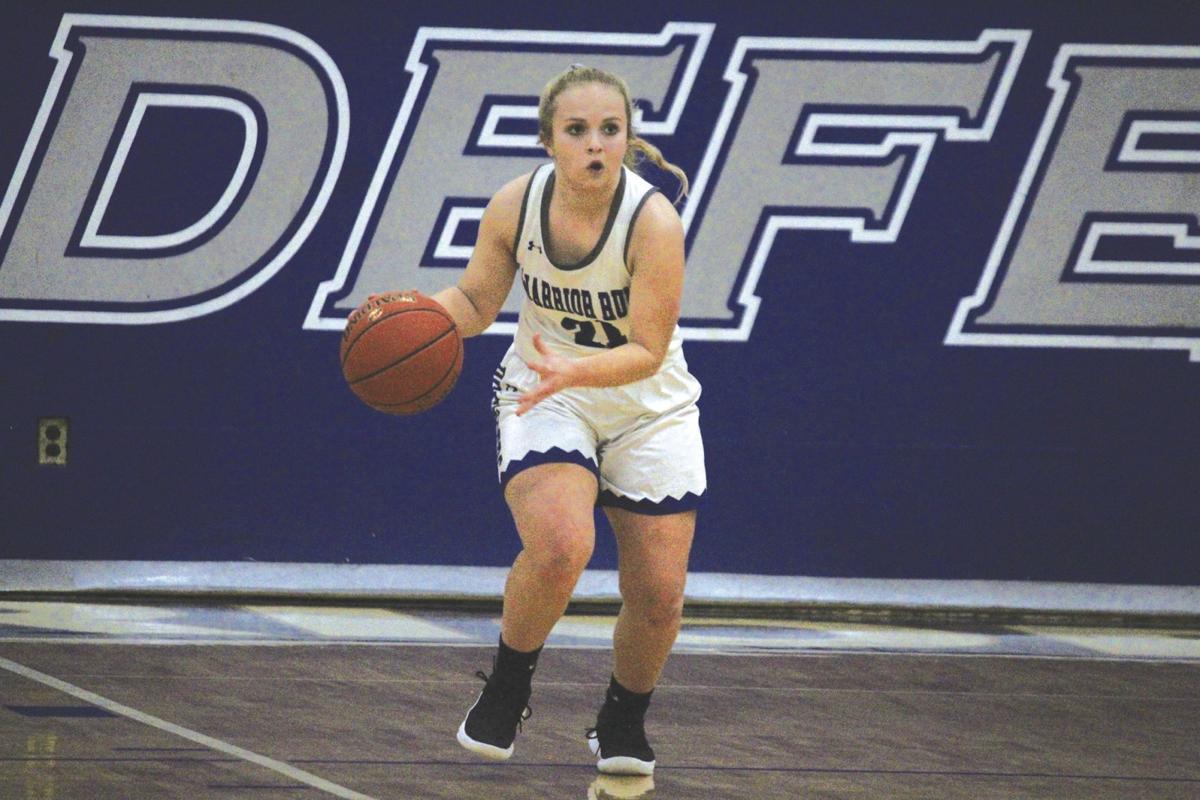 Warrior Run’s Gracy Beachel brings the ball up the court in the first half of Monday’s nonleague game against Millville. 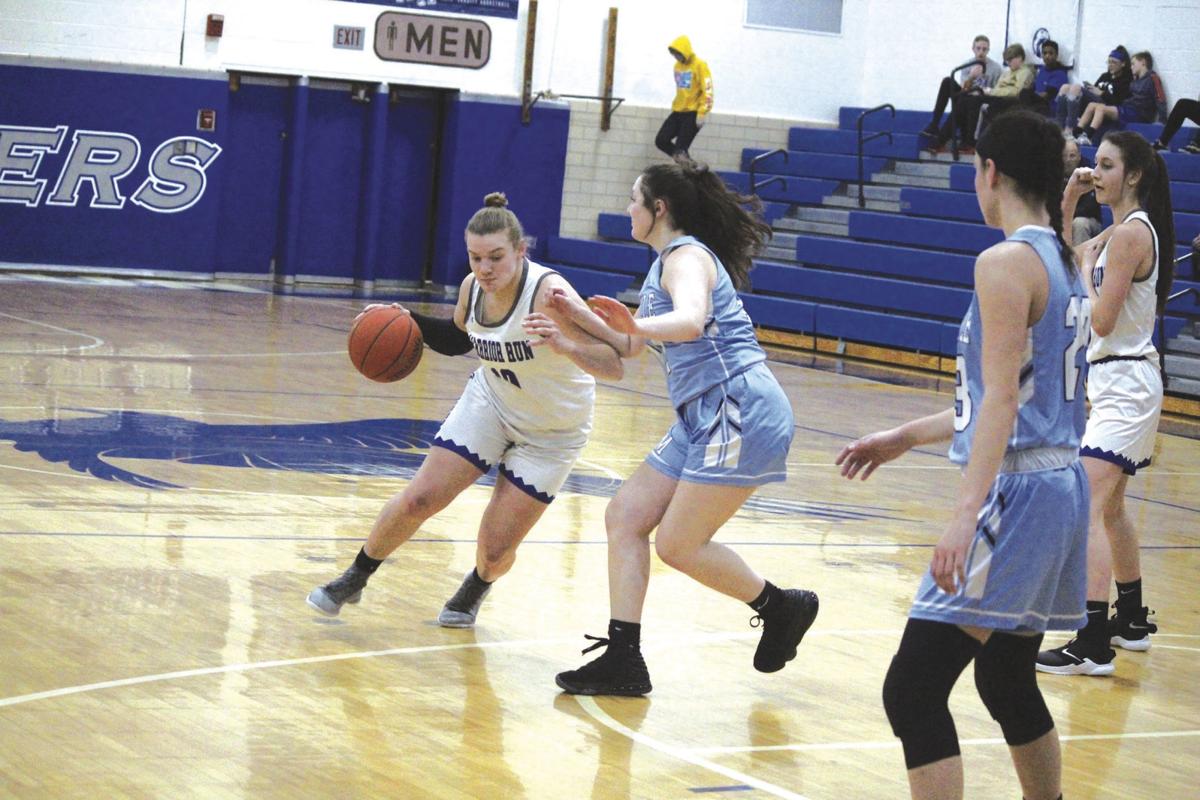 Warrior Run’s Sydney Hoffman drives around Millville’s Emma Kakaley to get to the basket in the first half of Monday’s non-league game against the Quakers.

Warrior Run’s Gracy Beachel brings the ball up the court in the first half of Monday’s nonleague game against Millville.

Warrior Run’s Sydney Hoffman drives around Millville’s Emma Kakaley to get to the basket in the first half of Monday’s non-league game against the Quakers.

TURBOTVILLE — It took Warrior Run’s girls basketball team until the waning moments of the first quarter to score its first basket against a 10-win Millville team on Monday.

But when the Defenders started to score against the Quakers, they kept on scoring.

Following a less than stellar opening to the game, Warrior Run would come alive and go on a 24-2 run to take control of the game and come away with a 52-40 nonleague victory over Millville.

“There’s one thing I can commend this team on is that they have heart and they don’t give up,” said Warrior Run coach Rachael Herb. “I’ll be honest, the entire year we haven’t been getting good starts at all. We are team that has not played a full game yet, but when we do play the quarters — we do tend to get up and we tend to keep (the lead) for the most part.”

A lay-up by Gracy Beachel with a few ticks left on the clock in the first quarter gave Warrior Run (8-4) the spark it needed after falling behind, 9-0.

Beachel followed with a 3-pointer from the right wing to start the second period before nailing another trey two minutes later to get the Defenders to within one (16-15) and begin the team’s 24-2 run.

“I call Gracy my silent killer. She just comes out of nowhere and she usually hits shots right when we need them,” said Herb. “That’s kind of been steady the last couple of games. We go down and she hits the shots to keep us in it.”

From there, Warrior Run couldn’t miss as Jordan Hartman sank a bucket prior to Sydney Hoffman nailing 3-pointers on back-to-back possessions, the latter tying the game at 18-all with under four minutes to play in the first half.

Hoffman then ended the first half with another trey to complete a 21-point second period and give the Defenders a 23-18 lead going into the locker room.

“Coach just told me to take over the game and do what I could to get the team going, because at the point guard position I have to facilitate the offense a little bit,” said Hoffman. “We didn’t shoot incredibly well tonight. Outside of a couple of shots we really missed a lot. We’ve really been doing that all season, and we just need to get into a groove, but the second quarter was really important because we kind of started to score inside and out and that’s due to our forwards and size.”

The Defenders carried their hot hand into the second half where another 3-pointer from Hoffman was followed by a jumper by Emily McKee, plus a lay-up as well as a trey by Beachel to put Warrior Run up, 34-20.

“The girls came out (in the second period) with intensity, they came out with heart and they came out wanting the (game) more than Millville,” Herb said. “All we can teach them is, ‘Ladies, you got to have a sense of pride when you’re out there. Love what you’re doing and do it right, and take the opportunities when they are presented and learn to work together.’

“I think when they learn to pass and distribute the ball appropriately and set up for the shots that are actually there, it lights them all up,” added Warrior Run’s coach.

However, a bucket and a couple of free throws from Hoffman sealed the win for the Defenders.

“It’s them coming together as a team and recognizing they need to get the job done,” said Herb. “We’re learning how to finish a game. You can’t just play offense and expect the defense to fall into place. You have to play both, and that’s something where they’re learning how to handle the runs because every team is going to have a run, but for us we need to work on stopping those runs a lot sooner.”

Warrior Run next plays at Juniata for a non-league contest at 7:30 p.m. Wednesday.