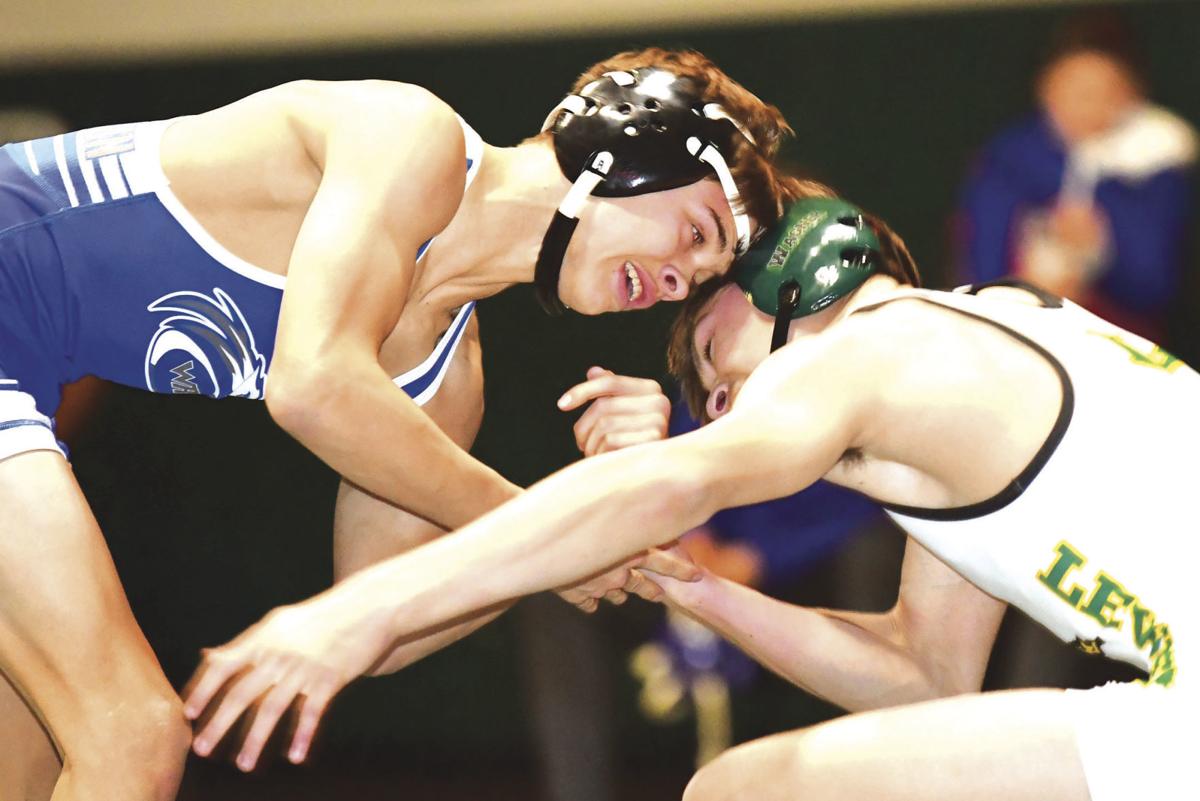 Lewisburg’s Kaiden Wagner, right, reaches for the leg of Warrior Run’s Kaden Majcher during their 113-pound bout Tuesday night. Wagner used a first period takedown to fuel a 3-2 win in the battle of state-ranked wrestlers. 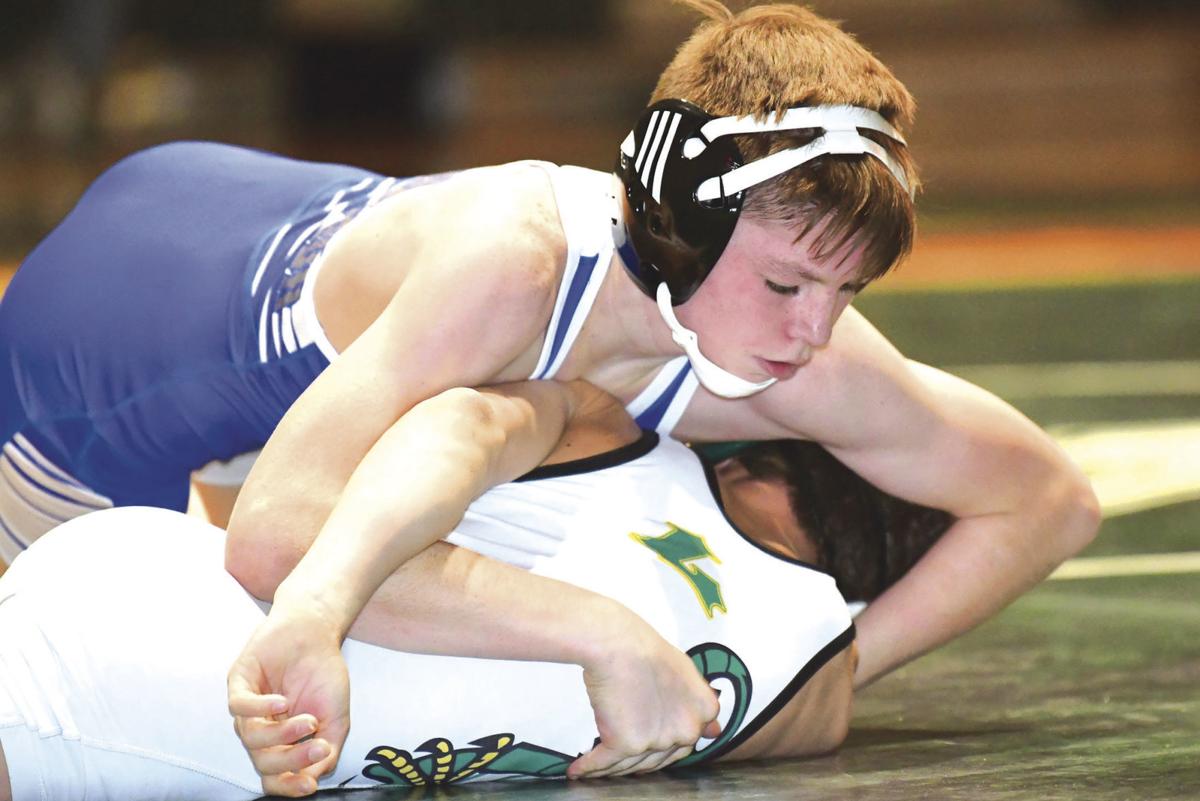 Lewisburg’s Kaiden Wagner, right, reaches for the leg of Warrior Run’s Kaden Majcher during their 113-pound bout Tuesday night. Wagner used a first period takedown to fuel a 3-2 win in the battle of state-ranked wrestlers.

But it wasn’t the Defenders’ victories in a 48-26 triumph that stood out afterward in the mind of coach Jeremy Betz. Instead, it was the supreme effort of junior Kaden Majcher that stuck out to the veteran coach.

Sure, Majcher dropped a hard-fought 3-2 decision to Lewisburg’s Kaiden Wagner in the meeting of state-ranked wrestlers at 113 pounds but what impressed Betz was how Majcher, ranked No. 20 by PA Power Wrestling, has narrowed the gap on Wagner, who is ranked No. 14 and was a state qualifier a year ago.

Wagner managed to convert a first period takedown but couldn’t solve Majcher in the second or third periods. Last season, Wagner pinned Majcher in the first period of their regular season match-up and dominated in a 14-3 major decision at the district tournament.

“Their matches weren’t close last season but he was competitive, scoring points, getting off bottom this time,” Betz said. “I think the King of the Mountain and the Trojan Wars tournaments showed him that he can compete with the top guys.”

It was a bout that Lewisburg coach Justin Michaels was happy to see Wagner get during the regular season.

“Hats off to Kaden Majcher,” Michaels said. “He came out with a game plan and shut Kaiden down. Majcher wrestled a smart match and made adjustments to the matches they wrestled last year. That was a good match for both of those guys. It’s a match that will make both of them better. Wagner will learn from it.”

While the Defenders earned just one medal at the KOM and Trojan Wars — freshman Kaden Milheim’s runner-up finish at 106 in Chambersburg — Betz said the lesson’s learned in some hard losses against the state’s best will pay off as the season progresses.

“The hardest part of our season is behind us,” Betz said.

With his team resembling a M*A*S*H unit these days — a dislocated elbow, a sprained ankle, a concussion, and a lingering sickness are some of the team’s medical problems — Michaels is hoping his team will heal soon.

“We just don’t have the bodies to put out their right now,” said Michaels who was forced to forfeit the first two bouts of the night at 170 and 182. “It seems like every injury is causing us to miss a guy for a week, or two weeks.”

“We were sluggish tonight and I think that having seven matches in three days last week was responsible for that,” said Michaels whose team fell to 6-5 and 1-1 in the HAC-II. “Hats off to Warrior Run. We have to learn from this.”

Said Betz, “We were preaching in practice the the other day about the importance of getting seven, six-point victories. That’s kind of what you are shooting for in a match. You are going to win every match if you do that. We got that taken care of tonight.”