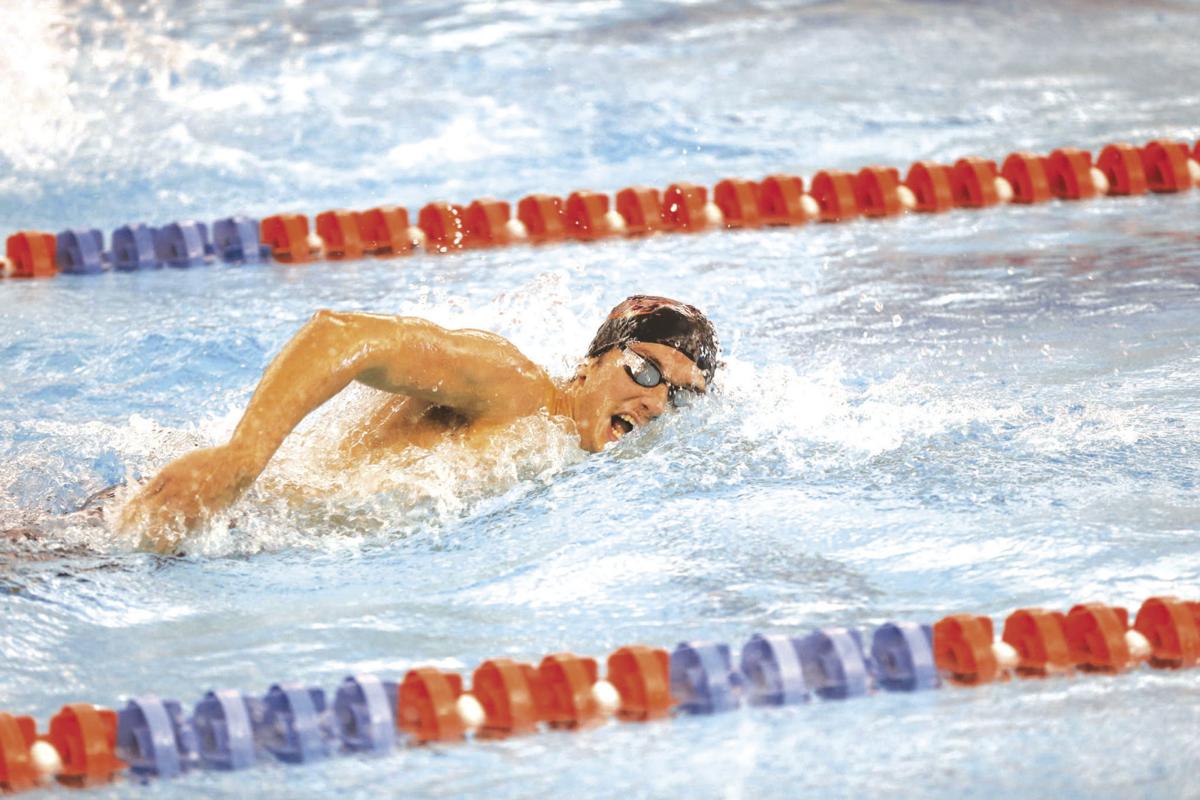 Susquehanna University’s Brett Walker, a graduate of Lewisburg Area High School, is seen in action earlier this season. Walker and the rest of the River Hawks will be competing in the Landmark Conference Championships beginning today and running through Sunday. 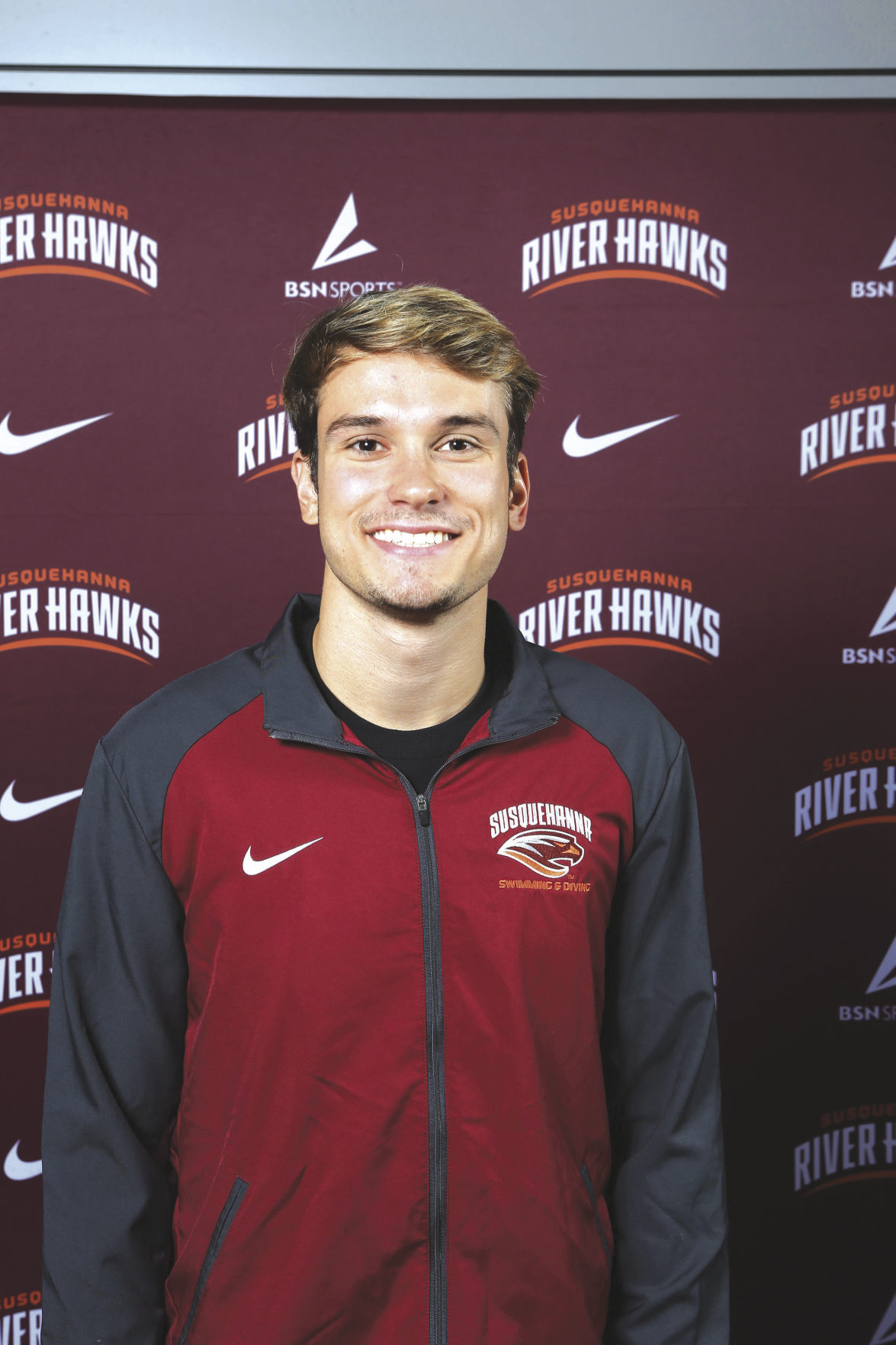 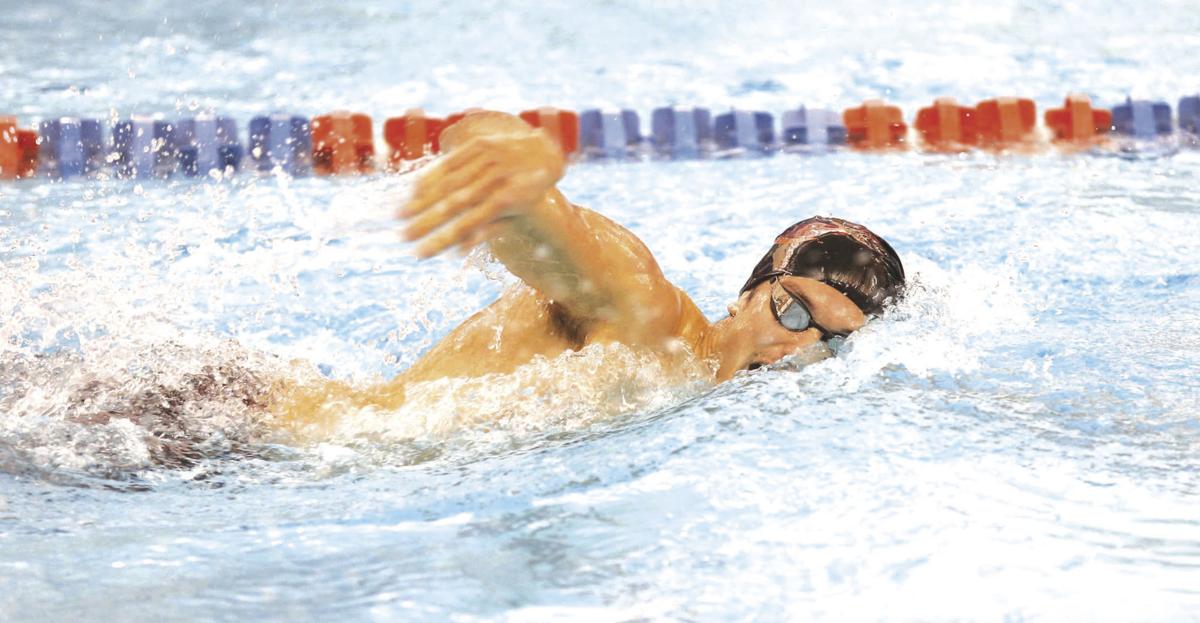 Lewisburg High School graduate Brett Walker, a junior at Susquehanna University, swims one of his freestyle events earlier this season for the River Hawks.

Susquehanna University’s Brett Walker, a graduate of Lewisburg Area High School, is seen in action earlier this season. Walker and the rest of the River Hawks will be competing in the Landmark Conference Championships beginning today and running through Sunday.

Lewisburg High School graduate Brett Walker, a junior at Susquehanna University, swims one of his freestyle events earlier this season for the River Hawks.

The 20-year-old graduate from Lewisburg Area High School who happens to be a business administration major, is ready to get down for even more business this weekend as he prepares to compete in the Landmark Conference Championship Meet.

The three-day meet begins today and runs through Sunday at the Germantown Indoor Swim Center in Towson, Md. The preliminaries begin at 10 a.m. each day, with the finals slated to start between 5-6 p.m. each day as well.

It has already been a whirlwind year for Walker, who after studying abroad in the fall didn’t get back into the pool this academic year until November.

“My junior year has been an eventful one. I spent my first semester studying abroad in the Gold Coast of Australia, returning in late October after the end of the trimester program I was participating in,” said Walker, the son of Greg and Bonnie Walker of Lewisburg. “As far as my season goes I have no complaints with the progress I was able to achieve thus far. If I could rate my junior year as a whole I’d give it a 10-of-10, while my swim season would be a 7-of-10.”

Flash forward less than four months later and here Walker is, preparing for his third trip to the Landmark Championships.

Despite his lack of a preseason preparation, Walker still posted a number of wins this season for the River Hawks.

“Brett’s racing has come along as he’s felt better in the water. He shoulders a big load at each meet typically swimming the max four events you’re allowed,” said SU coach Michael Tubb. “He is a great racer and an excellent teammate, I am lucky to be able to coach him on a daily basis.”

“No, I didn’t think I’d perform this well coming off of my trip abroad. Luckily, I was able to get back in the pool and get to work almost a week after I returned from Australia,’ said Walker. “However, I don’t like to think too much about my previous swims and I’m looking forward to what I can do at the conference championships.

“I have gotten a few more event wins this season, and I’d attribute that to a refresher of my swimming career,” added Walker. “Being abroad I was able to take some time away from the sport, and that helped reset my mindset and come back with a purpose.”

Boy, did he ever.

Walker’s times in the 100 and 200 free are good for 11th-best in the conference this year, while his time in the 50 free is good for 13th heading into this weekend.

“Brett has come a long way this year, he got back from his GO program (a study abroad) in early November and was able to acclimate himself to the training quickly,” said Tubb. “With it being my first year I wasn’t sure what to expect with the juniors who went abroad, but I have been pleased with the progress he and other members of the team have made.”

“Currently, I would be most proud of my progress in the 100 free. This event has so much that goes into it, and during the Scranton meet I was able to post a 47.34 seconds off of my relay split,” said Walker. “It felt good to put up some decent times at the Scranton meet. My performance definitely has me excited for what I’ll be able to do this weekend.

“I like to focus more on what I learned from the last meet and less on the outcome. It helped me prepare through practicing racing,” added Walker. “I was able to identify what was lacking in my stroke, and what I needed to clean up going into the conference championships.”

This weekend, Walker will be competing in the 50, 100 and 200 free races. The relay races are a different matter.

“As far as relays go it all depends on who’s swimming the best times that day, and how we are going to score the most points as a team. As of now, I can’t confirm any specific relay placements,” said Walker. “I feel great going into the championships, our team has really come together this season and everyone is working their hardest. From this point on there is nothing we can do other than trust the work we put in and stay healthy for the weekend.”

A year ago, Walker earned four all-conference awards at the championship meet, which brought his career total to seven. He took second in the 200 free with a school record of 1:42.87, while also swimming on the second-place 200, 400, and 800 free relay teams.

“Last year’s Landmark Conference meet was the best performance I’ve had thus far in a swim meet. It helped me motivate myself to want to come back and beat all my personal bests,” said Walker. “Seeing my name on the record board every day in practice was just a subtle reminder I have to go faster this year if I want to come away with a first place finish in the 200 free.

“My biggest goal (this weekend) is to put in the work, and make sure that the team is ready to outwork everyone else in the pool,” added Walker. “If we can accomplish that no matter the outcome of the meet, nobody should be going home upset.”