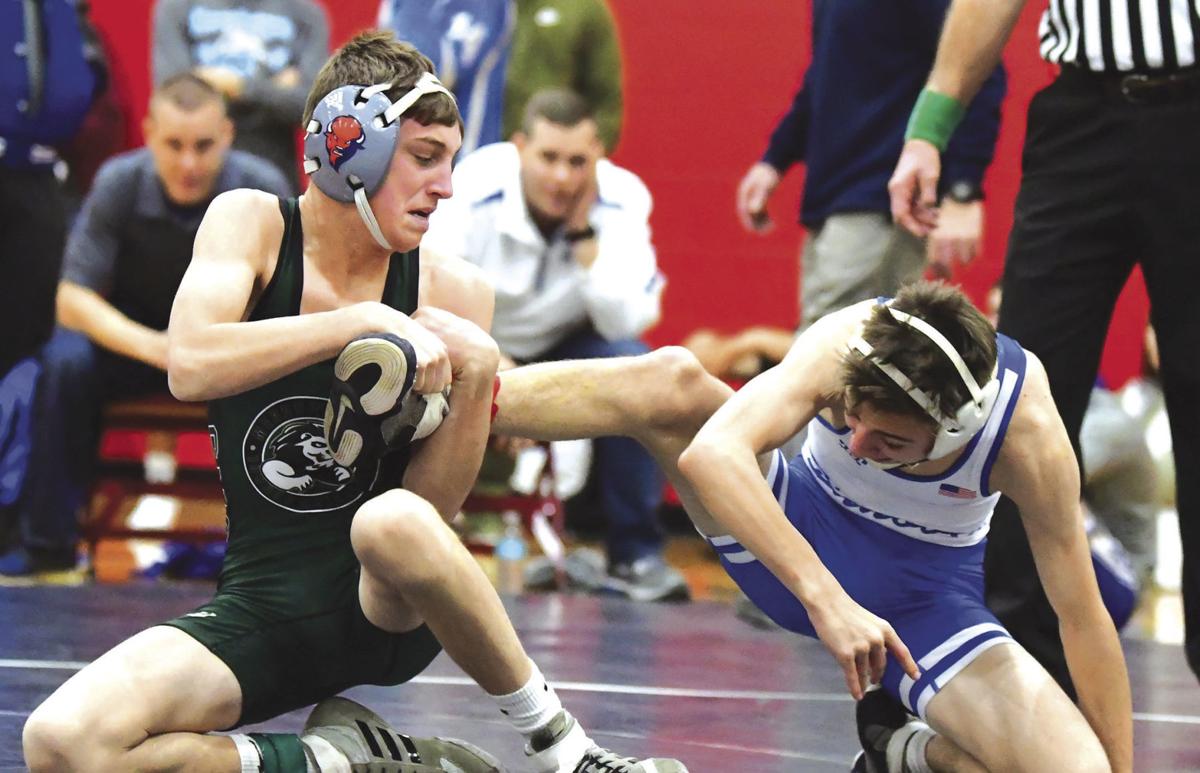 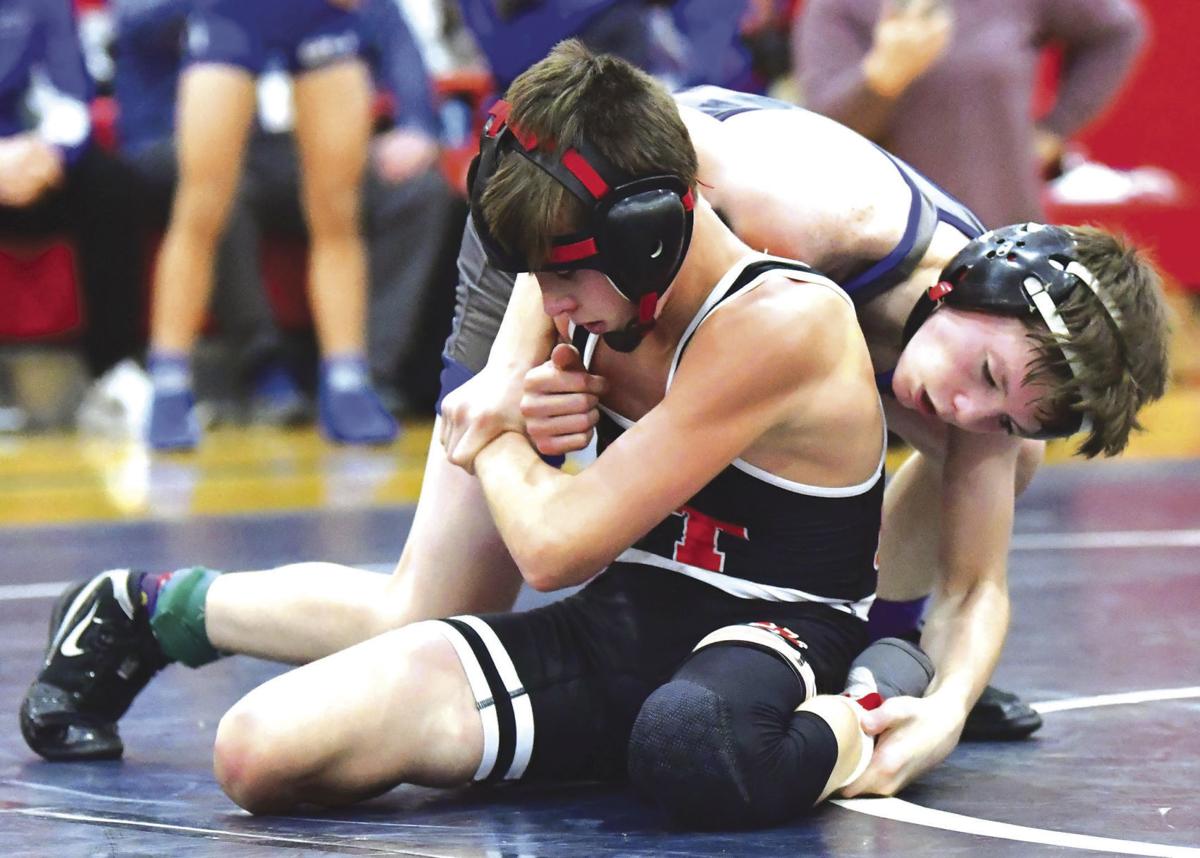 Meadowbrook Christian’s Gunner Treibley works on top against Mahanoy Area’s Tom Price during the second round of the Darren Klingerman Invitational wrestling tournament Friday night. Treibley won by fall in the second period.

Meadowbrook Christian’s Gunner Treibley works on top against Mahanoy Area’s Tom Price during the second round of the Darren Klingerman Invitational wrestling tournament Friday night. Treibley won by fall in the second period.

BLOOMSBURG — The era of wrestling at Meadowbrook Christian has begun. Forget that just two wrestlers were wearing the green singlets of the Lions on the opening night of the Darren Klingerman Invitation wrestling tournament at Bloomsburg. Cade Wirnsberger and Gunner Treibley both claimed impressive wins to reach the semifinals..

“Maybe in 10 years we’ll look back and remember that we started everything at this tournament with just two competitors,” head coach Garth Watson said. “Hopefully we can build the program. It’s certainly been exciting to have our wrestlers compete.”

Warrior Run brought a 14-man contingent to the DKI and moved three wrestlers into the today’s semifinals.

Veteran Noah Hunt who settled into the 132-pound weight class earlier than expected kicked off his senior season by pinned two opponents in the first period and will face Hayden Ward of Canton in the semis. Kaden Majcher (113) also produced two falls and will face Wirnsberger in the semis.

Freshman Kaden Milheim (106) gutted out a 5-4 win over Max Bluhm of Lackawanna Trail in his only bout of the night. He’ll take on Roger Learn of North Penn-Liberty in his semifinal.

“Both Kaden’s are scrappers,” said Warrior Run coach Jeremy Betz. “You can see the effect they are having on each other in the room. MIlheim loves wrestling. He eats, breathes, sleeps wrestling. You could see his maturity in his win. He was down a point but there was no panic.He set up a good shot, got the finish, and got the ride out.”

Wirnsberger and Treibley, both freshman for the fledgling program, showed similar maturity in their two victories. Wirnsberger dispatched North Penn-Liberty’s Braydon Gaverick with an arm bar for a a fall in 59 seconds and then dominated Cael Davis of Hanover Area, the second seed at 113, with two take downs and four sets of back points on the way to 16-1 (4:21) technical fall.

“Cade controlled the first match,” Watson said. “ “The kid from Hanover is tough and Cade dominated from the first whistle. He looks to be on a mission here early.”

Treibley also knocked off the second seed at 285 with a late-night 4-2 decision over John Snipes of Valley View. He opened with second period fall over Tom Price of Mahoney in his first match. Snipes finished third at last year’s DKI with a win over Price in the consolation final. Treibley gets the third seed, Mt. Carmel’s Austin Reed, in the semis.

“That’s a good start to your high school career when you can beat guys like that,” Watson said.

Lackawanna Trail leads the tournament with 79.5 points while Troy is second with 68. Defending champion Brockway is in third (64). Warrior Run is tied for seventh with Tamaqua (55). Meadowbrook sits 21st (18.5) in the tournament that includes 24 teams.