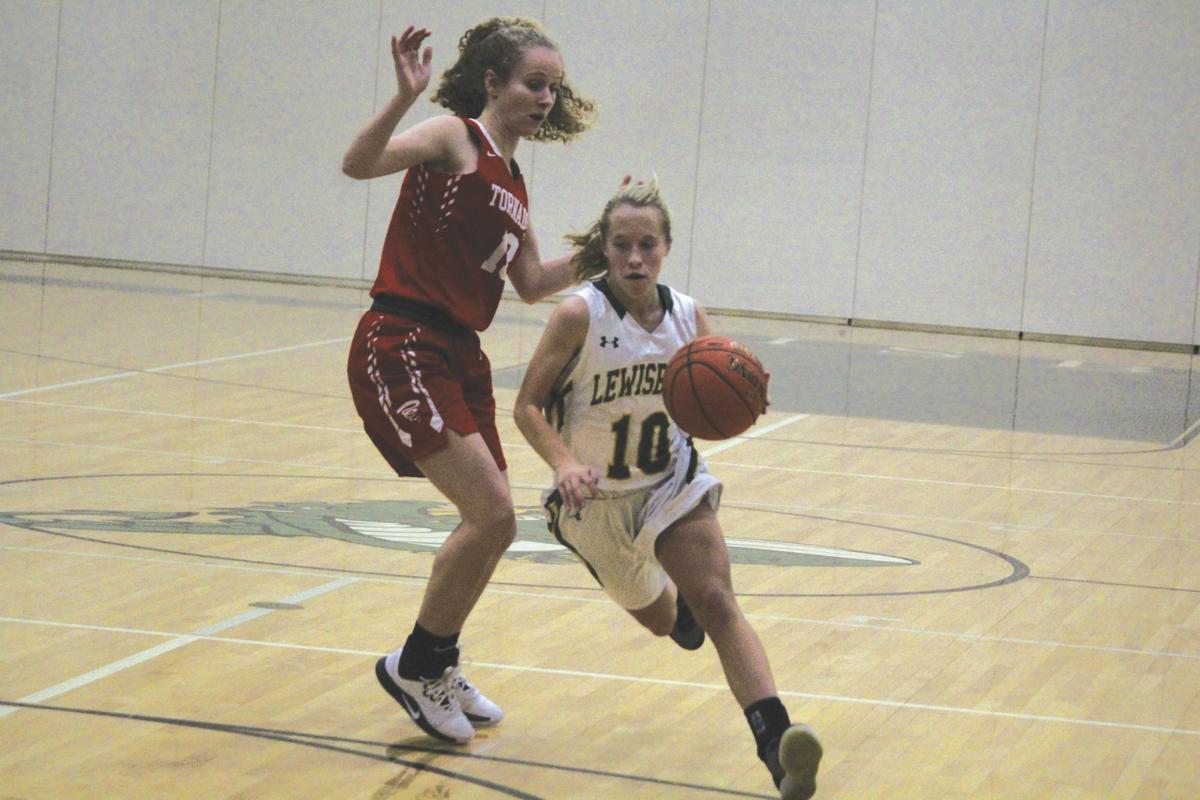 Lewisburg guard Sophie Kilbride drives past Mount Carmel’s Caroline Fletcher on the way to the hoop during Monday’s game at Lewisburg. 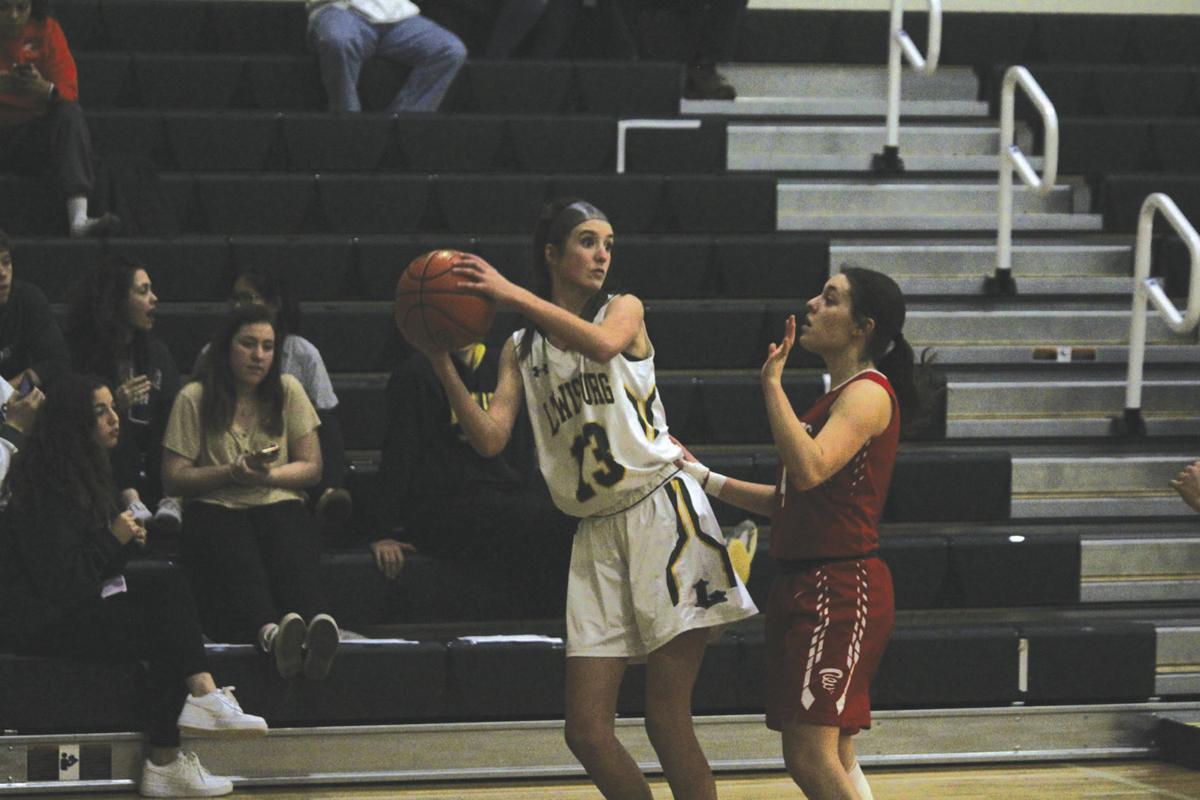 Lewisburg guard Sophie Kilbride drives past Mount Carmel’s Caroline Fletcher on the way to the hoop during Monday’s game at Lewisburg.

LEWISBURG — It’s no easy task for a young team to start off the season with a murderer’s row of opponents.

Such is the case for the Lewisburg Green Dragons, who skipped the frying pan and jumped right into the fire to open up the new season.

Facing Mount Carmel in a non-league matchup on Monday, Lewisburg couldn’t get its shots to fall early as the Green Dragons fell, 61-29.

“We are a young team and have a lot of younger girls (playing) bigger parts,” said Lewisburg coach Brent Sample. “We opened with Danville (a 50-28 loss) and Mount Carmel, and they are two extremely tough games for a young team trying to find an identity.”

After starting off slow in a home win over Bloomsburg on Saturday, Mount Carmel didn’t make the same mistake two games in a row.

Behind 10 first half points from Lauren Shedleski and nine from Brooke Bernini, Mount Carmel scored 36 points in the first half to open up a 36-15 halftime lead.

“It was nice to come on the road (and get the win),” said Mount Carmel coach Lisa Varano. “We got a lot of contributions from a lot of different people (Monday). Lewisburg is a good team, so it was a nice win.”

Mount Carmel (2-0) jumped out to a 9-0 lead nearly three minutes in when Shedleski and Bernini scored on back-to-back possessions, with Bernini nailing a 3-pointer from the left wing.

Another bucket by Bernini and then two short jumpers by Mia Chapmano later in the first built the Red Tornadoes’ lead to 15-0 before Alyssa Reisinger closed out the high-scoring quarter with a bucket to result in a 17-3 lead.

“We came out in our game (against Bloomsburg) on Saturday a little flat, so we really didn’t want that to happen again,” said Varano. “I think the girls responded really well and came out with a lot of energy.

That energy carried over into the second quarter, especially when Dani Rae Penno scored six of her 11 points in the period — all of which came in the opening four minutes — to help push Mount Carmel’s lead to 29-9.

Shedleski also had four points in the period, and she said the team entered the game a confident group after opening up a 36-15 halftime lead.

“We just came off a big win over Bloomsburg on Saturday, so coming out we had a lot adrenaline and we were really confident coming into tonight, and we all played really well,” said Shedleski. “We just knew we had to come out firing, and we knew we had to put our best foot forward starting off.

“We put up great numbers starting off, and I think we just kept on knocking down shots and finished (the game) off,” added Shedleski.

A pair of 3-pointers from Bernini and Shedleski midway through the third period kept Mount Carmel’s advantage to more than 20 points.

Then early in the fourth period, Renno quickly hit a free throw and a bucket to build Mount Carmel’s lead to 52-21 and the Red Tornadoes pulled away from there.

Sophie Kilbride led Lewisburg (0-2) with 10 points, plus Roz Noone had four points and seven rebounds for the Green Dragons.

After all was said and done, it was just one of those nights according Sample, whose team plays at defending District 4 champ Mifflinburg in its next game on Wednesday.

“It’s a long season, and we just have to (keep building) and learn from the mistakes that we made (in our first two games),” said Lewisburg’s coach. “We’ve seen two really good teams, and two good (post players), and it’s only going to make us better, as long as we learn from it. We can’t hang our heads and we have to keep playing hard and hopefully something will eventually click.

“I thought the games would be a little bit more competitive, but I thought we did some good things (Monday), but we just have to learn from the mistakes we made.”