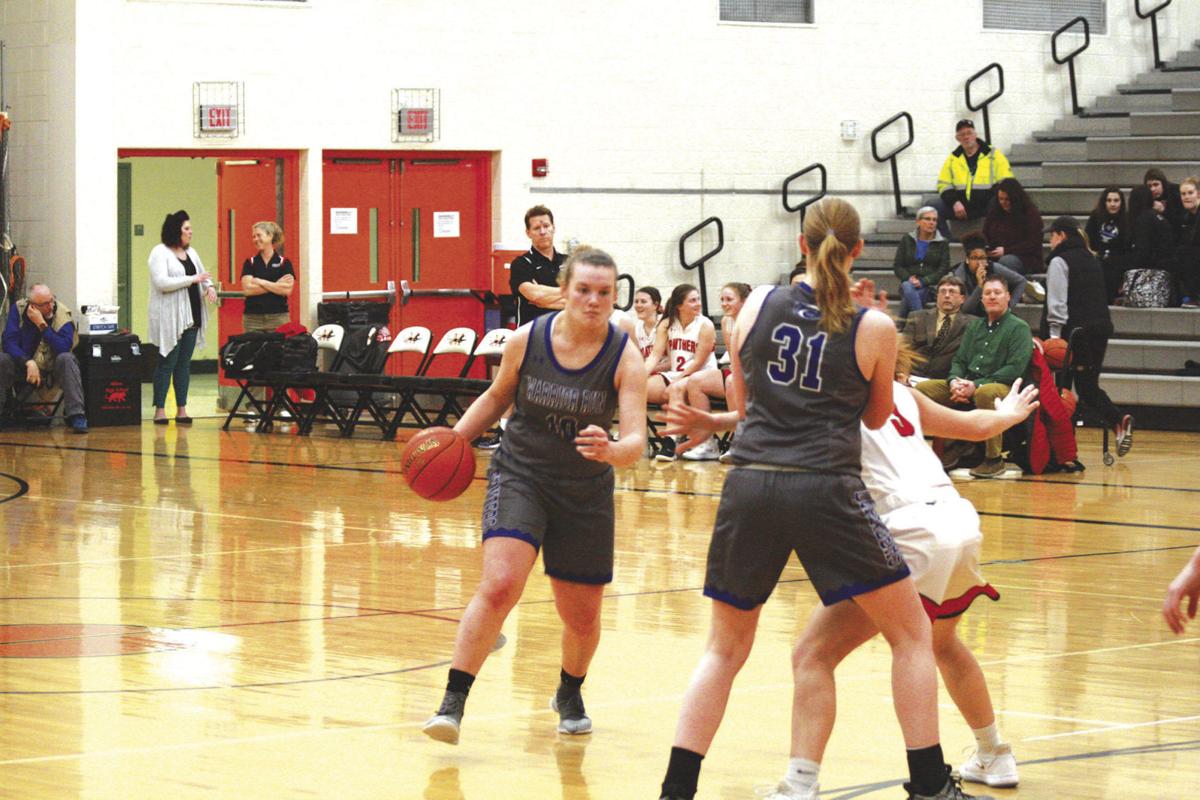 Warrior Run guard Sydney Hoffman uses a screen from teammate Marissa Pick (31) in order to get to the hoop in the fourth quarter of the Lady Defenders’ 53-31 loss to Bloomsburg in the District 4 Class 3A semifinals Wednesday. 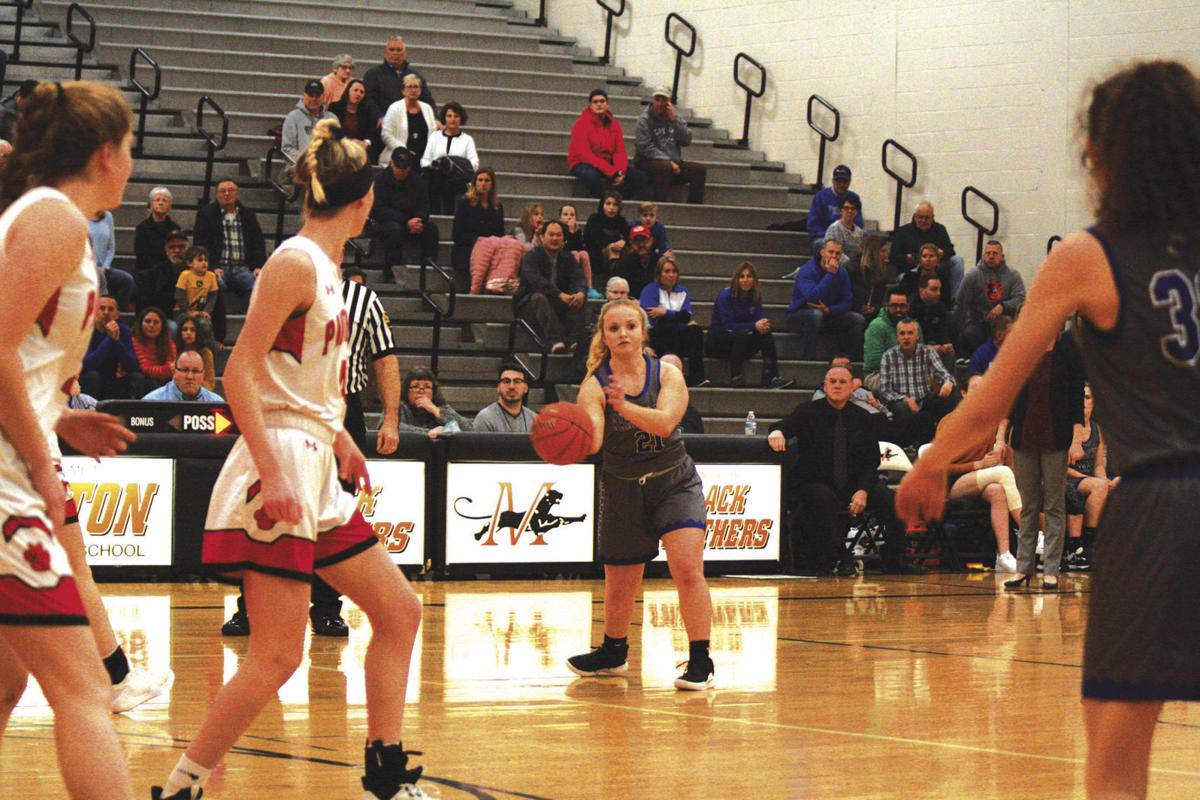 Warrior Run guard Sydney Hoffman uses a screen from teammate Marissa Pick (31) in order to get to the hoop in the fourth quarter of the Lady Defenders’ 53-31 loss to Bloomsburg in the District 4 Class 3A semifinals Wednesday.

That’s exactly what happened to the No. 3 Warrior Run girls in their District 4 Class 3A semifinal matchup against Bloomsburg Wednesday night in The Jungle at Milton Area High School. The Lady Defenders went ice cold in the second quarter and were outscored 19-2 in the period as the Panthers took control and never looked back on their way to a convincing win and a berth in the District 4 Class 3A title game against No. 1 Loyalsock.

“Our game plan was to go out and shoot the ball, shoot it, shoot it, shoot it. We were trying to beat the odds and hopefully the more we shoot it, the more it goes in,” Warrior Run head coach Rachael Herb said. “Unfortunately, we knew our inside presence wasn’t going to be there without Emily (McKee) and my heart goes out to my girls. They worked so hard all year and to have a moment like that toward the end of the season where a key component of your team goes down, it hurts.”

The Lady Defenders were again without sophomore forward Emily McKee, who suffered a knee injury in the third quarter of the regular season finale against St. John Neumman. At the time of her injury, McKee was leading the Lady Defenders in scoring with 16.1 points per game and was also one of the team’s top rebounders and against the Panthers, her size and interior presence were certainly missed.

Bloomsburg dominated the glass and pulled down a remarkable 54 team rebounds in the victory compared to just 25 for Warrior Run. The Panthers had two players reach double figures in rebounds with Kailey Zentner corralling a game-high 14 boards in the win.

Both teams started slowly offensively and the first period ended in a tie, 8-8.

The Panthers began to find their feel from the field in the second quarter while Warrior Run struggled mightily in the offensive zone. Bloomsburg went on a 17-0 run in the quarter before Gracy Beachel stole the ball and scored the Lady Defenders’ only points of the period with just under 10 seconds left in the half. The Panthers were able to get those points right back thanks to Rylee Klinger’s buzzer-beating lay-up and Bloomsburg entered the locker room with a 17-point advantage, 27-10.

The Lady Defenders were limited to single digits in the scoring column in three of the game’s four quarters and aside from a 12-10 advantage in the final period, the Panthers won each of the first three quarters convincingly.

Warrior Run played solid defensively in the first half, but the Panthers’ rebounding advantage led to several second- and third-chance points for Bloomsburg.

“That’s what hurt, defensively, we wanted to force outside shots and we did exactly what we wanted, but when you’re not boarding, it hurts,” Herb said. “They’re a solid team, I look forward to playing them next year with Emily back.”

Warrior Run guard Sydney Hoffman was limited in the first half after she picked up her third foul of the game with 4:27 left in the second quarter. With no McKee and Hoffman on the bench in foul trouble, the game began to slip away from the Lady Defenders.

Warrior Run will now play No. 5 Central Columbia in the District 4 Class 3A consolation game at 6 p.m. Saturday at Shikellamy High School with a trip to the state tournament on the line. Bloomsburg will face No. 1 Loyalsock in the championship game at 8 p.m. Saturday, also at Shikellamy.

For now, Herb knows that her team still has something to play for and in order to make the state tournament, the Lady Defenders must forget the sting of their semifinal loss and move forward.