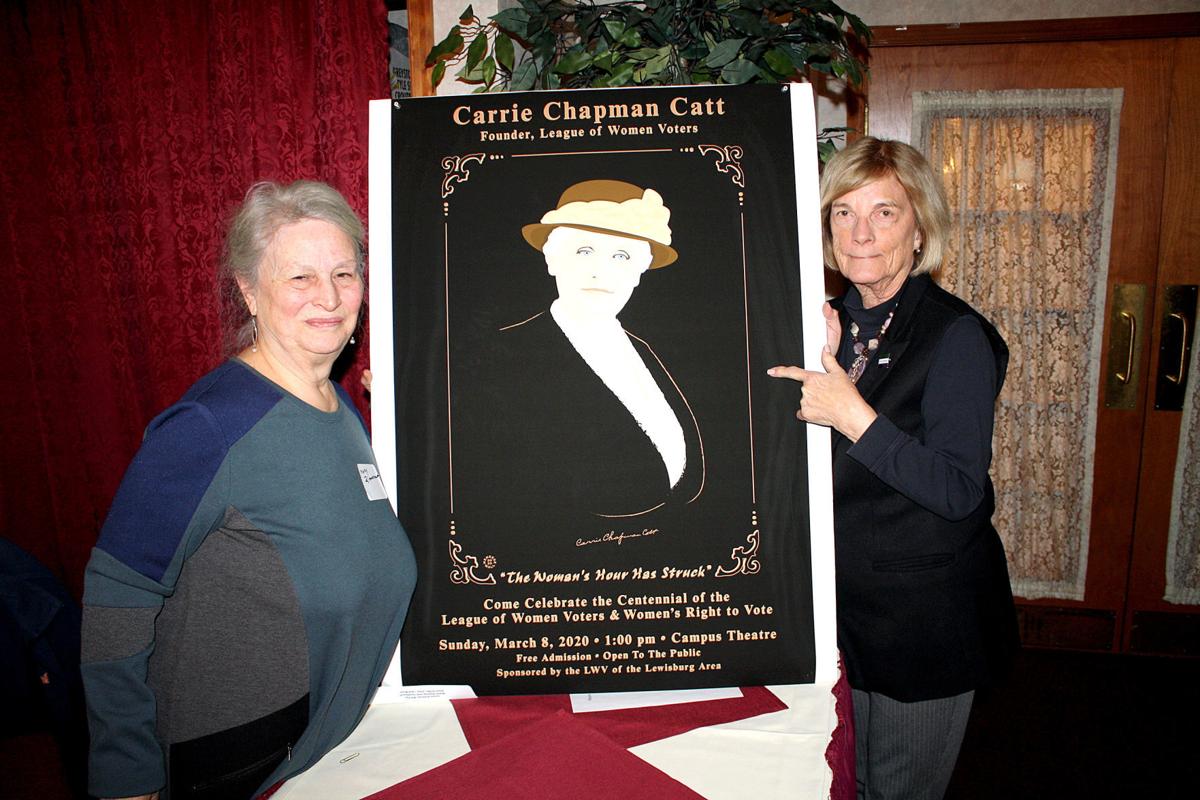 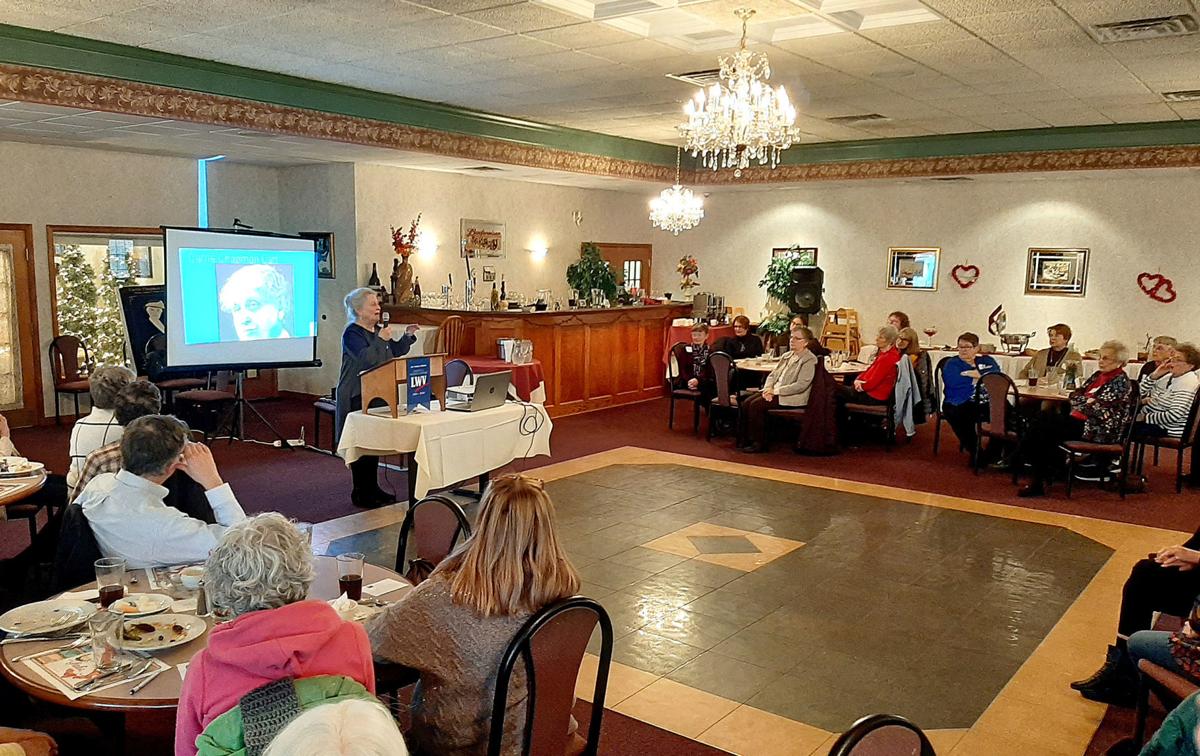 Mary Zimmerman, LWVLA immediate past president, addressed a league Lunch Forum about the campaign to pass and ratify the 19th Amendment.

Mary Zimmerman, LWVLA immediate past president, addressed a league Lunch Forum about the campaign to pass and ratify the 19th Amendment.

LEWISBURG — How the right of women to vote was secured was the topic of a Lunch Forum hosted by the League of Women Voters of the Lewisburg Area (LWVLA).

Mary Zimmerman, LWVLA immediate past president, told a gathering at La Primavera that the work of Carrie Chapman Catt (1895-1947) was essential to the ratification of the 19th Amendment which granted that right.

Efforts started in the 19th Century and were plagued by factionalism. But Zimmerman said Catt was superior to her peers in that she was a “magnificent” organizer.

“That’s what they needed,” Zimmerman said. “They’ve been divided into two factions for 45 years and needed somebody with strong organizational skills to pull this together.”

Rather than being more radical, Zimmerman noted that Catt’s approach was different. Catt created suffrage universities, training sessions on how to lobby and organize so that each state could build a solid organization to promote the cause. She said the approach helped the calm the rifts which had developed within the movement.

Zimmerman said she was surprised that the American women’s suffrage movement had acquired a martyr. Inez Milholland, she noted, attempted to travel and give speeches while ill with pernicious anemia.

“(Milholland) got sick and died,” Zimmerman said. “She collapsed on stage giving a speech about women’s suffrage.”

Zimmerman outlined the lore of the 19th Amendment and how members of Congress left ill loved ones or were infirm themselves yet managed to vote in favor. She explained that Tennessee, the last state to ratify, also endured a close vote in its General Assembly.

The Equal Rights Amendment (ERA), considered a more thorough enfranchisement of women than the 19th amendment, was ratified by Virginia last week. The action made Virginia the 38th state to ratify the amendment, first introduced in the 1920s and revived at times since.

Zimmerman said it was unclear wether the ERA would ever be added to the Constitution as some states have de-ratified the ERA as time has passed. She noted there was a chance it could be reintroduced.

The LWVLA will host a celebration of the centennial of the League and ratification of the 19th Amendment, at 1 p.m. Sunday, March 8 at the Campus Theatre, Lewisburg.