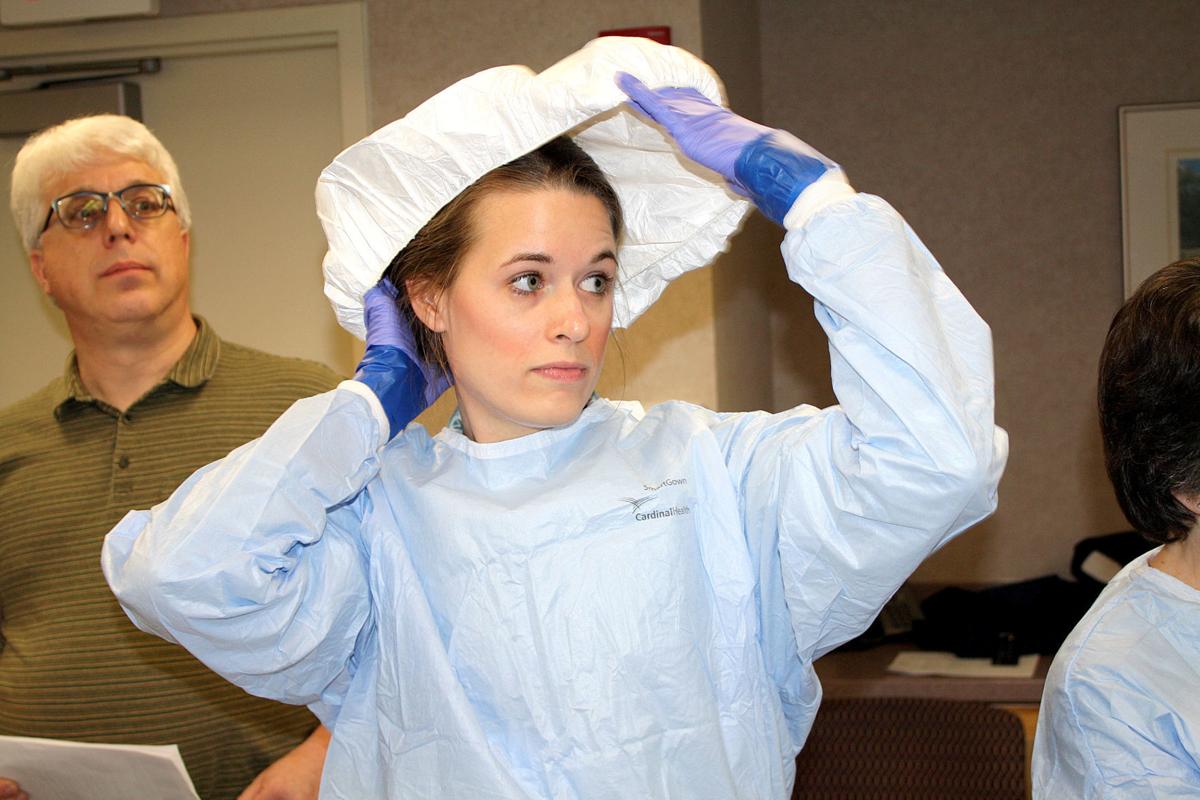 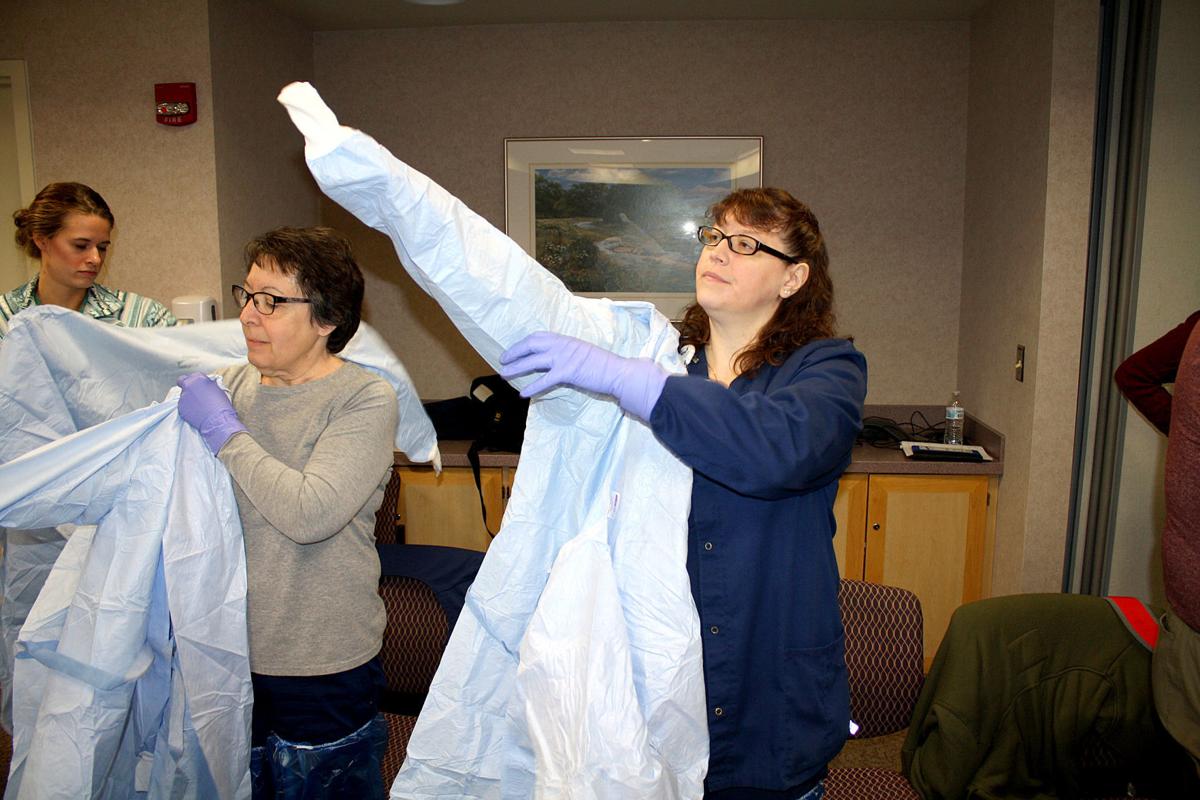 Patti Faux RN and Johnette Bennage RN, of Evangelical Community Hospital, gets into a protective gown during training meant to prepare providers in case of an infectious disease outbreak. 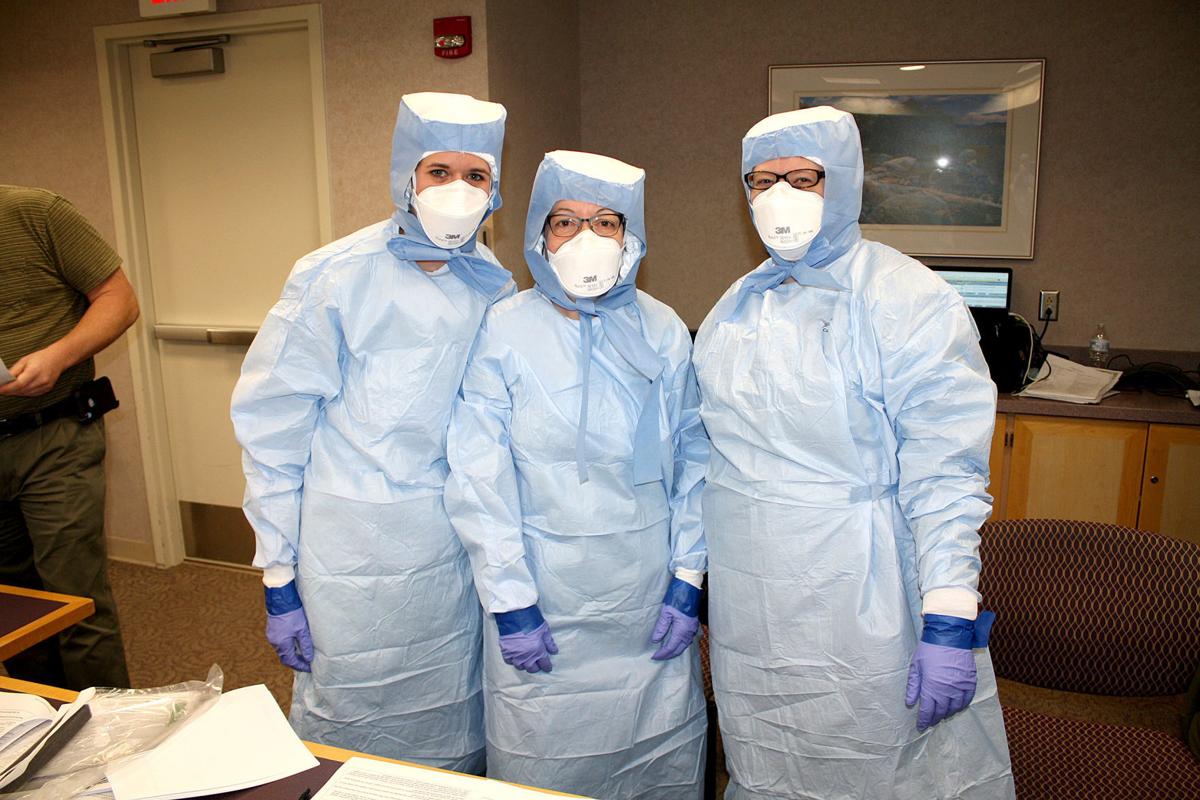 Patti Faux RN and Johnette Bennage RN, of Evangelical Community Hospital, gets into a protective gown during training meant to prepare providers in case of an infectious disease outbreak.

LEWISBURG — Experts in preparedness worked to be even more prepared Wednesday.

Evangelical Community Hospital and the Hospital Association of Pennsylvania hosted a training session so that providers know what to do in case of an outbreak of a highly infectious disease.

Ebola and measles were mentioned as diseases to be ready for.

Matt Exley EMT, emergency preparedness coordinator for the hospital, said the program would prep providers for all diseases not seen on a regular basis.

The class was unique, Exley said, in that the students stayed in personal protective equipment for the rest of the day and practiced procedures.

Practice areas were set up in the Evangelical basement with stations where “blood” was drawn from life-like arms. Participants also trained with an isolation pod, a container which allows patients to be transported out of the facility without exposing people to pathogens.

Exley said environmental services personnel are usually in charge of cleaning rooms where there have been spills. But in cases of highly infectious disease, providers in special gear were training in cleanup to limit the number of people exposed.

Participants also included emergency managers, Department of Justice employees and others who just wanted to get more information.

The program was funded by a federal grant stemming from a 2015 ebola outbreak.