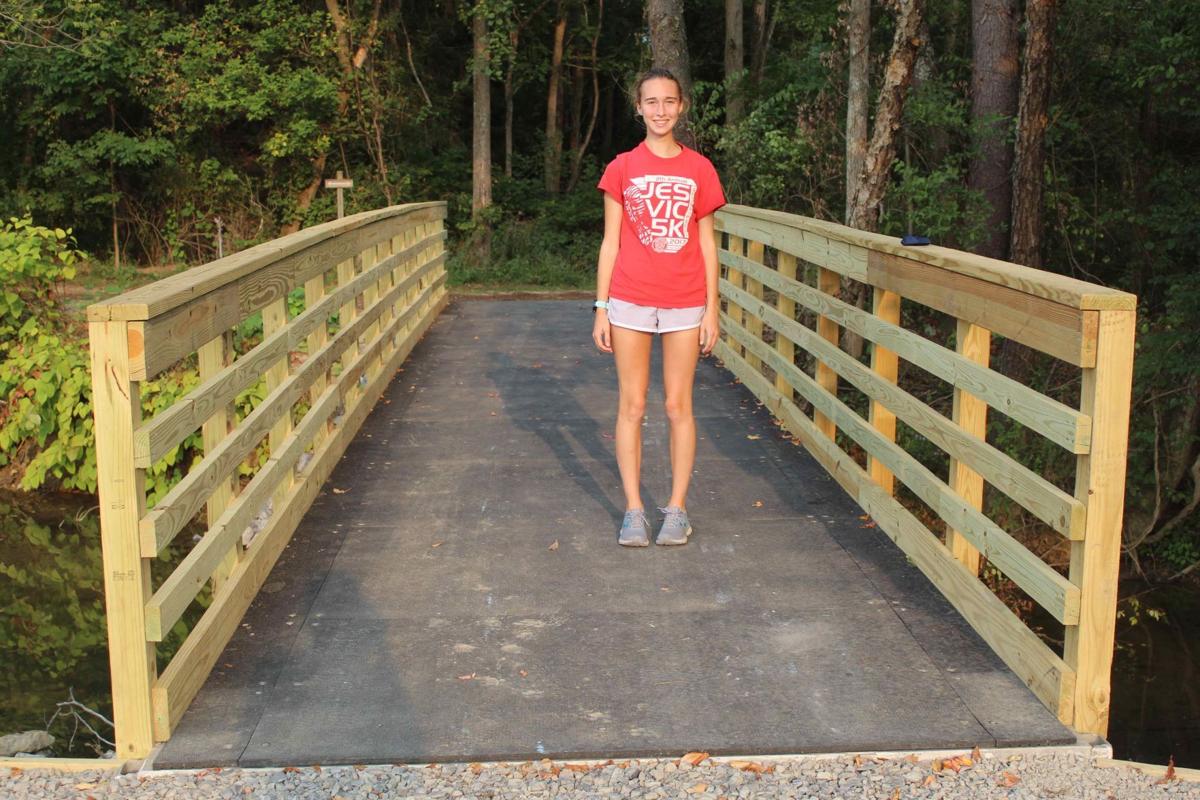 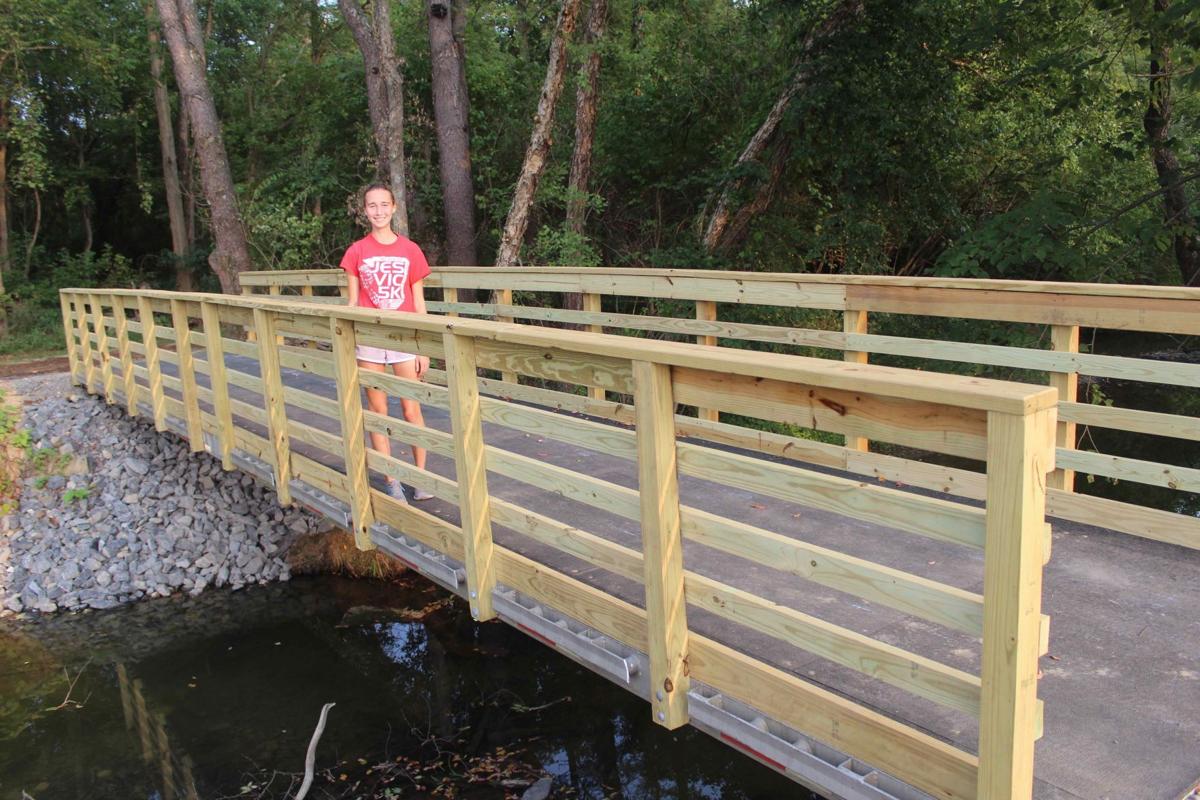 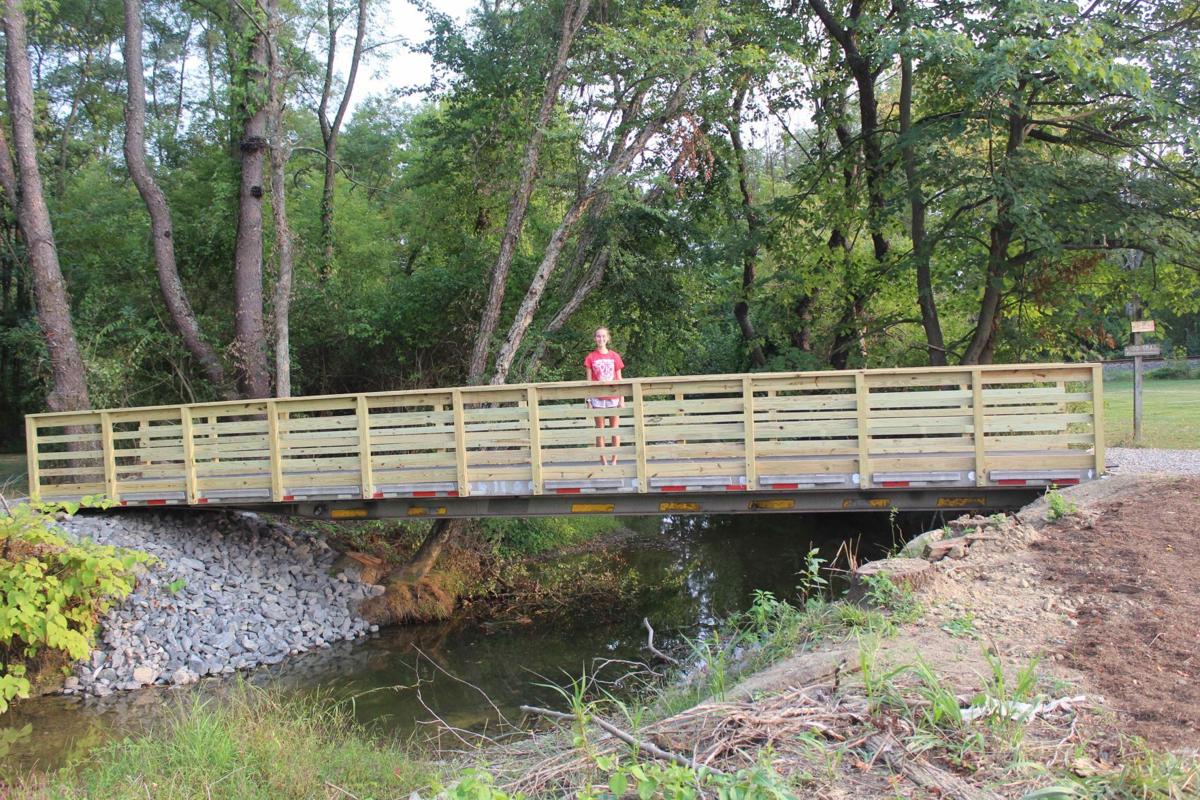 Alyssa Hoffman stands on a 43-foot-long footbridge which was installed over Warrior Run Creek for her Girl Scout Gold Award project. 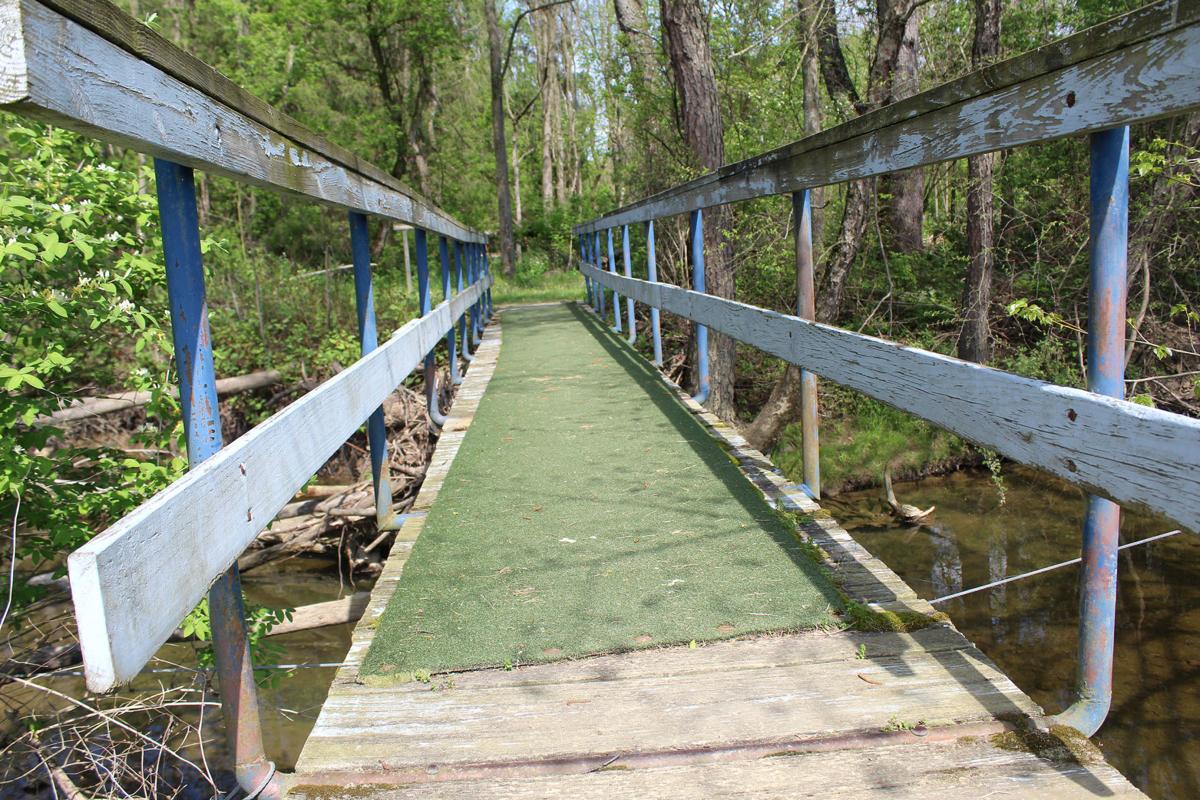 This deteriorating footbridge which stood for more than two decades on the Warrior Run School District’s cross country course has been replaced by a new bridge for Alyssa Hoffman’s Girl Scout Gold Award project.

Alyssa Hoffman stands on a 43-foot-long footbridge which was installed over Warrior Run Creek for her Girl Scout Gold Award project.

This deteriorating footbridge which stood for more than two decades on the Warrior Run School District’s cross country course has been replaced by a new bridge for Alyssa Hoffman’s Girl Scout Gold Award project.

TURBOTVILLE — Alyssa Hoffman felt a sense of satisfaction the first time she ran across a 43-foot long footbridge which now spans Warrior Run Creek on the grounds of the Warrior Run middle school/high school complex.

Hoffman, a Warrior Run senior, led the installation of a new footbridge for her Girl Scout Gold Award Project. The new bridge, which is part of the district’s cross country course, replaced one which had been heavily used by student athletes for more than two decades and was deteriorating.

A member of the school’s cross country team, as well as Girl Scout Troop 61121 of Watsontown, Hoffman was “really happy” the first time she crossed the bridge as she wasn’t sure it would be installed in time to be used during her senior year.

“There was a lot of people involved,” she said, adding that she was thankful for the community support for the project. “We finished it two weeks ago.”

Hoffman offered special thanks to Warrior Run school board President Doug Whitmoyer, who secured a flatbed from a trailer truck to be used as the base for the bridge. He also donated cow mat to cover the flatbed’s top surface.

Kip Hoffman, Alyssa’s father, said the cow mat is the same material used by farmers. It will help make the surface less slippery in the event that athletes must cross it while running in the rain.

Alyssa said T-Ross Brothers Construction donated a crane which was used to lift the flatbed into place. Watson Excavating completed work along the foot of the bridge.

Other project donors, Alyssa said, included Your Building Center and Lewisburg Builders Supply. She worked with Mid-Penn Engineering on the design of the bridge.

A wood railing on the sides of the bridge was installed by Alyssa, her family and friends. She also noted that the Warrior Run school board previously committed $19,000 to assist with the project.

Within the next several weeks, Alyssa will be filing the final paperwork needed to receive her Gold Award. She’s not sure when the award may be presented.

The former bridge was badly chipped, and the boards were starting to rot. Kip said it was moved to the spot from another location along Warrior Run Creek in the late 1990s, and had not been worked on since.

Alyssa is the daughter of Kip and Tamara Hoffman.