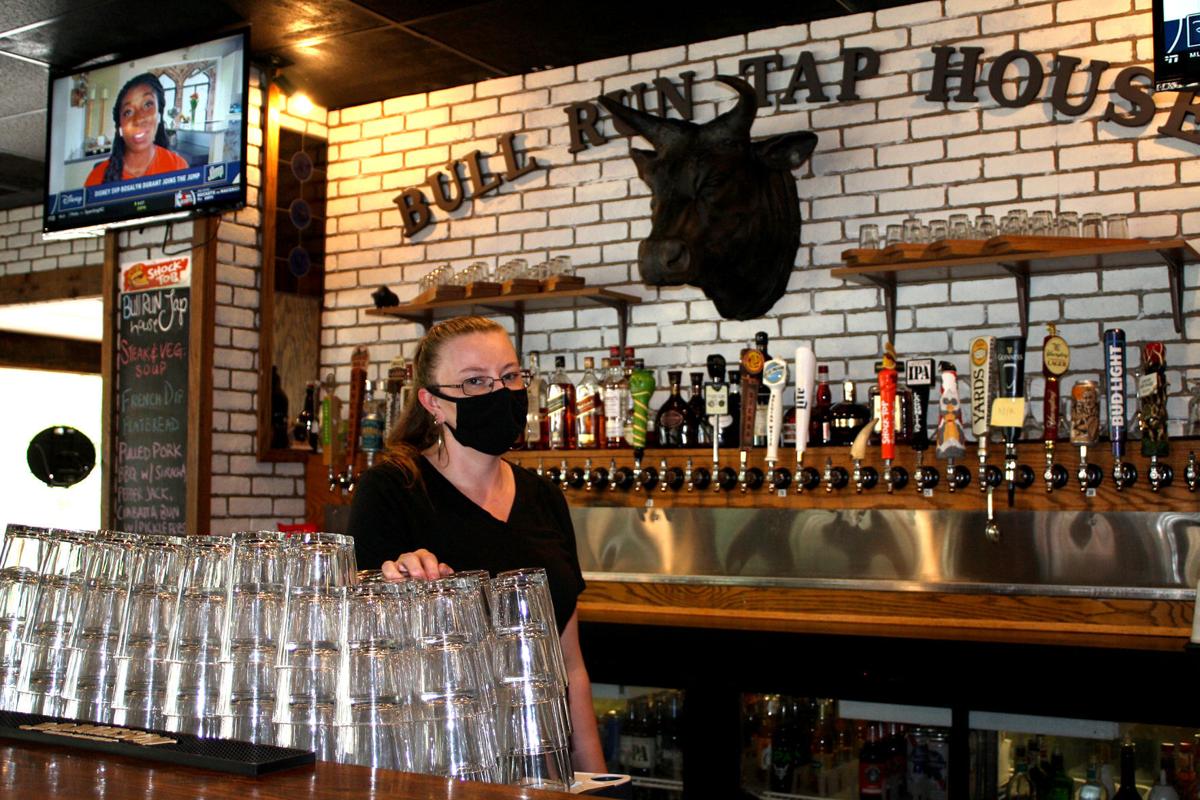 Liz Knelly, Bull Run Tap House employee, stands behind a bar at where customers are not currently permitted to sit. 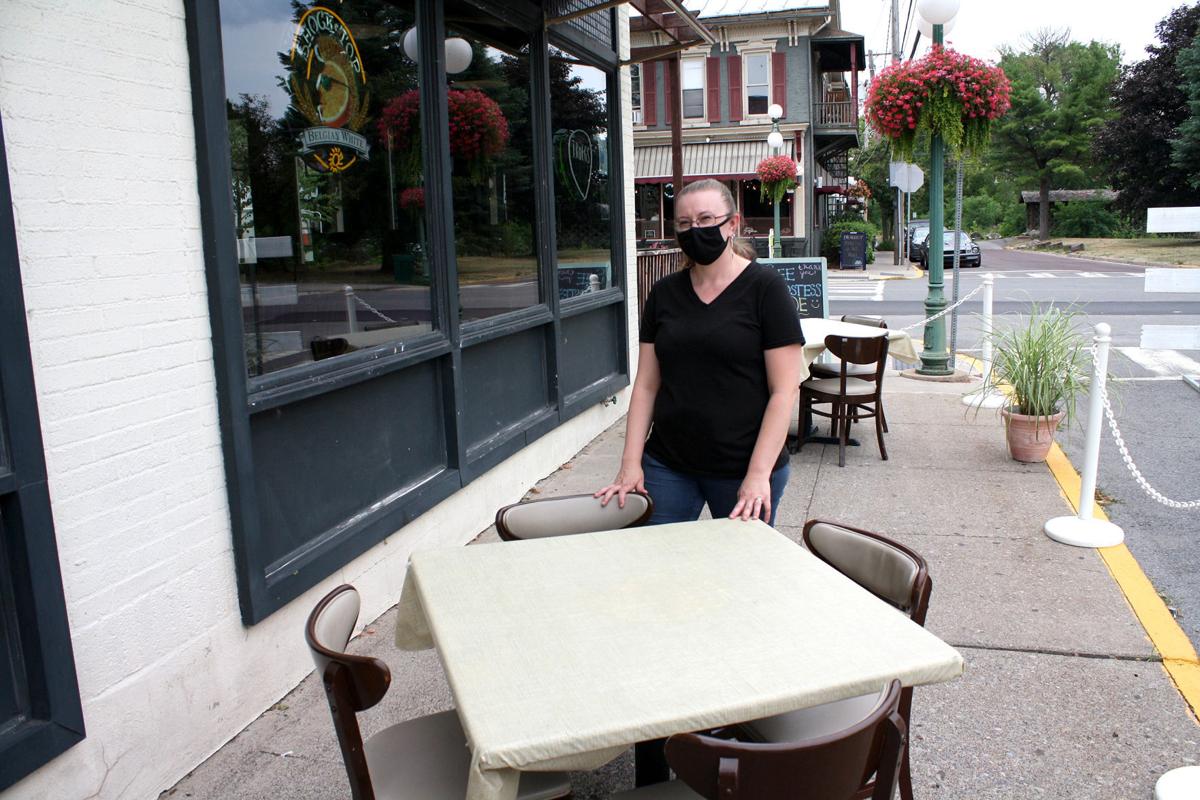 Liz Knelly, Bull Run Tap House employee, stands behind a bar at where customers are not currently permitted to sit.

LEWISBURG — The owner of a well-know dining spot and tavern predicted getting foot traffic back to downtown Lewisburg would be a key to the future.

Braden Klinger, Bull Run Tap House owner/operator, said the 25% capacity limit recently imposed by the state won’t generate enough business. But at this point, even approaching the limit imposed for COVID-19 mitigation would be welcome.

“Under the current foot traffic downtown, I think if we had 25% we’d probably dance a jig,” Klinger said. “But we don’t even have that. We’re not even getting to the point where we are pushing that capacity.”

Klinger said neighboring restaurants and bars were all in the same boat. Some have closed for periods or began take-out and delivery services as it became clear the pandemic was not going away quickly.

“Were we doing it to make money at it? Probably not,” Klinger said. “We were probably doing it to keep a few people working, try to keep employees (and) keep the building working. But it certainly wasn’t enough to make any money at it.”

This spring was problematic, Klinger recalled, when Union County lingered in the yellow phase while neighboring counties were in the green phase of coronavirus recovery. He said people who wanted food simply left for the Snyder County strip or Lycoming County.

“Our take out and delivery just dried up for those two weeks,” Klinger said. “I just closed for that entire week until we were at least back on a level playing field with our neighbors.”

Klinger acquired the business in 2017 and described how it was successfully evolving.

“The first year was about me learning the marketplace,” Klinger said. “Some trials and tribulations. Trying a lot of things (like) a lot of live music and new menu items.”

The second year included taking what was learned in the first year, looking at operations inside the four walls of the business and starting to make a profit.

“As we started year three, we continued to build upon that,” he said. “We were really starting to get some momentum until March.”

Klinger said he’d take a wait and see approach as he looked ahead to the return of university business.

“Bucknell is obviously is a huge piece of what we do and what we do downtown,” he said. “How does that affect us long term for the foot traffic?”

Klinger said the governor’s order that no one may sit at a bar was perhaps a bigger obstacle than the cap on indoor seating.

“That is a huge piece of what a restaurant or a tavern is,” he observed. “When you take away that, you take away another 30% or 40% of its appeal to consumers and a piece of that business.”

Klinger said he had regular customers who liked sitting at a bar and having a conversation with a bartender.

Bar stools have been removed, Klinger said, because all customers must be seated and eating. He’s moved a few tables closer to the bar so that customers may enjoy watching television.

Klinger said keeping a “magic” french fry on your plate would allow ordering another drink.

He also thought restaurants and bars were being singled out by the state with imposition of indoor capacity limits.

“Why do you target one particular industry at 25% if it is that big of a concern,” he asked. “Shouldn’t all buildings, regardless of the business types they are in be put to 25%? Level playing fields throughout.”

Klinger said he would also take a wait-and-see approach to outdoor seating options and the borough’s easing of enforcement of an open container ordinance. Customer are allowed to bring alcoholic beverages outdoors and drink them with food through Tuesday, Aug 18 unless renewed by Borough Council.