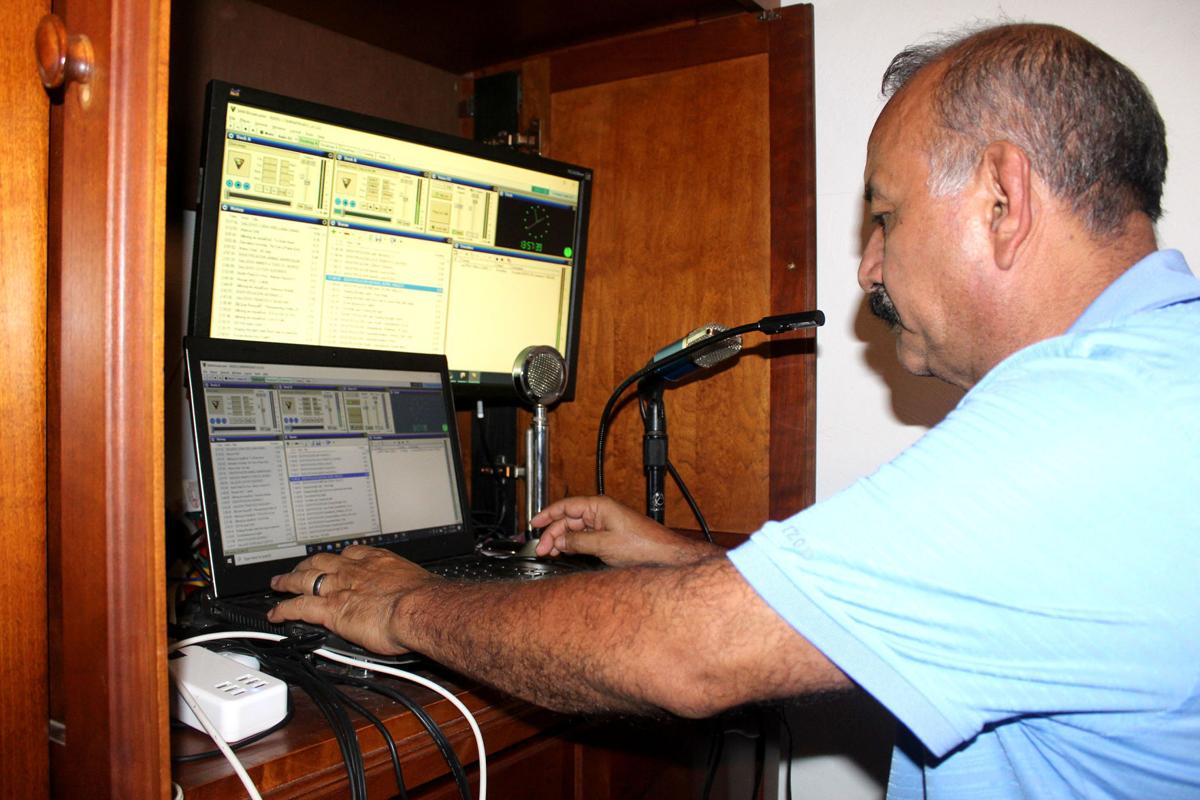 Immer Ramirez works at a computer tucked inside of a small cabinet at his Milton home. The computer serves as the hub for his online radio station, Sharing the Light, which has listeners in 25 countries. 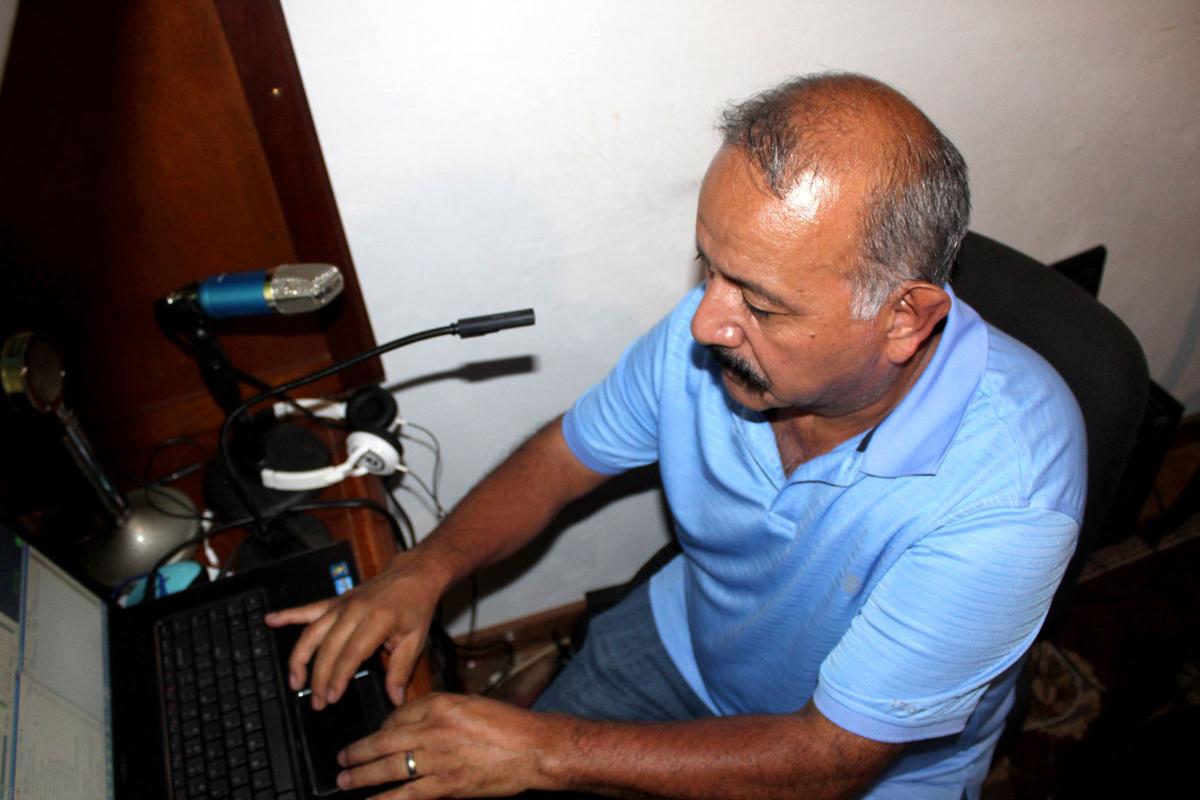 Immer Ramirez, of Milton, spends about two hours per day operating his online Christian radio station, which has listeners in 25 countries. 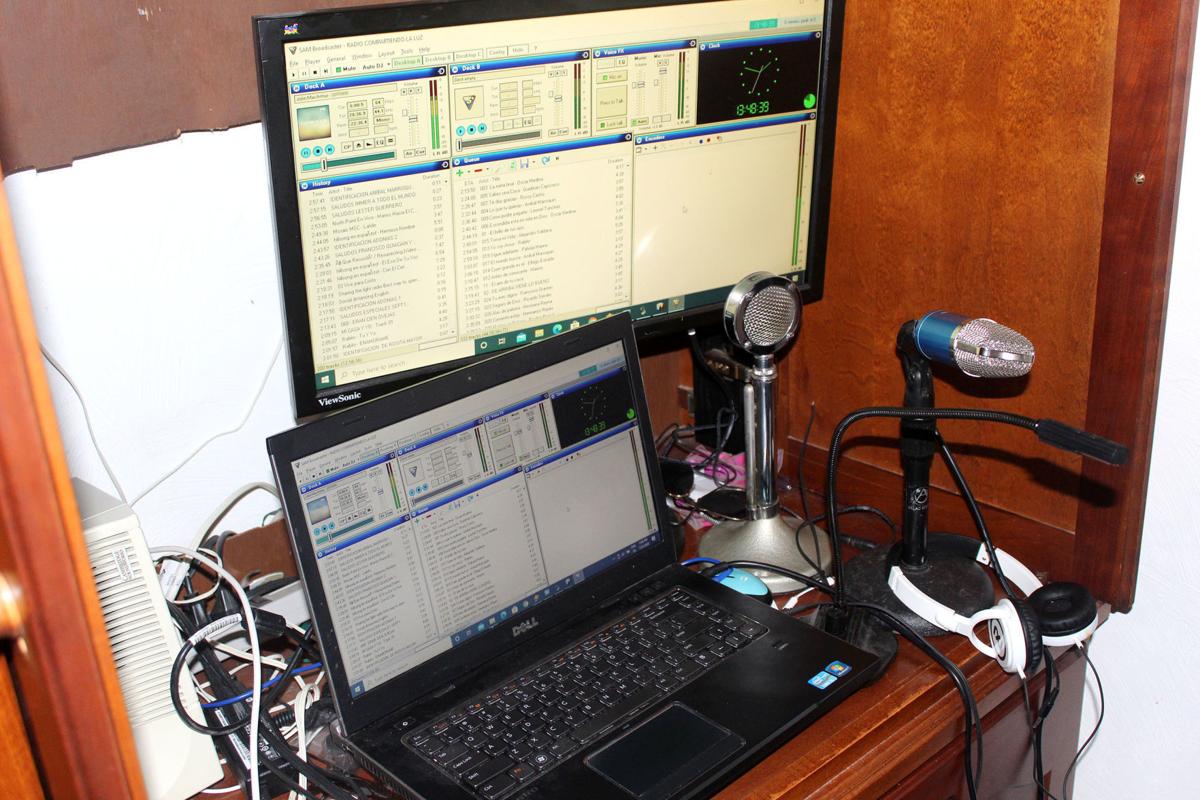 Immer Ramirez works at a computer tucked inside of a small cabinet at his Milton home. The computer serves as the hub for his online radio station, Sharing the Light, which has listeners in 25 countries.

Immer Ramirez, of Milton, spends about two hours per day operating his online Christian radio station, which has listeners in 25 countries.

MILTON — Prior to moving to Milton from Guatemala with his family in 2011, Immer Ramirez worked part-time for a Christian radio station in his home country.

“When I was working there, everything (all of the radio equipment) was manual,” he continued. “I was working with a reel-to-reel. When the digital life came, I was lost.”

After not knowing how to use the digital radio equipment in his home country, Ramirez now spends approximately two hours per day on a computer, maintaining an online radio station which he created two years ago.

Christ Wesleyan Church supported Ramirez, his wife Geannette and their four children in moving to the United States in 2011. Ramirez is the church’s Hispanic Ministries pastor.

“Every single thing I do is under the umbrella of Christ Wesleyan Church,” Ramirez said. “I saw a huge need for my Hispanic people in this area. They don’t have an option to hear music in Spanish.”

After doing some research, Ramirez found an internet platform on which he could launch and maintain an online radio station.

The station is online 24 hours per day, operating from a computer which sits in a small cabinet in Ramirez’ Milton home.

Sharing the light features Hispanic Christian music 90% of the time, with some English music mixed in.

Ramirez has 1,000 songs in his digital library, and does have a license to play the music online.

Ramirez spends about two hours per day working on the computer, scheduling the music and sermons which play automatically throughout the day.

While the station started out with a limited number of listeners, Ramirez is surprised how many have tuned in from across the globe.

“In 2018, I was thinking just my own people in this area (would listen),” he said. “Our thoughts are short from God’s... Now we have (people in) 25 Hispanic countries listening to Christian radio, online.”

Although he didn’t realize it when he was starting the online station, Ramirez believes God knew it would attract listeners from across the globe.

While Ramirez does know some of the individuals who listen to the station from the United States, Guatemala and other countries, he has never met the majority of listeners.

He said the station has seen a particular spike in listenership since the onset of the coronavirus pandemic.

While he did not know how to use the digital technology when it was implemented at the radio station he was working at in Guatemala, Ramirez has embraced using his computer to schedule the programming for the online station.

“I am so happy with the technology,” he said. “The program I have is automatic.”

While he can program all of the music and sermons from his home, he has help from around the world maintaining the website.

“I have a brother in El Salvador who is doing all the technical support,” Ramirez said, noting that his brother designed the visual aspects of the website.

He has also opened the station to pastors who wish to share sermons. However, those whose messages are shared are carefully vetted.

“I am opening this ministry for other pastors in other countries,” Ramirez said. “First, we check to see if they’re good Christians. They are sending sermons in MP3 format. I am listening first (before putting them on the air).”

He hopes the online radio station continues to grow.

“My dream is to engage more people in different countries to have a Christian radio station,” Ramirez said. “The gospel is going to spread everywhere.”

He said there are some challenges to operating an online radio station, noting that he must make sure the proper message is being shared.

“When Jesus left, he said ‘I am going to come for a second time, when all of the church is going to hear the good news,’” Ramirez said. “The internet is fulfilling this teaching.”

He does enjoy maintaining the station.

“If you love, if you have passion for, something, you are enjoying it,” Ramirez said. “It is a wonderful blessing.”

To listen to the station, visit https://radiocompartiendolaluz.jimdofree.com/