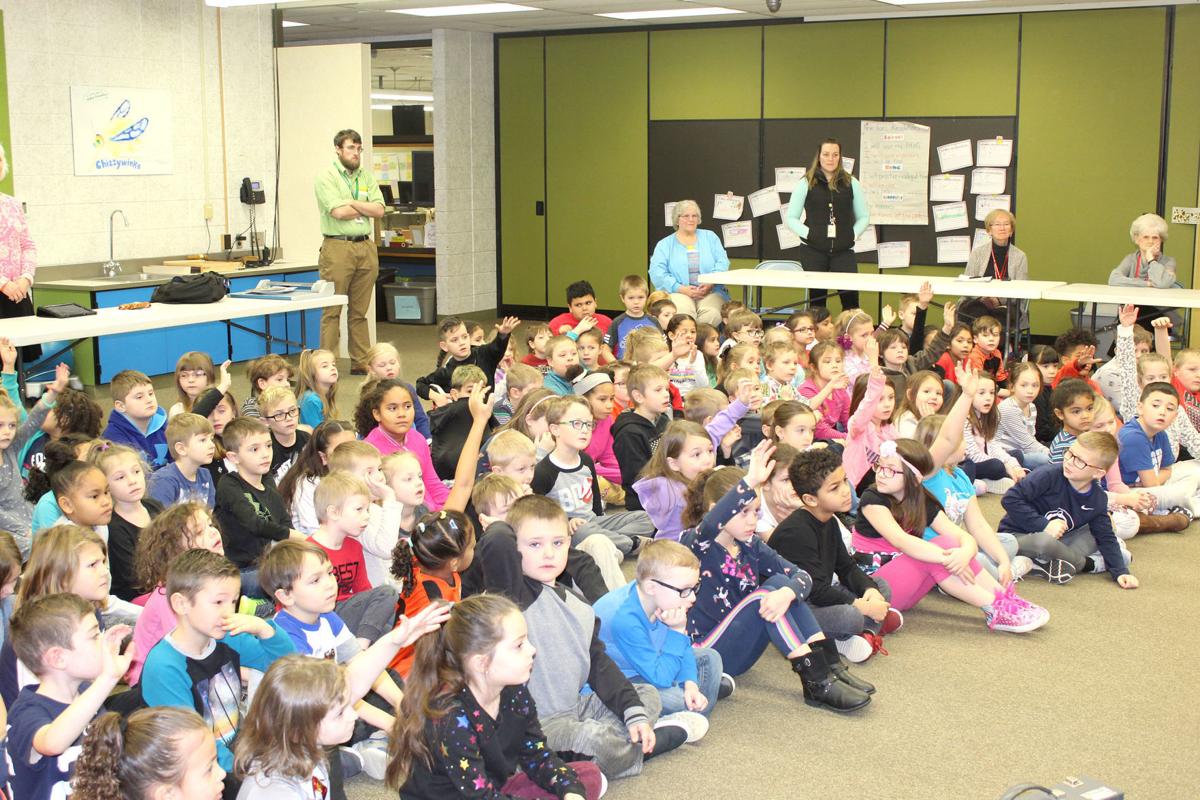 First-grade students at Baugher Elementary School raised their hands while interacting with school board members during a presentation held Thursday at the school. 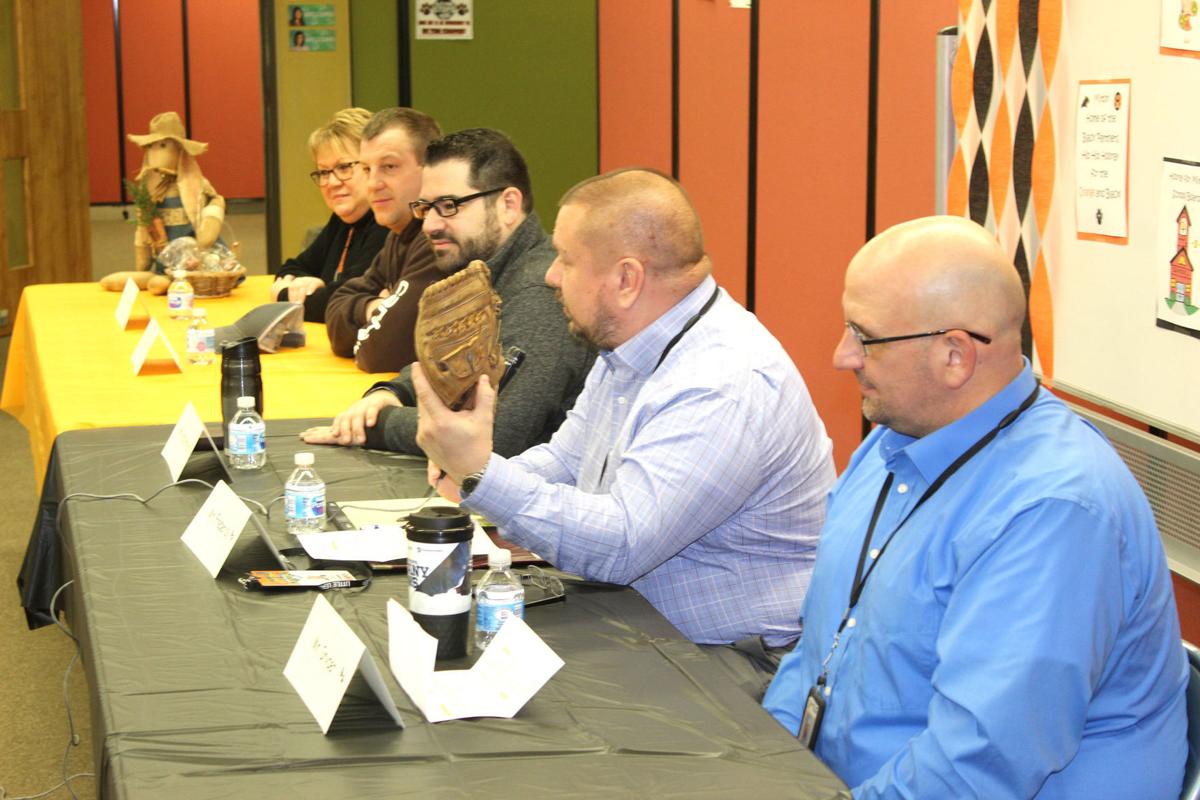 Five members of the Milton Area School District school board spoke about their careers and service on the board Thursday to first-grade students at Baugher Elementary School. Front to rear are board members Ken Snyder, Andrew Frederick, Brett Hosterman, Eric Moser and Christine Rantz. 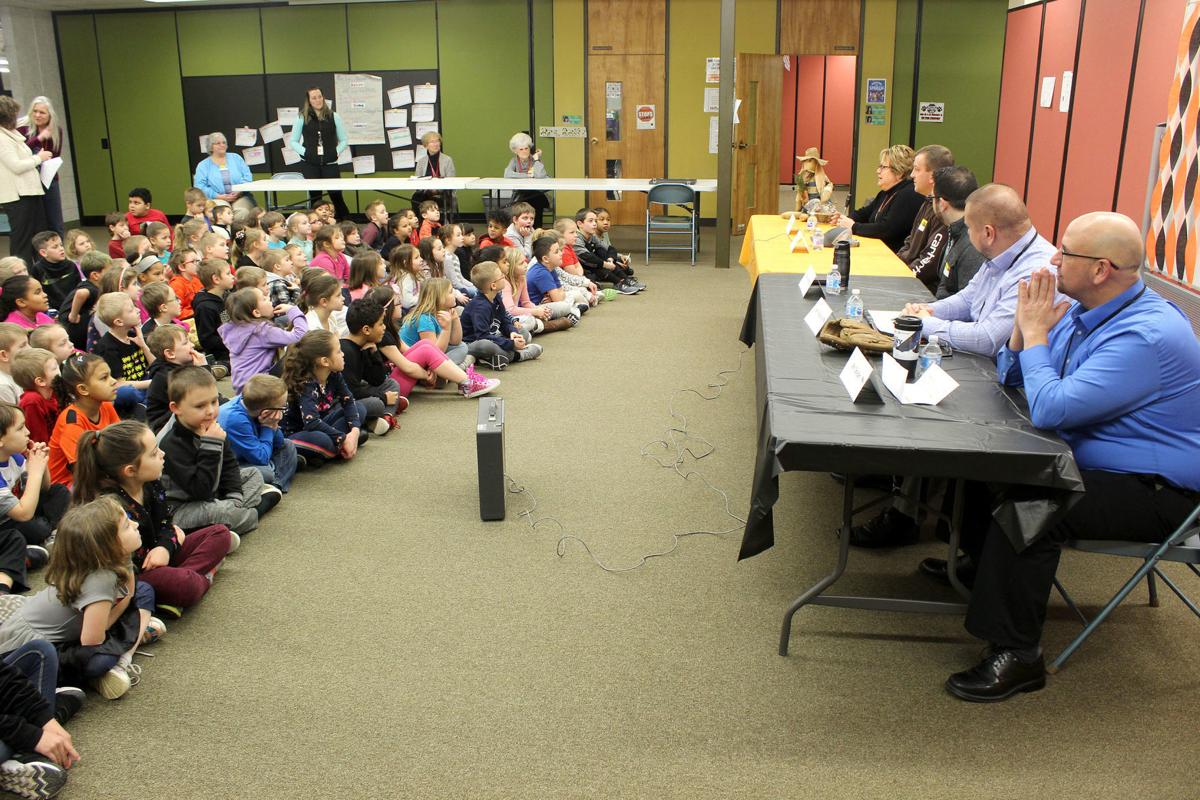 First-grade students at Baugher Elementary School raised their hands while interacting with school board members during a presentation held Thursday at the school.

Five members of the Milton Area School District school board spoke about their careers and service on the board Thursday to first-grade students at Baugher Elementary School. Front to rear are board members Ken Snyder, Andrew Frederick, Brett Hosterman, Eric Moser and Christine Rantz.

MILTON — Occasional laughter echoed through the halls of Baugher Elementary School Thursday as first-grade students paid close attention as members of the school board spoke about their service on the board and their careers.

Board members Christine Rantz, Eric Moser, Brett Hosterman, Andrew Frederick and Ken Snyder participated in the panel discussion, in which they were posed questions by the students.

“I actually went to school in this school,” Moser, who is a farmer by trade, told the first graders. “It’s nice to come back and talk to students who are in first grade now.”

Snyder, who works for the Pennsylvania Department of Corrections, once attended Baugher Elementary School as well.

“I actually went to this building many, many, many years ago,” he told the students.

One of several light-hearted moments during the discussion occurred when Snyder was asked how long he’s been serving on the school board.

“You’ve been in first grade longer than I’ve been on school board,” Snyder said, as some of the students erupted in laughter.

Snyder, as well as Frederick, joined the board in December.

Frederick, a Milton graduate who works for Little League International, shared with the students why he wanted to become a board member.

“This school district gave a lot to me,” he said. “I am at the point where I can give back to my school and the community.”

Hosterman, a photographer, and Rantz, who works for a specialty store, both said that as board members they enjoy interacting with students.

“It’s fun to be on the school board because we get to do this,” Rantz said. “We get to spend time with the students.”

Hosterman said he enjoys the moments at school board meetings when students are recognized. A former music teacher in the district, Hosterman said he also enjoys working with the students through his current position as a photographer.

“What I love to do most is take photos of students,” he said.

In explaining the role of the school board, the members stressed that they are working for the students.

“The most important thing we do is serve you, the students,” Rantz said. “We are visionaries. We work as a team. We have to think about the future and what we can do to make a good school.”