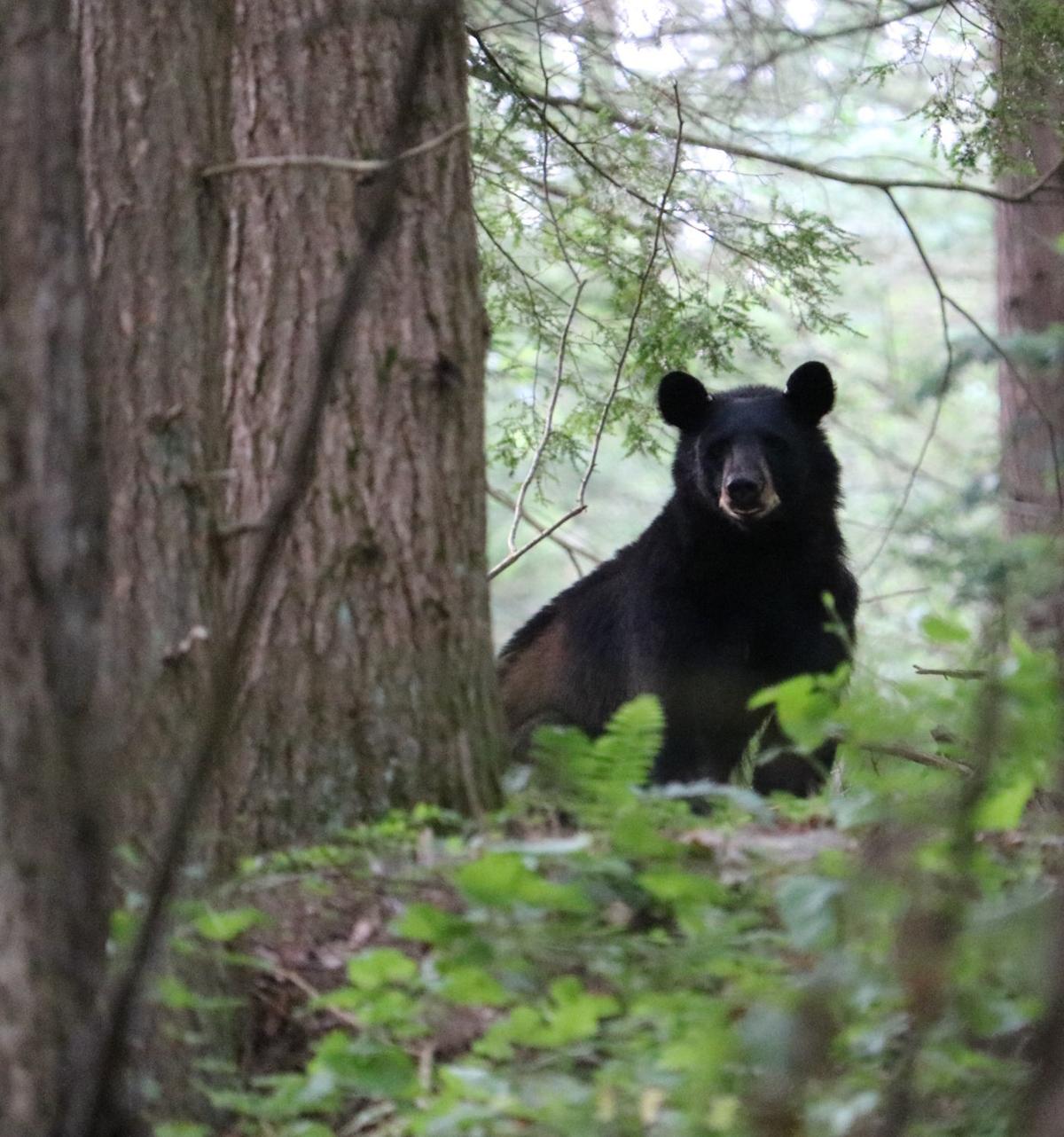 Black bears in Pa. are an awesome, and somewhat rare, sight. These powerful animals should be respected, not feared. Attacks are rare and humans are more likely to be attacked and injured by dogs or bees than black bears. 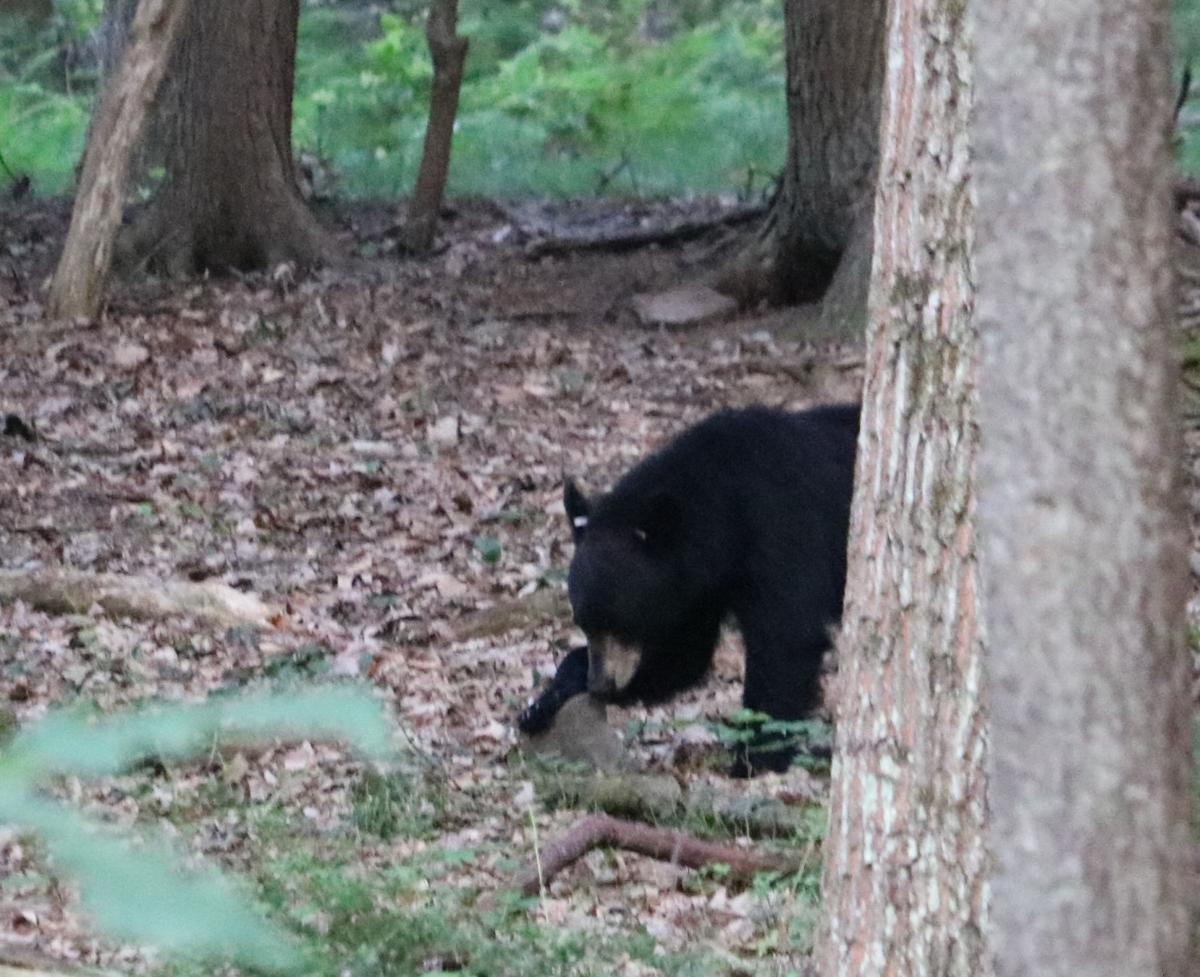 This black bear is overturning rock in search of some easy food. Black bears are largely vegetarian, but will feed on reptiles, amphibians and even fawns and other small mammals.

Black bears in Pa. are an awesome, and somewhat rare, sight. These powerful animals should be respected, not feared. Attacks are rare and humans are more likely to be attacked and injured by dogs or bees than black bears.

This black bear is overturning rock in search of some easy food. Black bears are largely vegetarian, but will feed on reptiles, amphibians and even fawns and other small mammals.

Want a surge of adrenaline? Few experiences I’ve had top that which comes with the sighting of a black bear in the wild.

Any wildlife sighting is awesome — whether it’s the odd-looking hellgrammite, a doe and her fawns or even a rattlesnake. The experience of seeing a black bear in the wild though easily rises to the top of my many enjoyable experiences in the PA Wilds.

Perhaps this is because it is so rare. Having hiked hundreds of miles in state forests, state parks and along other hiking trails, I can count the number of bear sightings on my hands. Many more times I’ve stumbled across bear sign — prints, scat and large overturned rocks.

I’ve seen more timber rattlesnakes than bears, which seems impossible given the small size of the reptiles, their docile nature and quality camouflage. That is a testament to the secretive nature of the black bear.

Even on the smaller side, bears are hard to miss. But, they are. Armed with a sense of smell 100 times greater than ours, bears are typically aware of you long before you are of them.

Experts routinely note that black bears want nothing to do with humans, however they require a lot of food and will take advantage of an easy meal. Humans can provide that for a bear. Whether it’s a bird feeder, a careless camper or feed strewn by a less-than-informed human, bears will venture out of the woods and into a yard or neighborhood seeking a new, and easy dining experience.

Never should you bait a bear, or try to feed a bear. When hiking, or biking in nature, make sure you take food wrappers and any food waste with you.

A bear that becomes comfortable in a human environment can become a nuisance bear.

Which brings us to the dangers bears can pose to humans. You are more susceptible to bees, dogs and other humans than you are to a black bear attack. Around one black bear per 1 million is likely to attack a human in a predatory manner and across North America, one fatal black bear attack per year is the average over the last two decades.

You are 60,000 times more likely to die of gun violence at the hands of a human than being attacked, or killed, by a black bear.

That said, it’s still wise to remember that if you encounter a black bear in the wild — it is a bear in the wild. Bears are big and strong, weighing on average between 150 and 500 pounds as adults. While it’s rare, bears can grow even larger, weighing in at 700, even 800 pounds. They have a strong bite, and their inches-long claws are dangerous to humans.

Black bears climb as well as cats, swim well and can run at speeds of up to 30 mph in short bursts. Never run from a bear. You won’t escape. Never climb a tree.

Most experts in the field note that if you happen to see a bear in the wild, make your presence known by making noise. The bear will most often flee the area, and this has been my experience.

Some bears, especially with humans increasingly moving into their wild habitat, become accustomed to people. Bears that feel threatened or nervous may display behavior such as snapping of their jaws or even a charge. Again, experts warn you should never run, and if attacked, fight back against a black bear.

A mother with cubs will defend her brood. Never get between a mother bear and her cubs.

The Pa. Game Commission notes the black bear population dwindled to just around 5,000 in the 1970s, but has since rebounded to an estimated 15,000 to 20,000. The game commission reported over 4,600 black bears were harvested during the 2019 season.

Three area counties — Lycoming, Clinton and Tioga — featured harvests of over 200 bears each with Lycoming topping the list with 284 bears harvested. The top-10 largest bears harvested each topped 600 pounds with the largest — 813 pounds — taken in Monroe County.

If you enjoy the outdoors, especially the remote wilderness in areas known to boast good populations of black bears, do so responsibly. Know your surroundings, and if you fear a bear encounter, simply whistle or occasionally make noises. You’ll warn bears in the area of your presence and thus increase the likelihood you’ll never see them.