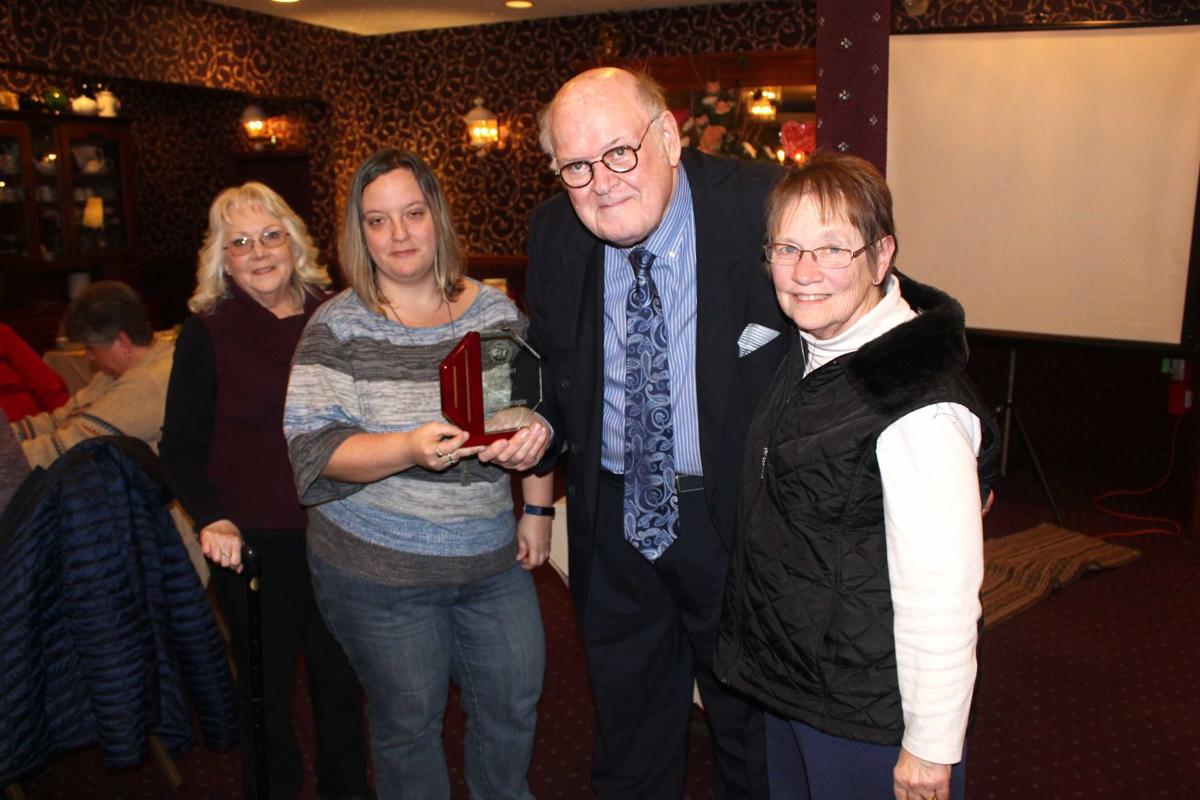 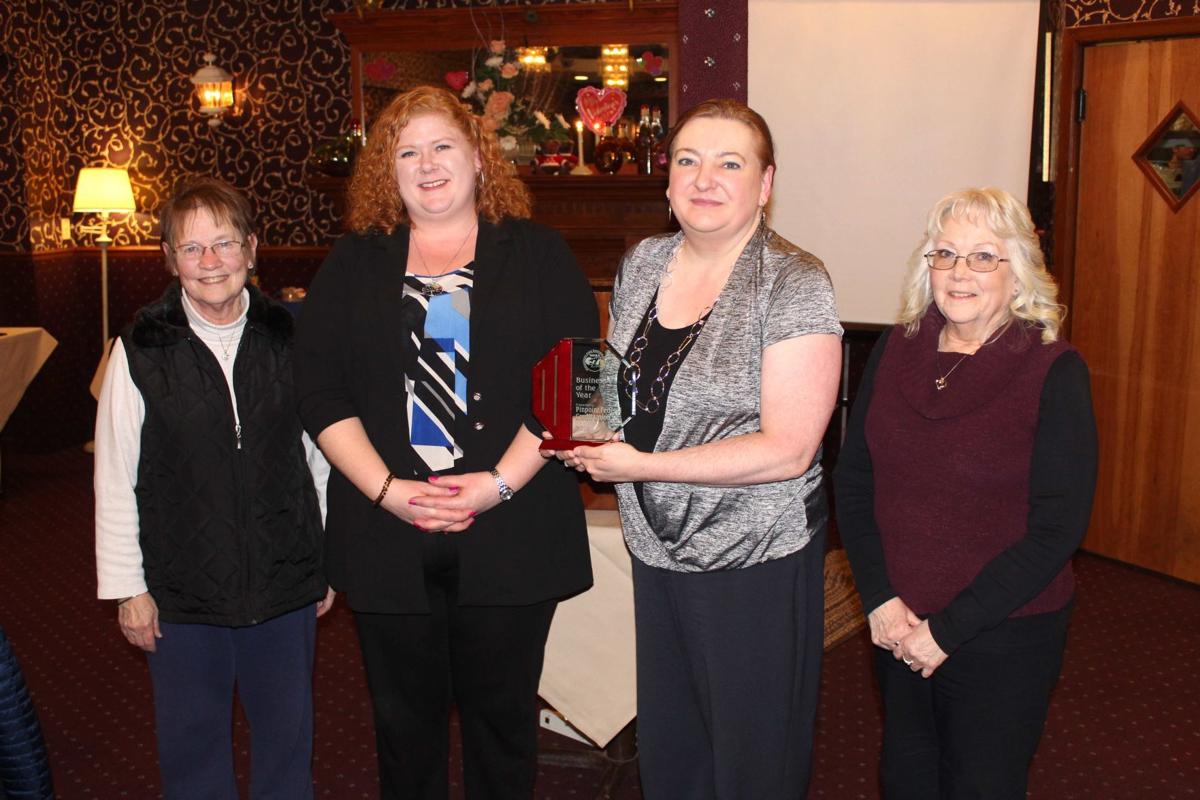 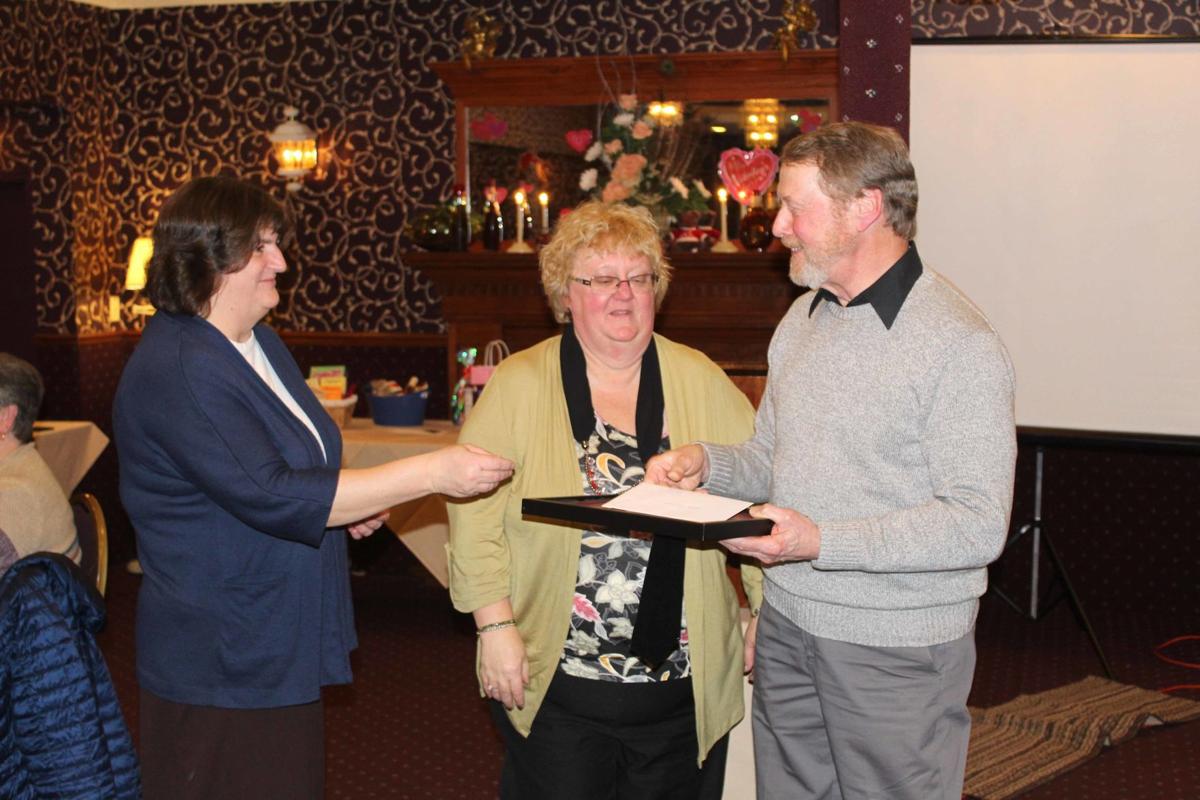 From left, WABA President Barb Diehl and Treasurer Diana Johnson presented Wally Fairman with an Emeritus Award. Fairman will be retiring in May after 45 years in the real estate business.

From left, WABA President Barb Diehl and Treasurer Diana Johnson presented Wally Fairman with an Emeritus Award. Fairman will be retiring in May after 45 years in the real estate business.

WATSONTOWN — A man described as someone who “truly exemplifies the spirit of Christmas” received a special recognition Thursday from the Watsontown Area Business Association (WABA).

Tom Hetherington, who served as WABA’s community Santa Claus in each of the past two years, was recognized with the Volunteer of the Year Award during the organization’s annual Business Meal.

Paulette McGinniss, WABA’s chair of the Volunteer of the Year Award, introduced Hetherington as the winner.

“This year’s recipient had one very important goal, to fill Watsontown with the true spirit of Christmas,” McGinniss said, while introducing Hetherington. “This was a great undertaking. Santa’s house was in disrepair, inside and out.”

In addition to playing Santa and being instrumental in planning all of the activities surrounding the Santa house, McGinniss said Hetherington spearheaded repairs to the house.

“(Hetherington) truly exemplifies the spirit of Christmas throughout the entire year,” McGinniss said. “This reveals his heart and sets a great example for the community… He is Watsontown’s forever Santa.”

In accepting the award, Hetherington noted that “being Santa is an unusual occupation.”

“You get to work one day a year,” he joked. “Santa is not successful without help.”

He offered thanks to fellow WABA members who helped to organize the borough’s Christmas activities, as well as community members who turned out for the various festivities.

“Watsontown is, as (Borough Manager) Jay Jarrett would say, the gem of the valley,” Hetherington said. “The community is absolutely amazing.”

When he stepped into the role of Watsontown’s Santa Claus in 2018, Hetherington said he completed something that was on his “bucket list.”

“My time of being Santa was absolutely the best time of my life,” he said.

It was noted during the presentation that Hetherington was instrumental in crafting a new comprehensive plan for Watsontown Borough.

“Community has always been a driving force at the heart of the credit union,” Bridge said, of the Milton-based business which was established in 1956.

Since 2008, Bridge said the credit union has been holding a Stuff the Bus campaign, in which donations of school supplies are collected to the community and donated to area elementary schools to assist students in need.

“We are out in the community trying to make a difference,” she said. “The school drive, that is an incredible thing for us to be a part of.”

For the first time, a WABA Emeritus Award was presented during the event. The award was given to Wally Fairman, of Re/Max West Branch.

Fairman, who was noted as being involved with WABA since it was founded, will be retiring in May after 45 years in business.

The Business Meal was attended by a record 60 people and included a presentation on Father’s Hope, a locally based nonprofit organization which supports orphans and children in need in the United States and around the world.