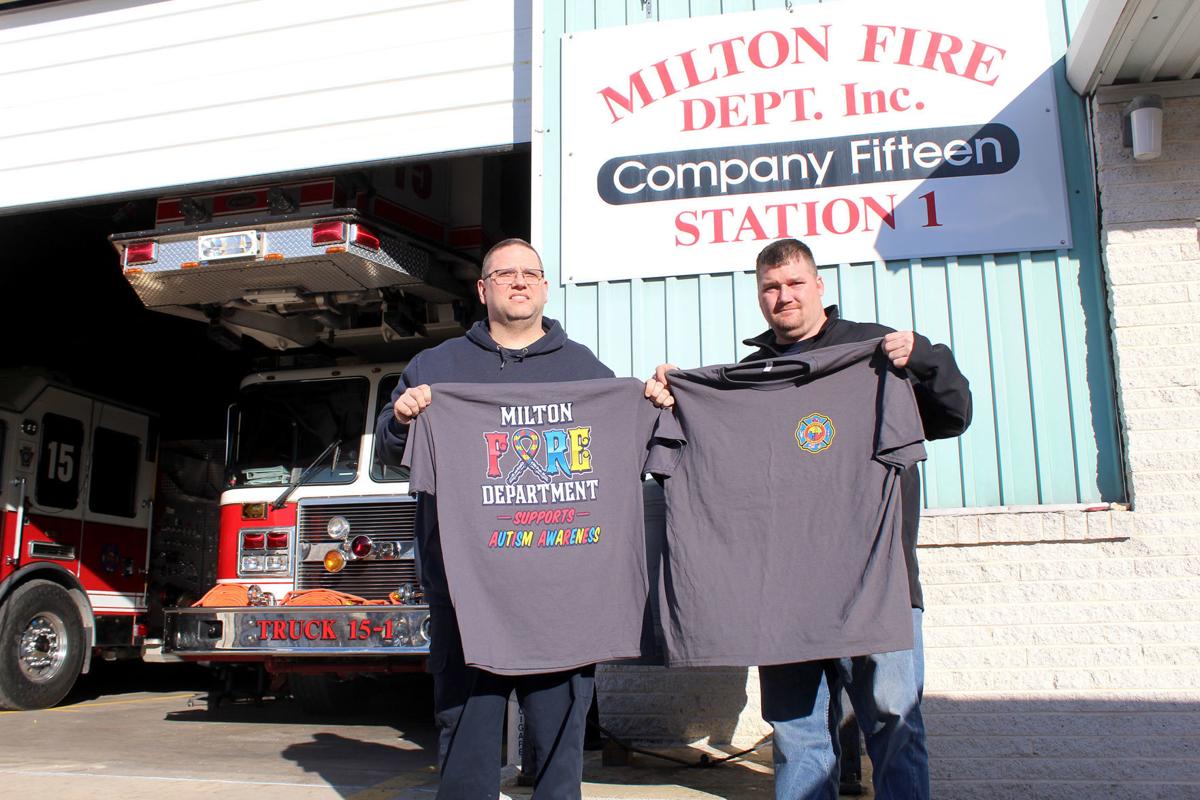 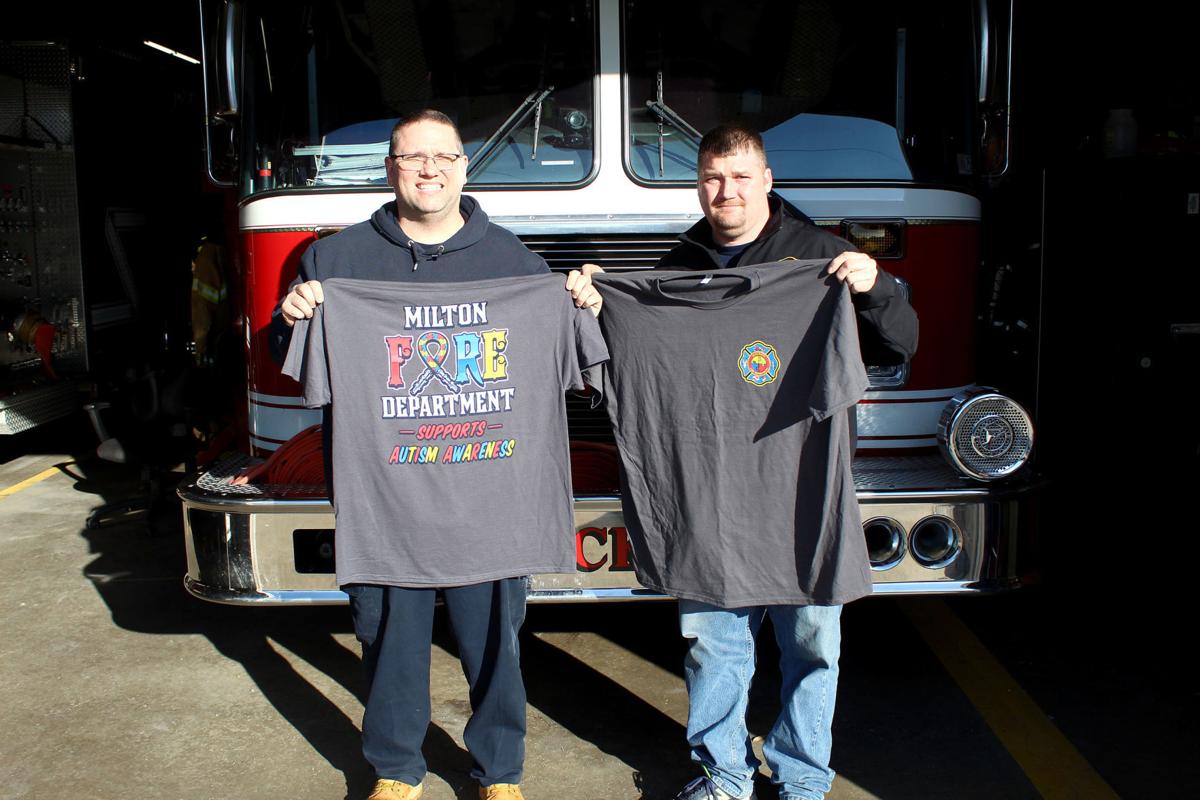 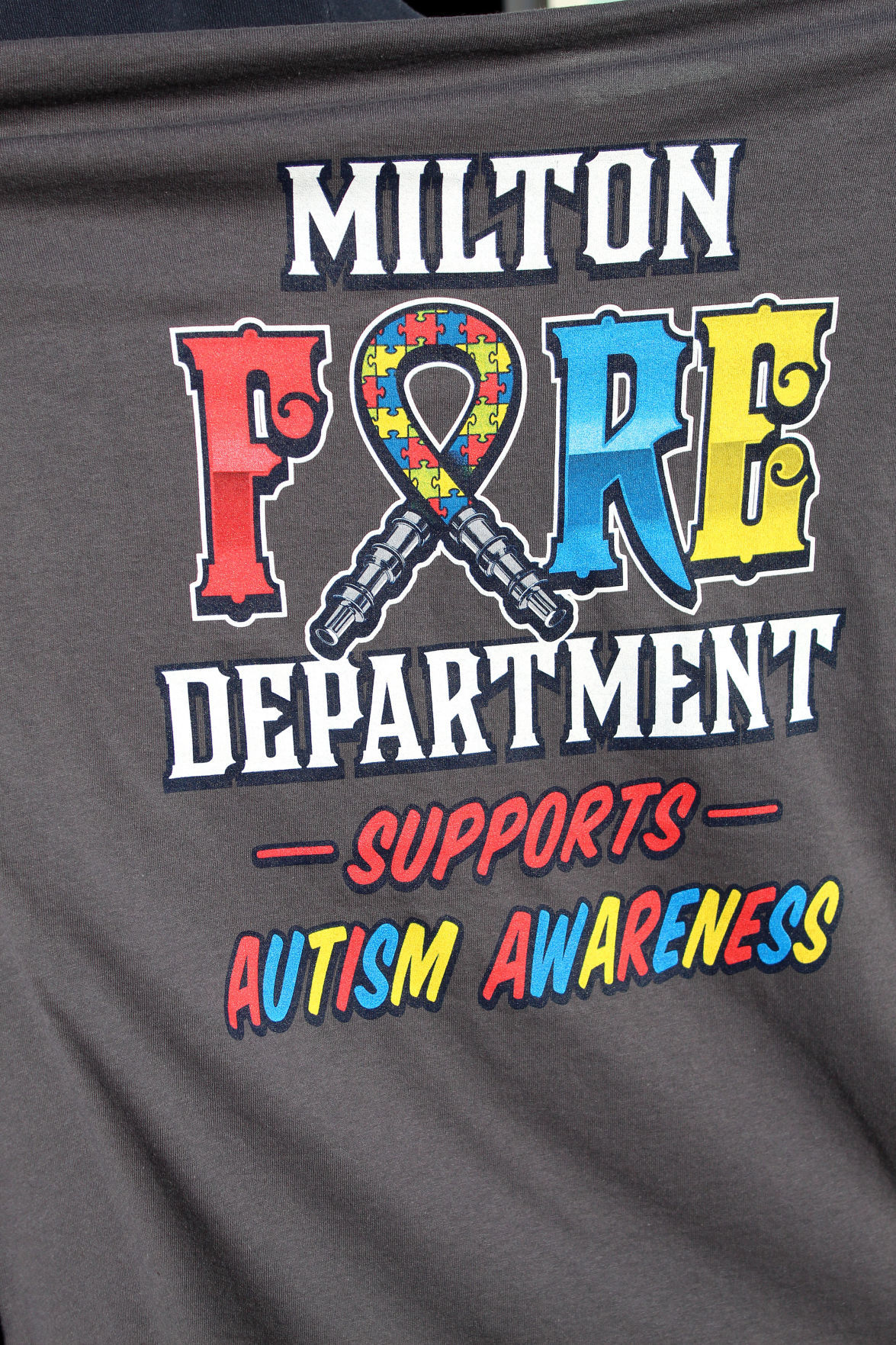 The Milton Fire Department is selling T-shirts to support programming for special needs students at the Milton Area High School. The shirts were designed by firefighter Stephanie Ackley.

The Milton Fire Department is selling T-shirts to support programming for special needs students at the Milton Area High School. The shirts were designed by firefighter Stephanie Ackley.

MILTON — A visit to the Milton Fire Department by a girl diagnosed with autism inspired department members to launch a fundraiser which could raise up to $1,500 to support activities for special needs students at the Milton Area High School.

“In the beginning of January, we were contacted by the mom of a local autistic child who wanted to bring her daughter to see the fire trucks,” department Chief Scott Derr explained.

He was inspired by the girl’s visit.

Derr began brainstorming ways in which the department could show its support for those with Autism.

Derr liked the idea, and proposed to the department’s members the possibility of selling Autism Awareness T-shirts in the Milton community.

The department’s members quickly embraced the idea, particularly when Derr announced that all proceeds from the T-shirt sales will be donated to the Milton Area High’s special needs program.

“The community is always helping us,” Derr said. “We thought it would be a good idea to help out.”

He said the school uses donations for extra student activities, such as trips to Knoebels Amusement Resort.

Derr noted that the shirts were designed by Stephanie Ackley, a volunteer with the department.

“The first shipment, we ordered 100 (shirts),” Derr said. “It went over really well with membership. A lot of people were selling them at their employers.”

With the first 100 shirts, which have sold out, the department will be able to donate $326 to the special needs program.

An additional 200 shirts have been ordered. If those sell out, Derr estimates the department will be donating a total of nearly $1,500 to the school.

“We want to keep the donation local,” Derr said. “That’s why we chose the Milton high school.”

This fall, he said the department will be selling breast cancer awareness T-shirts.

The Autism Awareness shirts can be ordered by contacting the Milton Fire Department through its Facebook page. The cost is $20 for small through XL sizes, $22 for 2XL, $23 for 3XL or $24 for 4XL.