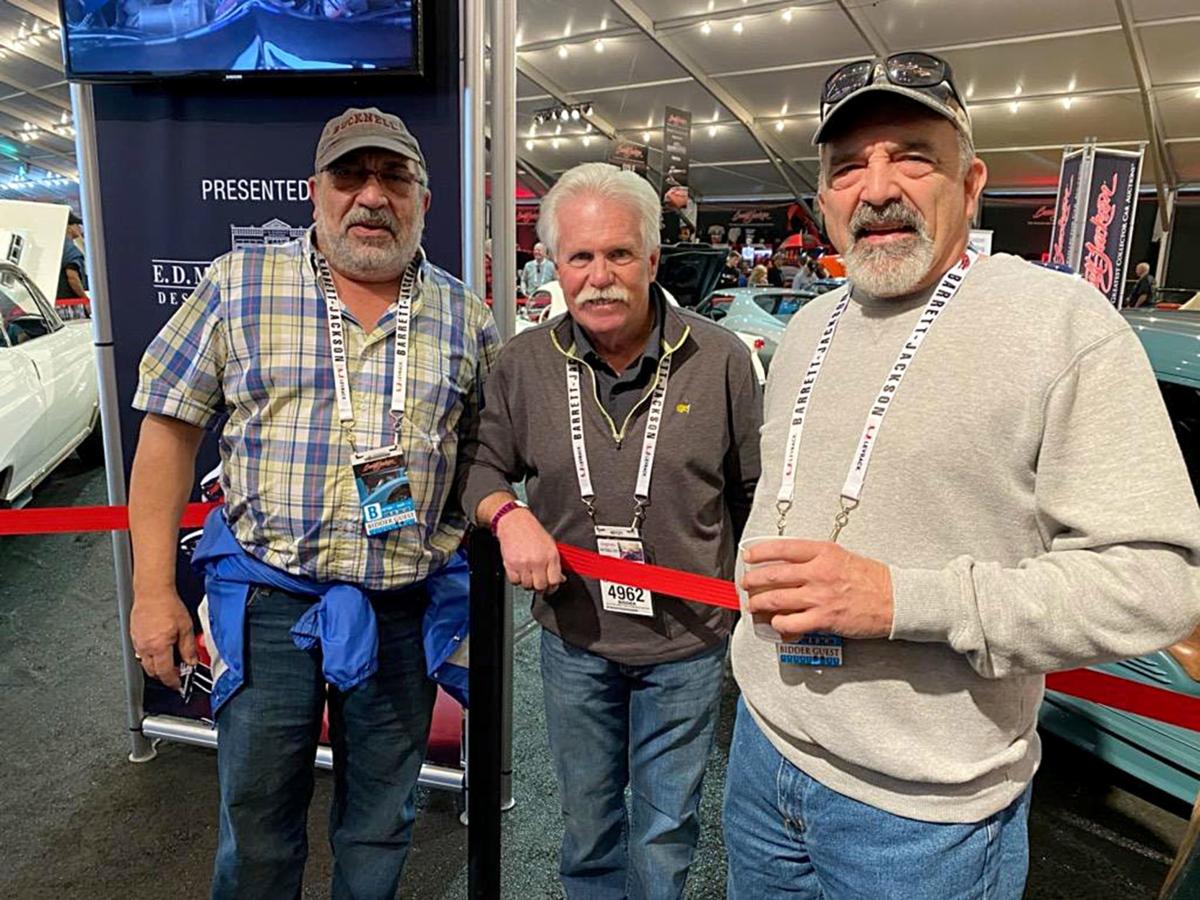 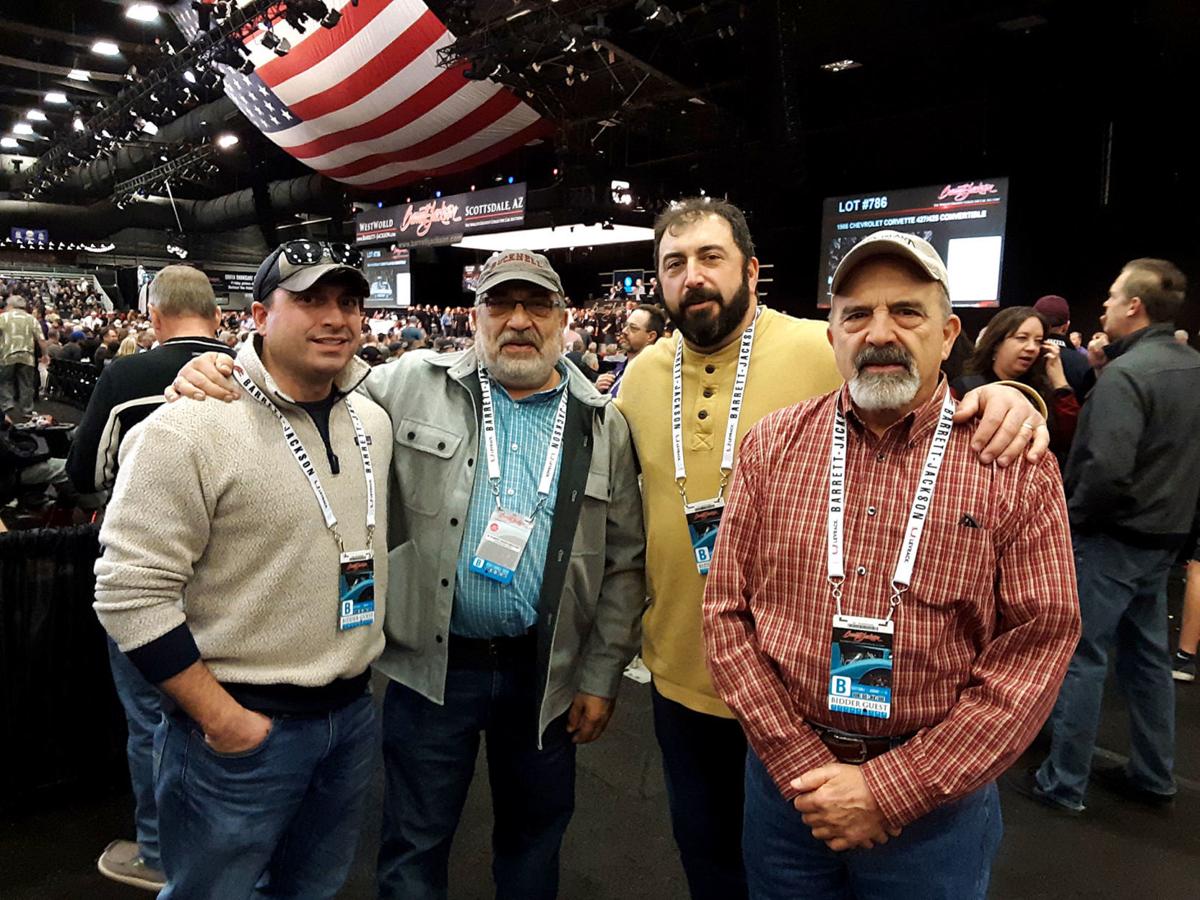 MILTON — From sitting among individuals spending hundreds of thousands of dollars purchasing classic cars to speaking with the hosts of television programs, two brothers from Milton relished their time at Barrett-Jackson Scottsdale.

Brothers George and Anthony Venios were recently treated to a trip to Barrett-Jackson Scottsdale, a world famous and nationally televised classic car auction held in Arizona. The trip was a Father’s Day gift from their sons, Thomas and Steve Venios, who also went along.

Thomas lives in Hollidaysburg, while Anthony’s son Steve is from the Harrisburg area.

“My son, Thomas, has a good friend whose relative works in senior management at Barrett-Jackson,” George Venios, who is also the executive director of The Improved Milton Experience, said. “They got us VIP passes... With a VIP pass, you get to go back stage. You get to sit with the bidders.”

According to the Barrett-Jackson website, more than 1,900 classic vehicles were sold during the nine-day auction. Portions of the auction were televised live on MotorTrend Television.

“What’s really neat is, around 2,000 cars, they are all on display, even after they’re purchased,” George said. “All the cars were always on display throughout the whole week.”

In addition to the auction, which attracted thousands of bidders, he said the event included a professional vendor area and displays by automotive manufacturers.

“There were a lot of television celebrities there from various TV shows,” George said. “We got to meet Wayne Carini.”

He said Carini was laughing as the two had never met before.

“It was friendly, it was a friendly discussion,” George said.

In addition to meeting Carini, the Venios brothers also enjoyed sitting in the crowd, among those who were bidding on vehicles.

“They had several times they (auctioned) cars for charity,” George said. “One went for $3 million... It was an exciting competition. The crowd would cheer.”

In speaking with executives with Barrett-Jackson, Venios said he learned vehicles which are sold at the auction are thoroughly vetted.

“If you want to sell a car through Barrett-Jackson, they do a full-blown investigation on the vehicle,” he said. “They do a lot of authentication and documentation. It’s a pretty involved process and well in advance that they accept you to sell.”

Those who bid on vehicles at the auction are also vetted.

“You have to have verifiable credit,” George said. “You have a limit (on how much you can spend) and you have to prove that you have the money.”

In speaking with those who were bidding on vehicles, George learned that many knew in advance of the auction which vehicle they would be bidding on.

“Some of them are professional dealers,” he said. “These are people that buy these cars, they are mostly investors. They will buy them and park them until they see the timing is right, and then they will re-sell them.”

While members of the Venios family did not even bid on a vehicle at the auction, George did dream about owning some of the vehicles which were there.

“My favorite, by far, is any ‘69 Camaro, particularly the ‘69 Camaro Z-28,” he said. “I had one many, many years ago... They are very, very costly cars when professionally restored.”

He described attending the auction as being a dream come true.

“It was something I never imagined I would do,” George said said. “Every time those auctions are on TV, we watch them.”