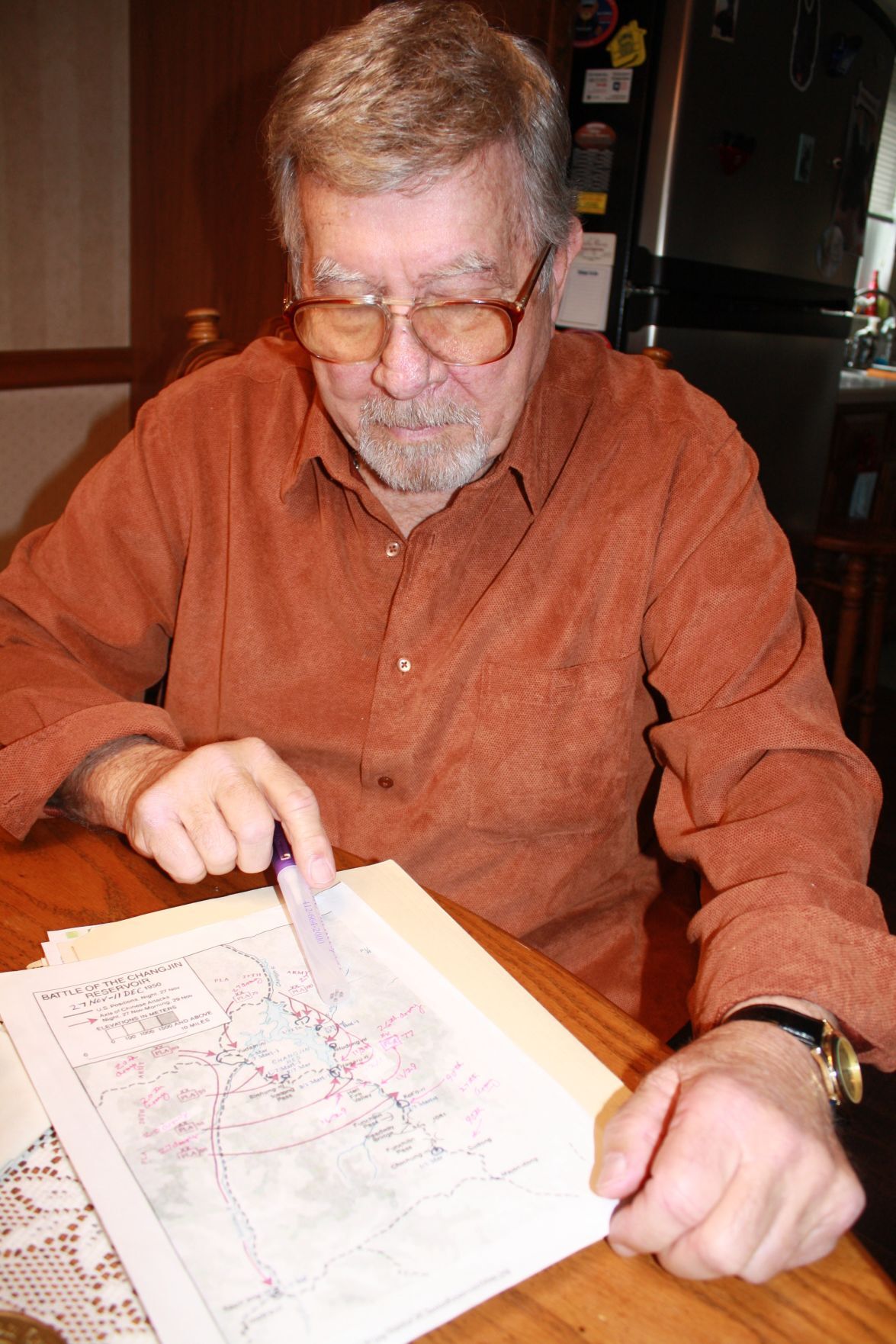 Marine Corps veteran Bob Harbula looks over a map of the Chosin Reservoir, an area he fought in during the Korean War. 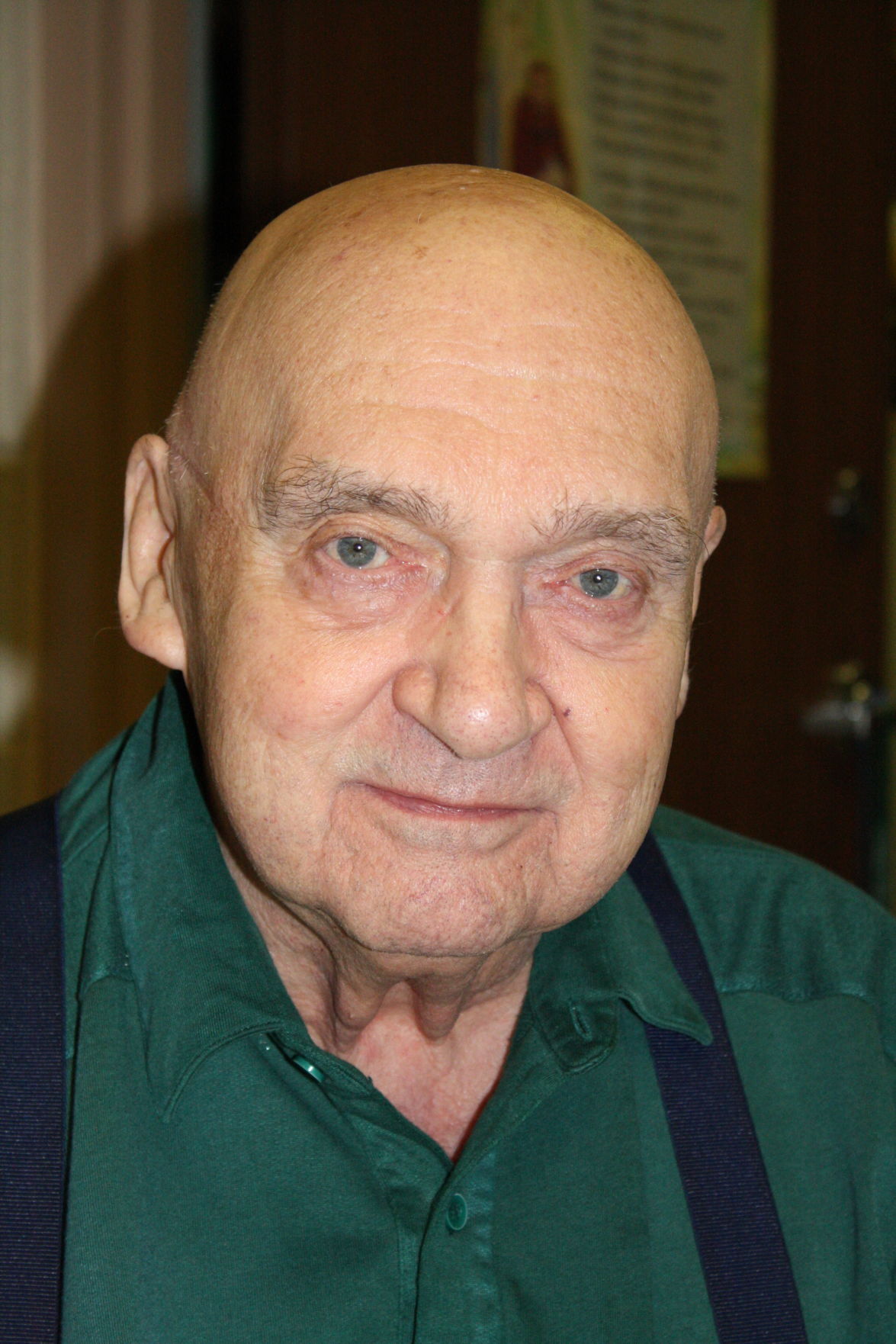 Marine Corps veteran Bob Harbula looks over a map of the Chosin Reservoir, an area he fought in during the Korean War.

In this, the 70th year since the start of the Korean War, we take a look back at a couple of stories from Marines who saw combat in what has since been dubbed, “The Forgotten War.”

Bob Harbula, of West Mifflin, joined the Marines at age 17 and after some ceremonial detail, including at 8th and I in D.C., he found himself at Camp Pendleton preparing to depart for Korea. He was assigned to a machine gun squad George Company, 3rd Battalion, 1st Marine Regiment, 1st Marine Division.

He could never have imagined the horror he would experience on the peninsula of Korea.

Harbula’s unit was part of MacArthur’s Inchon landings in September 1950 and soon liberated Inchon and moved toward Seoul. Troops found themselves in house-to-house combat, something Harbula noted they weren’t prepared for. The Marines persevered.

“It was 3,000 of them against 200 of us,” he remembered. “We destroyed them… That was my introduction to combat. After that we thought we were world beaters. We had great sergeants, great leaders.”

MacArthur then wanted the Marines to invade the eastern side of North Korea in his push northward. Troops were to land at Port Wonan, which was swept for mines for 10 days, as the 8th Division (Army) pressed northward.

The Marines pushed into Chosin and the Americans were spread thin, with no real defensive line. MacArthur wanted to push troops all the way to the Yalu River, and North Korea’s border with China.

“How do you form a defensive line over 650 miles?” Harbula remembered. “We had gaps on our left flank. The closest unit to Chosin was 80 miles. The closest to our right was about 100 miles.”

Conditions Hungnam-Chigyong region were brutal. Temperatures plummeted to negative-20, negative-30 degrees and wind chills made things even worse for the Marines.

Hundreds of thousands of Chinese troops pushed the 8th south, as the Marines pressed north. Harbula noted the brutality with which North Korea treated its civilians, and enemy troops.

“We came upon trenches that were filled with women and children,” he said. “GIs had their hands tied behind their backs and bullet wounds to the head.”

Describing the Chosin Reservoir, Harbula said “It was like Lost World. Coming out of the coastal plains, you see this mountain and a road cut into the mountain. That led up to the plateau of Chosin. It was like a giant iceberg. I had really never seen anything like that.”

Marines fought at Chosin outnumbered 10-to-1, endured ambushes, artillery bombardments and more. As they wound through “Hell Fire Valley” many were picked off by snipers. George Company sustained heavy losses. After making it through the valley, the Marines were tasked with taking East Hill. It was so cold, Harbula remembered piling dead Chinese soldiers around his machine gun because the ground was so frozen, trenching tools were useless. The Marines held.

Waves of Chinese continued to attack the Marines.

“We were fighting so close with the Chinese, you could see their faces. You can’t wish that away.

“I didn’t expect to live. To be on line and your machine gun fails you… I pulled the trigger, and nothing. It was so cold any moisture would freeze it. That’s when I told the men to throw grenades. There was no way to hold the position without a machine gun. I had a pistol, two clips on my belt. I fired all 22 shots and didn’t miss too many.”

Prentiss was with artillery battalion

Harold Prentiss, former managing editor at The Standard-Journal, arrived in February 1951 with the 176th Armored Field Artillery Battalion at Pusan, Korea. Not long thereafter, they were headed for Inchon. Having survived a typhoon en route and mines in the sea, Prentiss and his fellow troops, moved just north of the 38th Parallel, where they endured mortar rounds.

During several moves northward, Prentiss managed to stay safe and made his way home after a year abroad. His unit was presented the Presidential Unit Citation, and Prentiss always commended the generosity of the poor Koreans he met during his time there.