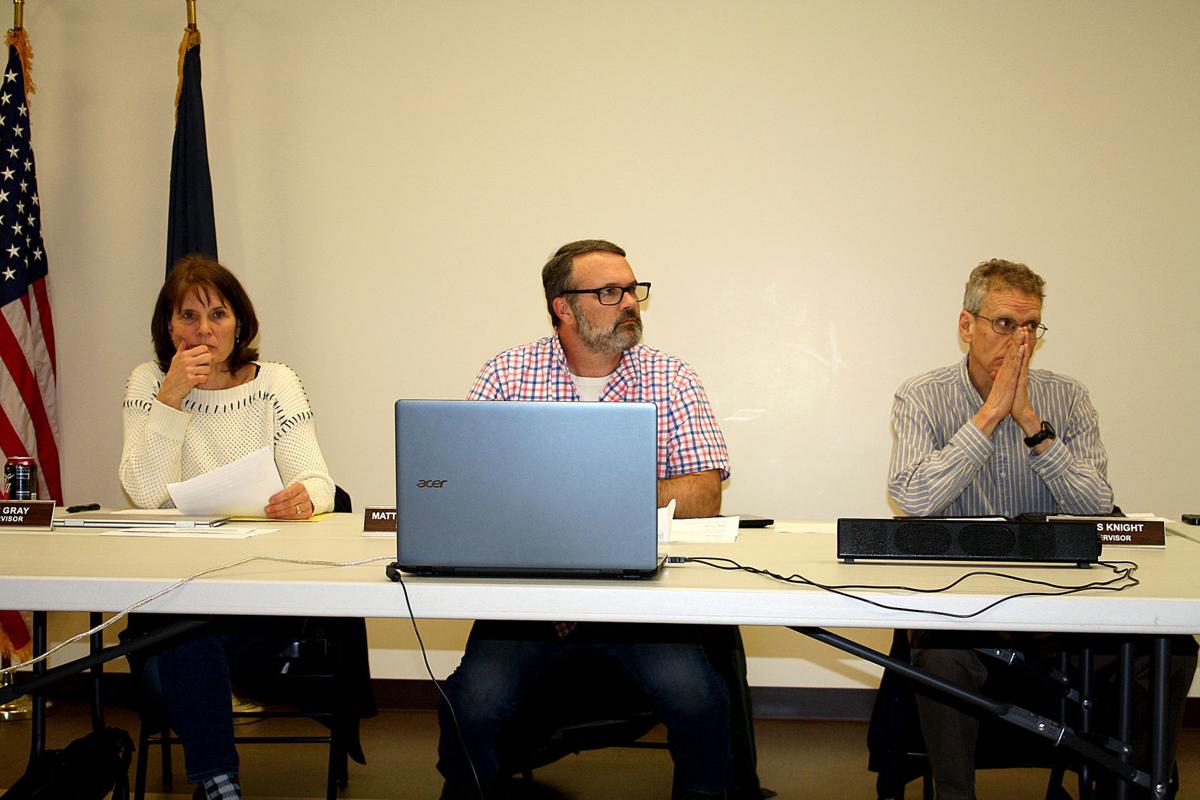 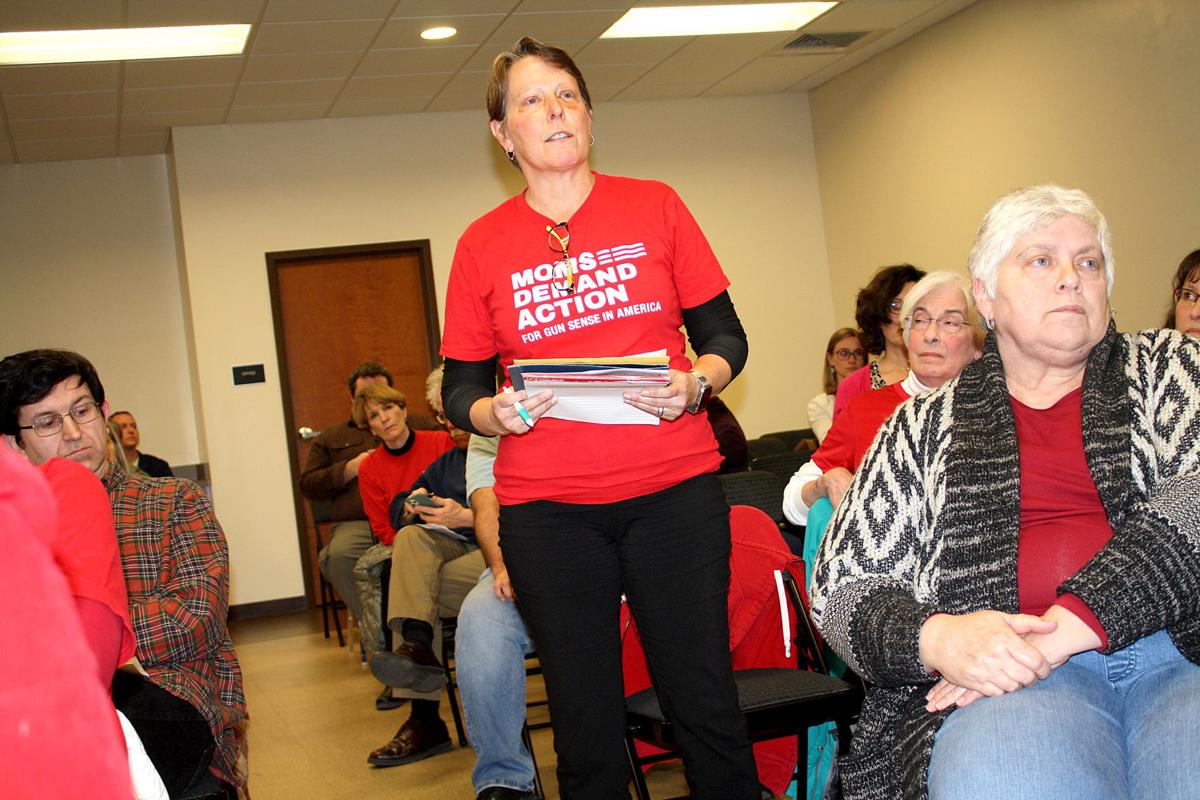 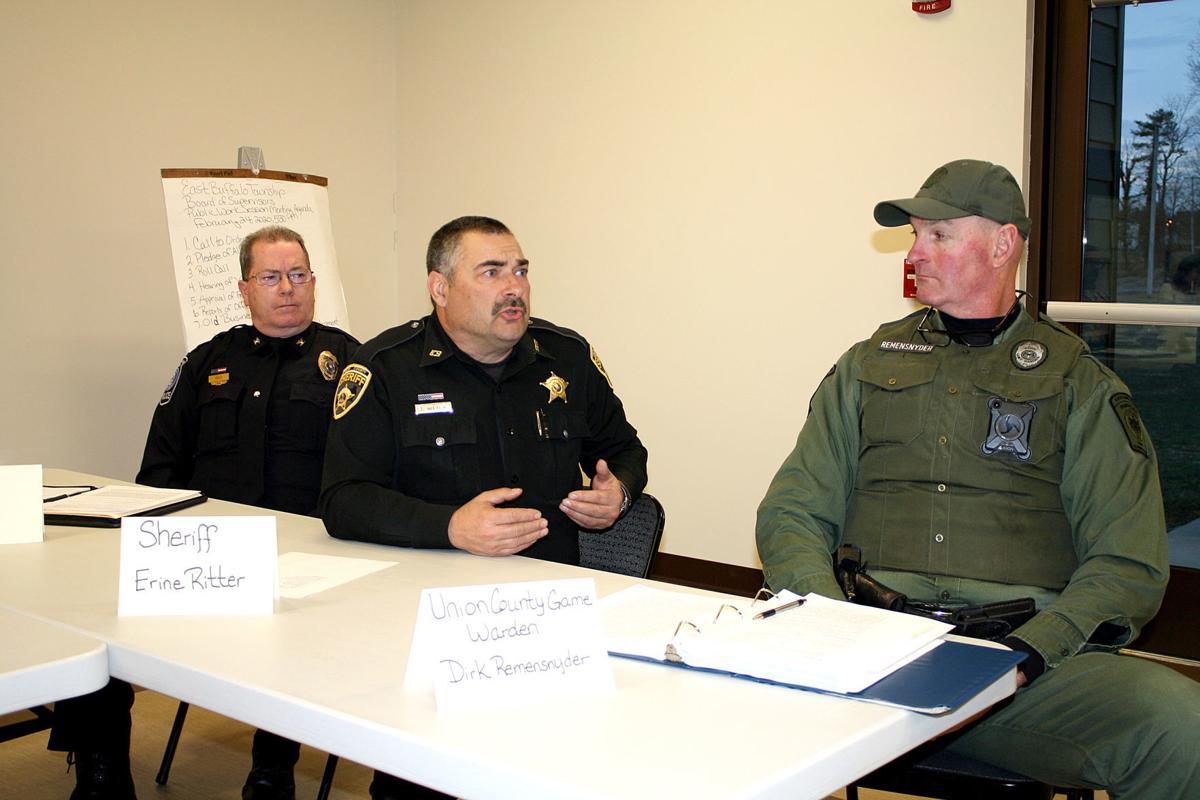 LEWISBURG — East Buffalo Township supervisors passed a resolution Monday night expressing a deep commitment to the rights of its citizens to keep and bear arms.

The resolution cited the Second Amendment of the Constitution of the United States and Article 1 of the Pennsylvania Constitution which endorses citizens to defend themselves and their state without question.

More than 60 people attended the work session held in the East Buffalo Township meeting room. The 2-1 vote came after lengthy discussion and an overview of firearms issues by three law enforcement representatives.

It also followed statements indicating the board was not considering a Second Amendment Sanctuary Ordinance (SASO), a measure which could have preempted spending to enforce certain gun laws.

“This group will never pass an ordinance that negatively affect our police department,” said Matt Schumacher, supervisor chair. “Who you guys elect in 2021 to take my seat, they might do something different. But this group here for the next two years is not passing an ordinance which defies the law.”

Discussion was divided along lines similar to a previous township meeting. Proponents cited the time and distance law enforcement needed to travel to arrive at an incident in other areas. However, sentiment also emerged against a resolution, a statement without an enforcement mechanism, indicating it sent a wrong message.

“I think it is important to have Harrisburg know what the community feels in terms of the Second Amendment,” Supervisor Char Gray said before the vote. “As they are carefully considering, hopefully, new gun laws, that they do take into consideration a lot of the things we talked about today.”

Supervisor Jim Knight noted before the vote that a Supreme Court decision cited by SASO supporters which affirmed firearm use also affirmed the right of government to regulate weapons and ownership beyond rights guaranteed by the Second Amendment.

Schumacher and Gray voted in favor of the resolution while Knight voted against.

Gray said afterward that over 28 states and 418 counties have passed similar ordinances or resolutions. Schumacher observed that the SASO movement started when more stringent gun legislation was proposed by the governor of Virginia.

“If Virginia never happened, I don’t think we’d be sitting here talking about it because it wouldn’t be an issue that got the hotbed of the country,” Schumacher said. “Everyone saw what happened in Virginia. The Democrats took over all houses and the governorship, then they decided to start making whatever laws they decided they wanted to do.”

Schumacher observed that an assault-weapon ban in Virginia did not advance. Meantime, Knight said his point was not whether the township supported the Second Amendment, but that it was not an issue for the township to resolve.

Gray added that firearm safety programs and education on gun laws were worthy of support. Rep. David Rowe (R-85), from the audience, noted that firearms legislation was under consideration.

Three law enforcement officers took questions on a variety of firearms issues as the meeting began.

Ernie Ritter, Union County sheriff, said private sales of long guns, but not handguns, could be completed without a background check. Paul Yost, Buffalo Valley Regional Police chief, said it wasn’t likely that a person would be charged with discharging a firearm in the process of defending themselves. However, all aspects of an incident would have to be considered, a responsibility of the district attorney. Dirk Remensnyder, Union County game warden and Pennsylvania Game Commission, explained that semi-automatic weapons were legal to use during certain hunting seasons.

To date, he said game commissioners have not authorized AR-15 weapons for hunting big game.