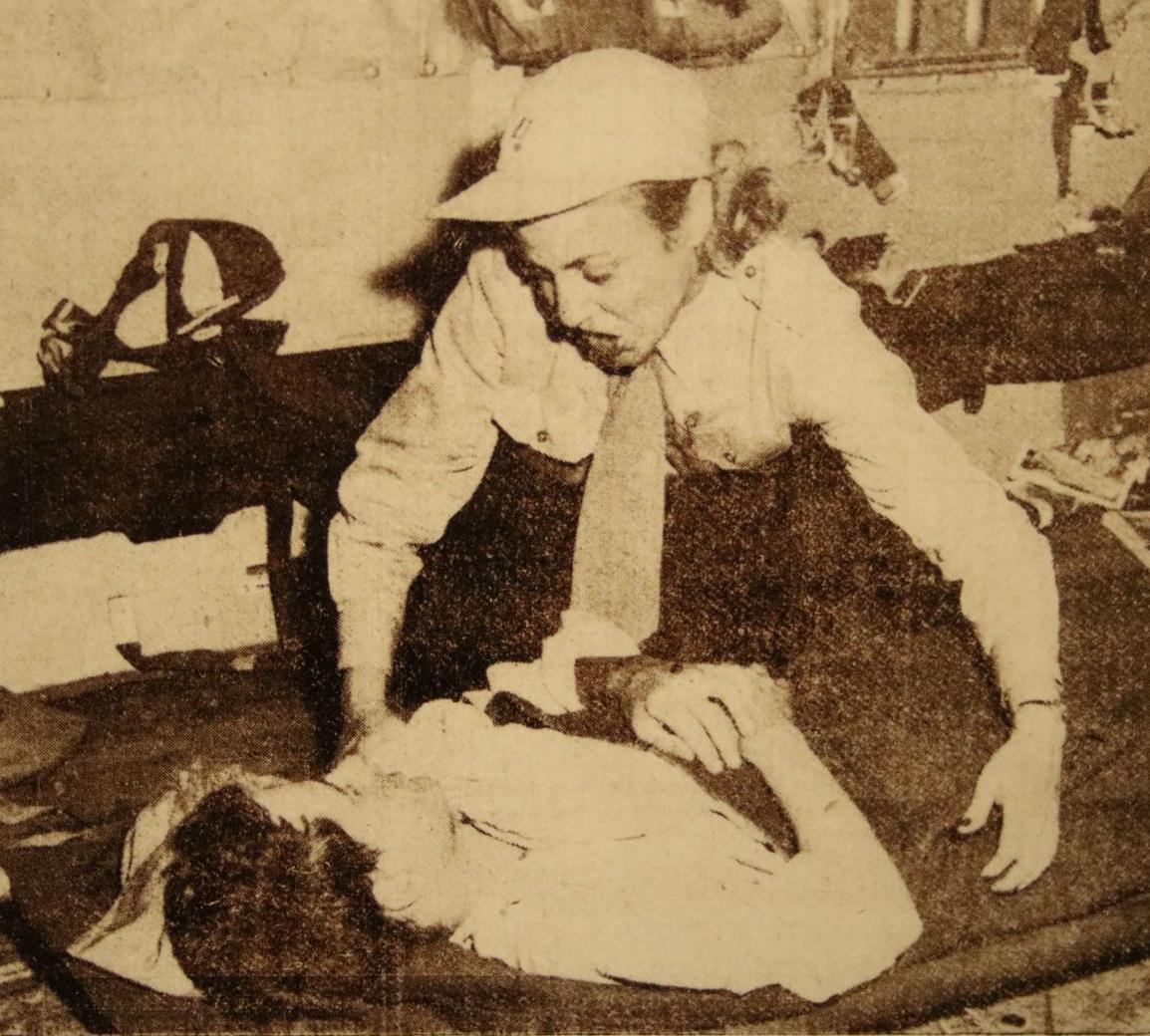 Capt. Jane Bingaman Murphy was in charges of 163 Americans wounded in Korea who were flown to Japan in the largest mercy flight ever made to that point in history. 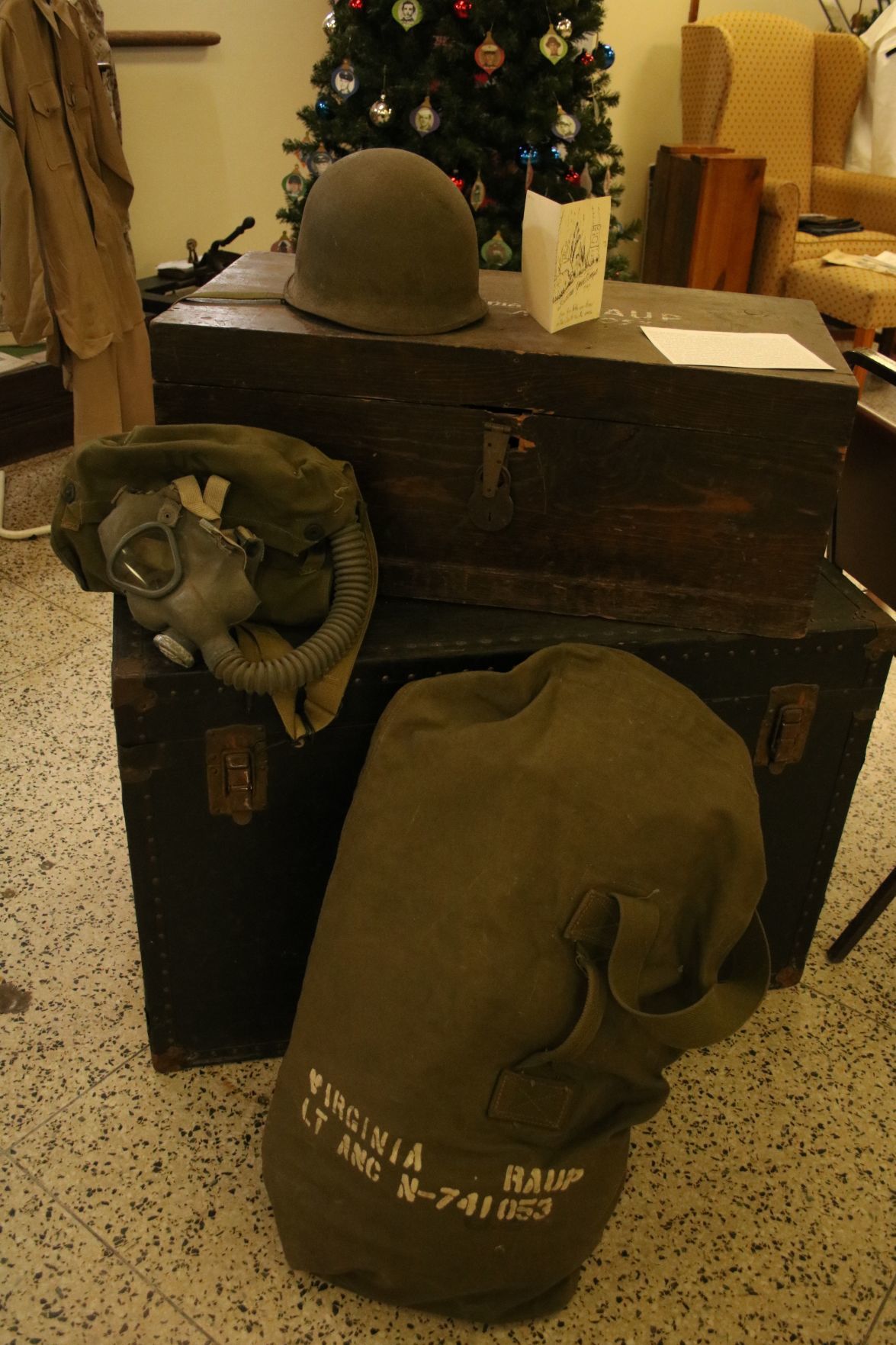 Personal belongings of Virginia Raup are on display at the Watsontown Historical Association headquarters as part of ‘A Soldier’s Christmas’ from 1 to 4 p.m. Saturdays and Sundays this month. 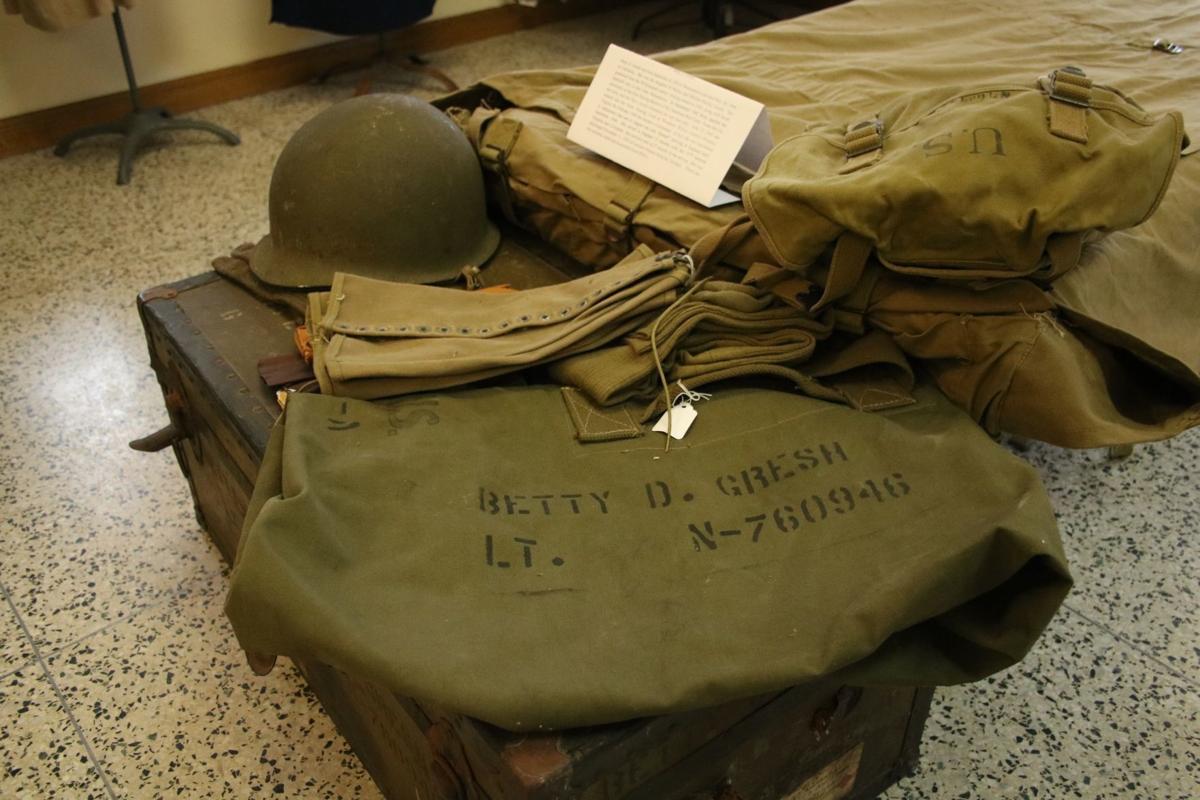 Uniforms, a trunk and other personal belongings of Army nurse Betty Gresh are on display from 1 to 4 p.m. Saturdays and Sundays at the Watsontown Historical Association, 200 Main St., Watsontown.

Capt. Jane Bingaman Murphy was in charges of 163 Americans wounded in Korea who were flown to Japan in the largest mercy flight ever made to that point in history.

Personal belongings of Virginia Raup are on display at the Watsontown Historical Association headquarters as part of ‘A Soldier’s Christmas’ from 1 to 4 p.m. Saturdays and Sundays this month.

Uniforms, a trunk and other personal belongings of Army nurse Betty Gresh are on display from 1 to 4 p.m. Saturdays and Sundays at the Watsontown Historical Association, 200 Main St., Watsontown.

Local women have long played a role in the military. Take Helen Fairchild, an Allenwood-area woman who garnered international attention for her service as a nurse during World War I and has been featured several times as a part of “Honoring Valley Veterans.”

The service of local nurses continued into World War II and Korea, as we take a look at a trio of nurses who signed up to serve the armed forces during wartime.

Jane Bingaman Murphy, of Milton, served as a flight nurse during the Korean War, but that wasn’t her first stint during wartime.

Murphy, a Milton graduate, graduated from the Presbyterian Hospital School of Nursing in New York City. She enlisted in the Army Nurse Corps in 1943 and was a flight nurse in the China-Burma-India Theatre before being discharged in 1945.

She made several flights over “The Hump,” the name given by pilots for the eastern end of the Himalayan Mountains and considered the most dangerous Army Air Corps airlift route in the theater. The route was necessary, but dangerous due to jetstream-strength winds and unpredictable weather conditions. Pilots called the flight the “Skyway to Hell” and the “Aluminum Trail” during the war due to the high casualty rate.

More than 600 planes went down in the area and a conservative estimate of 1,000 troops were lost there.

After the war she served as a civilian employee at the American Embassy, London, and in 1948 returned to the United States, where she was employed at Wright Field, Dayton, Ohio.

In August 1949, she reenlisted in the Army Nurse Corps and was stationed at Brookley Air Force Base, Mobile, Ala., before being sent to Japan.

During the Korean War, she was in charge of 163 American soldiers wounded in combat. At the time, it was the largest number of casualties ever to be evacuated on one aircraft. The story was first detailed in the Nov. 1, 1951 edition of The Milton Evening Standard.

Murphy was a captain at the time. The plane used was an Air Force C-24A Globemaster and the flight took off from Pusan, Korea, for the two-hour flight to Japan. Upon landing in Japan, 103 litter cases and 62 ambulatory cases were evacuated to hospitals.

Murphy said at the time the flight was “smooth and uneventful.”

Chuck Confer, of Milton, remembered Murphy, who died in the 1970s, as a “fine person” and “worked very hard as a nurse.” Confer’s mother was a friend of Murphy and the two went to school together.

She retired to Milton and enjoyed needlepoint later in life. One of her works of art is now in the possession of the Milton Historical Society. After wartime service, she served asa supervisotr at Andrews Air Force Base.

She once told Confer during a visit to Arlington National Cemetery she “had more friends there than anywhere else.”

Virginia Raup, of Watsontown, graduated from Danville State Hospital School of Nursing in 1936 and worked at the U.S. Veterans Hospital, Canandaigua, N.Y. prior to the war.

On Jan. 17, 1942, she enlisted with the military in Philadelphia and was given the rank of 2nd lieutenant when called to active duty with the United States Nursing Corps. She was sent to Australia, then New Caledonia, as a member of the EVA Unit 52.

An Army nurse censor, she was recognized in June 1942 when President Franklin D. Roosevelt commended her for her service as a “soldier in the United States Army… You bear with you the hope, the confidence, the gratitude and prayers of your family, your fellow citizens and your president.”

When she returned from New Caledonia, she was ordered in June 1943 to report to Chickasaw, Okla. and in 1944 was transferred from Camp Kilmer, N.J. to Halloran General Hospital, Staten Island, N.Y. She served as a nurse on the Blanche F. Sigman Hospital Ship in the South Pacific, as well as another hospital ship, both of which brought wounded soldiers home from Europe during the war.

She was promoted to 1st lieutenant in early 1945 and was discharged Nov. 3, 1945, after serving three years and nine months. She was discharged wearing the American Theatre and Asiatic-Pacific Theatre ribbons from Fort Bragg, N.C.

Betty D. Gresh, of Watsontown, graduated from the Williamsport Nurses’ Training School in 1992, along with Sarah Hartranft, also of Watsontown.

In September 1942, Gresh applied for enrollment in the First Nursing Reserve of the American Red cross, a list from which the Army and Navy recruited volunteers for war-time duty.

On June 15, 1943, she entered the Army Nursing Coprs at Woodrow Wilson General Hospital in Virginia and was given the rank of lieutenant in February 1944.

In July 1944, she was transferred to Fort Indiantown Gap and in August was shipped to England, where she arrived in early September 1944. She served in England for 11 months with the 157th General Hospital, near Liverpool. She served a total of two years and three months in the military before being discharged Nov. 11, 1945, at Lawson General Hospital, Georgia.