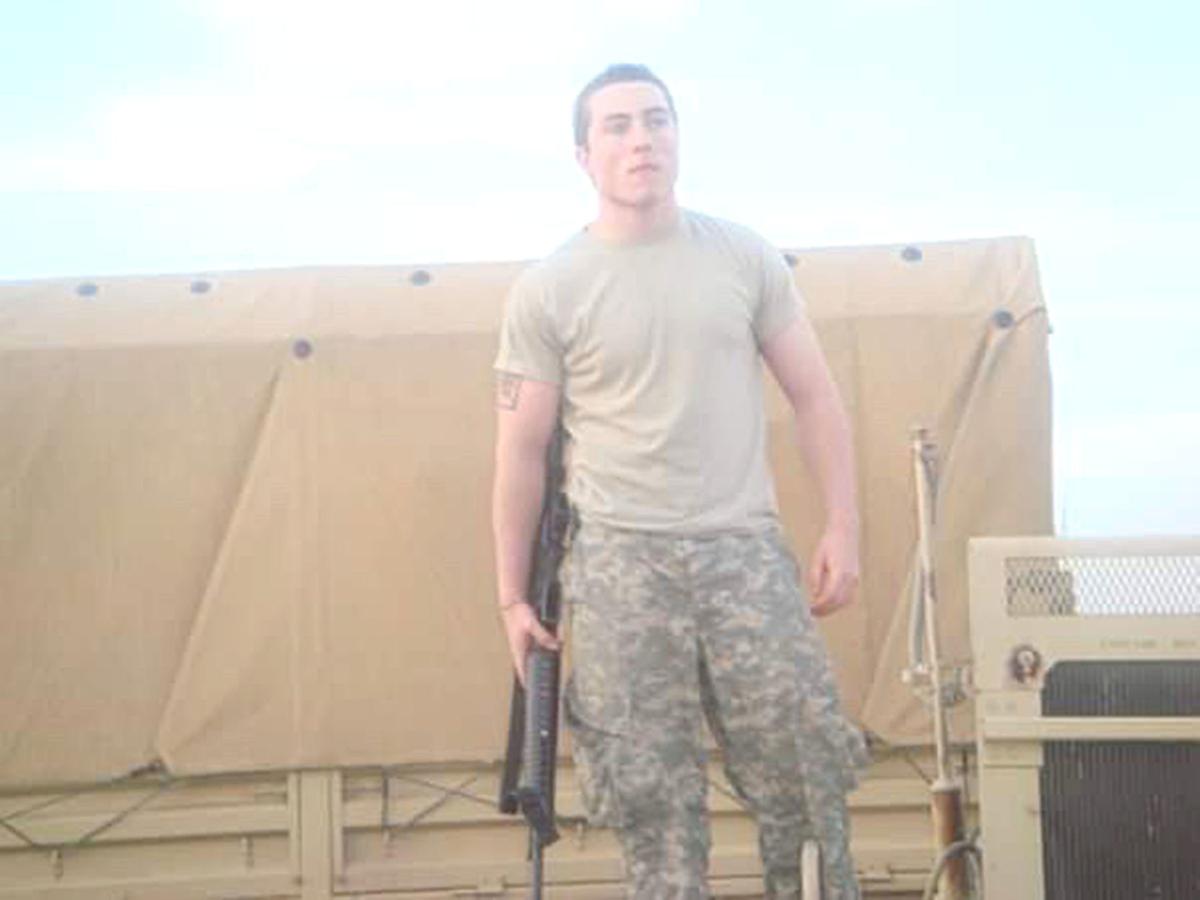 Sgt. Adam Kelly survived taking mortar fire in Iraq. He is know fighting cancer. A fundraiser to benefit him will be held Saturday at Wynding Brook Golf Club.

Adam Kelly, a 2005 graduate of the Milton Area High School, played baseball while in school. Kelly, who served in Iraq, is now fighting cancer.

Sgt. Adam Kelly survived taking mortar fire in Iraq. He is know fighting cancer. A fundraiser to benefit him will be held Saturday at Wynding Brook Golf Club.

Adam Kelly, a 2005 graduate of the Milton Area High School, played baseball while in school. Kelly, who served in Iraq, is now fighting cancer.

MILTON — A 2005 graduate of the Milton Area High School survived taking mortar fire in Iraq, and he’s now engaged in an even bigger battle.

“I’m going to win,” said Sgt. Adam Kelly, who has been diagnosed with colon and lung cancer.

“I plan on beating this illness,” he continued. “I want to travel and offer public speaking about cancer and how not to give up and quit no matter how hopeless it can be. This might be my purpose.”

A fundraiser to benefit Kelly — who now lives near Sunbury — will be held from 5 to 10 p.m. Saturday at Wynding Brook Golf Club, 201 Harvey’s Lane, Milton.

The cost to attend will be $10. The event will include food, entertainment by Milltown Blues from 5 to 6 p.m., followed by D.J. Andy Landis of On the Spot Entertainment.

Kelly is currently enlisted with the U.S. Army Reserves, a member of the 442nd Quartermaster Company. His service started when he joined the U.S. Army in 2005.

Due to his illness, Kelly retired in 2019 from a career as a juvenile counselor.

On April 6, Kelly woke up feeling ill and was initially diagnosed with Crohn’s disease.

About one month later, Kelly was sent for a colonoscopy. After an MRI, he was scheduled for surgery.

“That was the surgery that they found stage four colon cancer,” Kelly said. “From there... I went to the Cancer Institute of America in Philadelphia. I received six cycles of chemo there. It was working.”

“(The cancer) metastasized to my lungs,” he said. “It’s also on the liver. Now, I’m a patient at Johns Hopkins (in Baltimore).”

Kelly, who has been given an 8% chance of living two years, begins chemotherapy through Johns Hopkins on Tuesday.

In spite of the battle he’s currently engaged in, Kelly continues to have a positive attitude.

“Overall, I’m pretty good because of all the people that have kept me going, family and (friends),” he said.

Kelly believes his cancer may be a result of toxins he was exposed to while serving in Iraq.

“We lived right next to a power plant, with massive smokestacks,” he said. “I’m guessing that’s where a lot of my exposure came from.”

One man who was also stationed there has since passed away from an illness, and two others have been diagnosed with colitis, according to Kelly.

In addition to the possible toxins he may have been exposed to, Kelly faced other dangers in Iraq.

“The first six months I was there was the worst,” he said. “We got mortared a lot.”

Vanessa Venios, a friend of Kelly’s who is involved in organizing Saturday’s fundraiser, said she’s moved to tears by hearing Kelly speak with such confidence that he will beat cancer.

Venios said the goal of the fundraiser is to bring in $5,000 to help offset the cost of Kelly’s medical bills and related expenses.

“He is one of the toughest people I have ever known,” Rantz said. “I know he will continue to fight.”

Kelly played baseball and basketball while in high school. He is carrying that competitive spirit into his fight against cancer.

Venios said anyone wishing to contribute to Kelly’s cause who cannot attend the fundraiser can do so by visiting the Adam Kelly Cancer Fund Go Fund Me page.