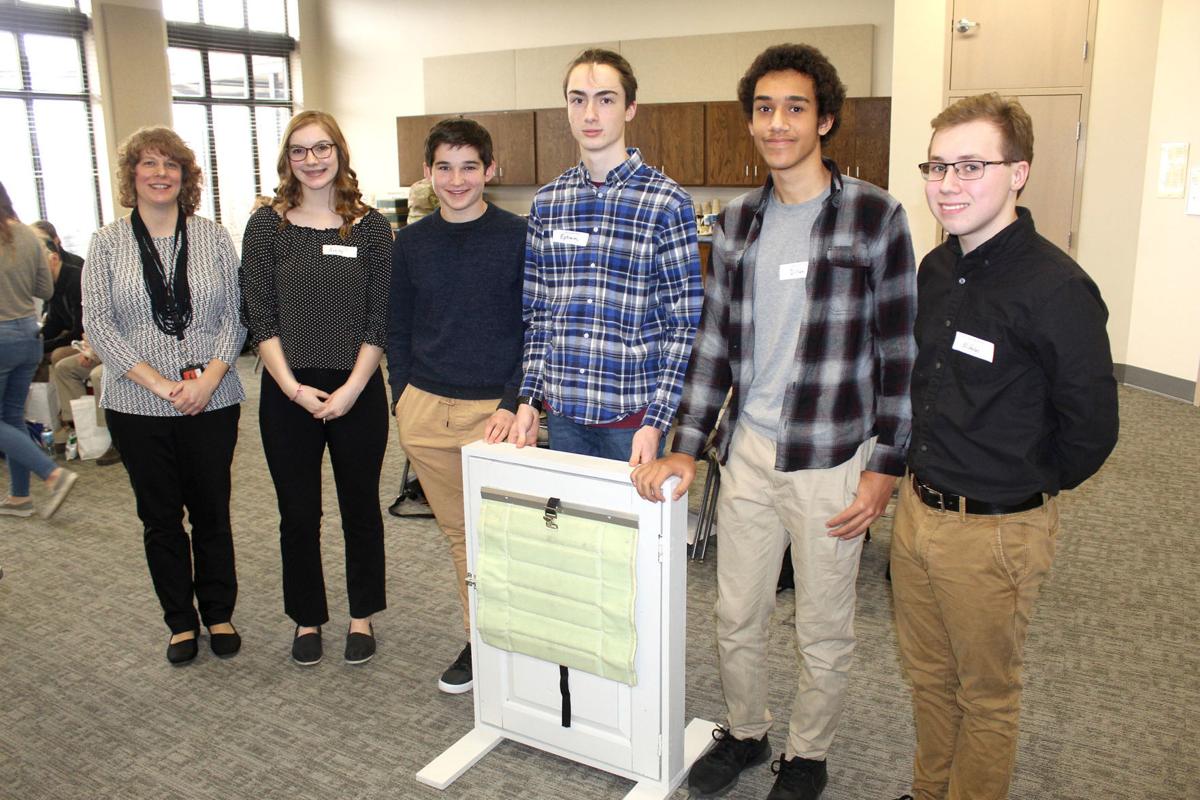 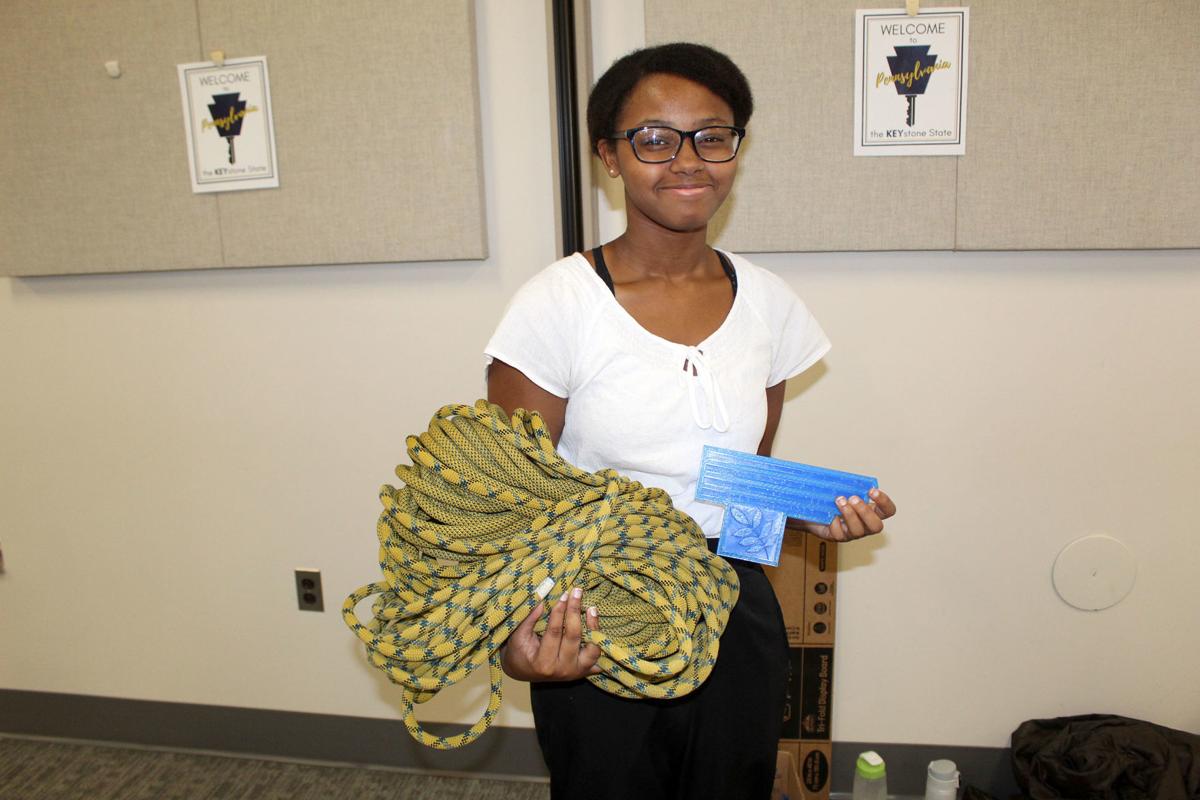 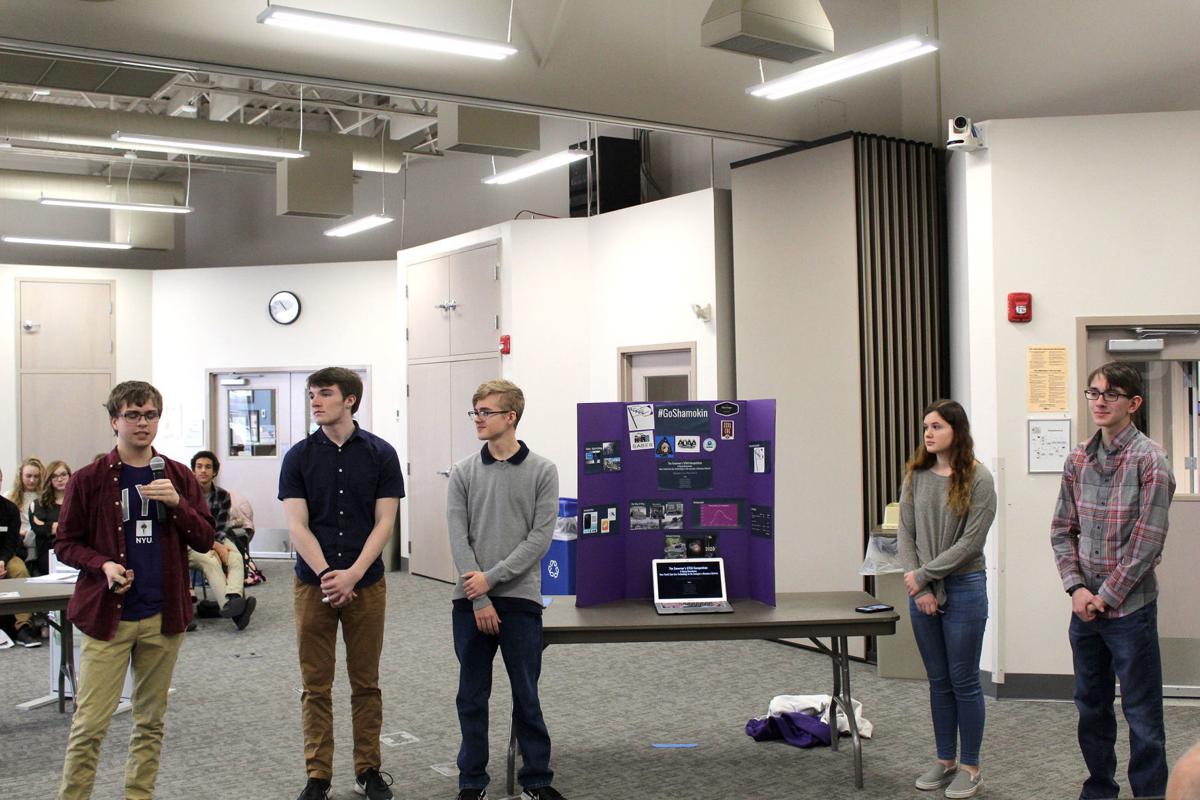 MILTON — Situated to the rear of the Lewisburg Area High School is a walking trail specifically designed to be used by those who are visually impaired.

A group of students from the school believe that concept can be incorporated on a larger scale, to give those with visual impairments the opportunity to enjoy time out in nature.

“The Braille Trail” was presented by five Lewisburg students during a Regional STEM Competition, held Thursday at the Central Susquehanna Intermediate Unit (CSIU).

In addition to Lewisburg, students from Milton, Shamokin, Central Columbia and Midd-West participated in the competition, which focused on science, technology, engineering and math skills.

Tanya Dynda, a CSIU instructional technology STEM specialist, said the winners will advance to a statewide competition, to be held May 7-8 in Harrisburg.

Thursday’s competition was open to teams of up five students, in grades nine through 12, in schools served by the CSIU.

“It’s a very general theme,” Dynda said, while describing the competition. “They have to find a problem they feel exists in Pennsylvania.”

After identifying the problem, students were tasked with developing a project to address the issue.

“Each team received $500 to build a prototype,” Dynda said. “They have to write a proposal. They have to present their prototype to a panel of judges.”

The team from Midd-West, Dynda said, developed a handheld device which can scan an individual’s vital signs.

The winning team will receive $750 in order to improve their project in time for the statewide competition.

Each team worked for several months to develop their concept.

On the trail, those with visual impairments are to follow a rope which guides their steps. At various points on the trail are plaques with braille writing, which highlight features along the path.

“We have one right now behind the high school,” Meyer said, of the trail. “We would like to expand it to the Buffalo Valley Rail Trail or other schools in the area.”

Student Jennaye Pointer said plaques along the school’s trail were made with a 3D printer donated by the Green Dragon Foundation.

The braille writing on the plaques was created using a computer program, and proofed by an individual who reads braille.

In addition to Meyer and Pointer, other members of Lewisburg’s team included Liam Cummings, Emma Freeman and Alisa Lo.

“We created a bulletproof curtain that can be incorporated into classrooms and possibly businesses,” student Ashley Shamblen explained.

During a security drill, student advisor Natalie Myers-Easton said students realized school windows which were not covered could be vulnerable in the event of an armed intruder entering the building.

“An active shooter cannot shoot into a classroom as easily,” he said.

The students who crafted the curtain consulted with professionals on the project.

“We got some input from the school resource officer,” Shamblen said.

In addition to Shamblen and Fleck, other Milton students who participated included Seth Yoder, Ephraim Langdon and Dillan Guinn-Bailey.

“We worked over a span of two months to figure everything out,” Bashore explained. “Technology is the way of the future.”

In addition to presenting their projects, students were tasked on Thursday with developing a small structure capable of withstanding an earthquake.

Dynda said students were scored on that task so judges could see how well they worked together.

He said the Pennsylvania Army National Guard is hosting the regional competitions across the state.

“It’s quite remarkable, the creativity that some of these students have, it’s inspiring,” Kwiecien said. “We hope to show them we promote this type of creativity... We need creative people in our ranks.”