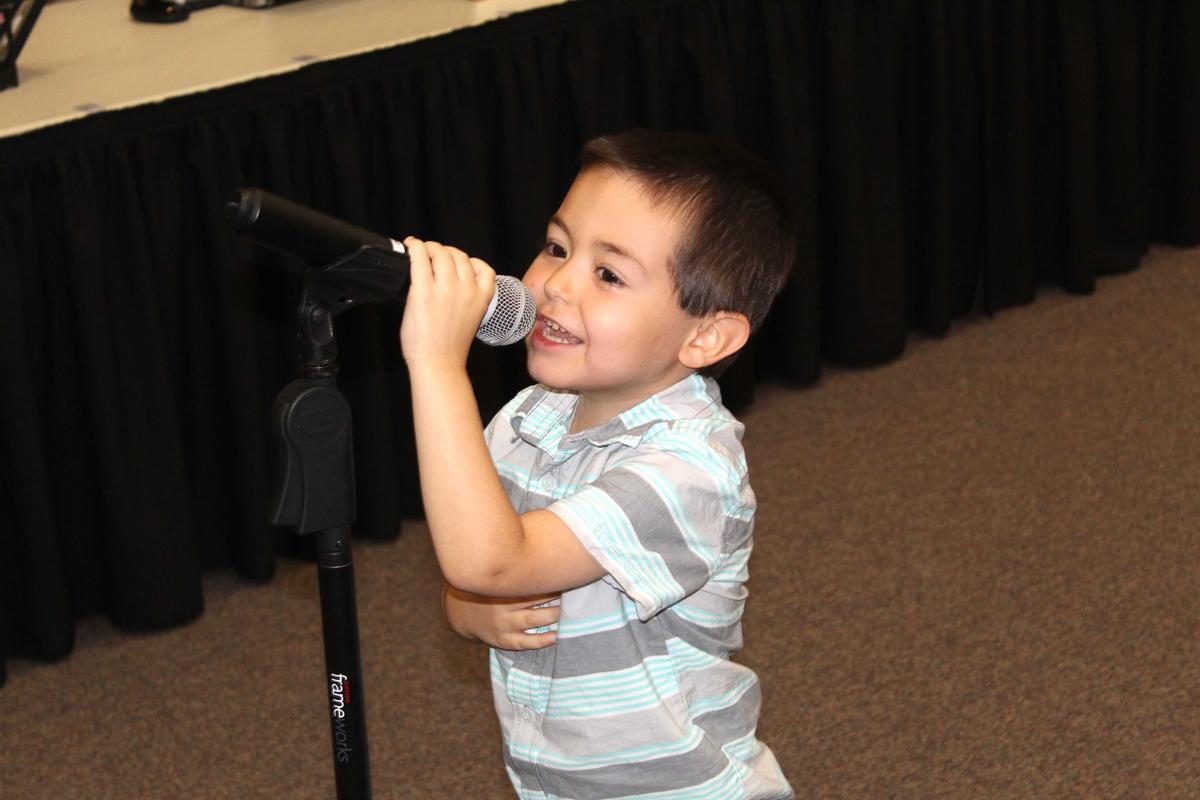 Damon Johnston, a second-grade student at Baugher Elementary School, was named September Citizen of the Month. He led the Pledge of Allegiance during Tuesday’s Milton Area School District school board meeting. 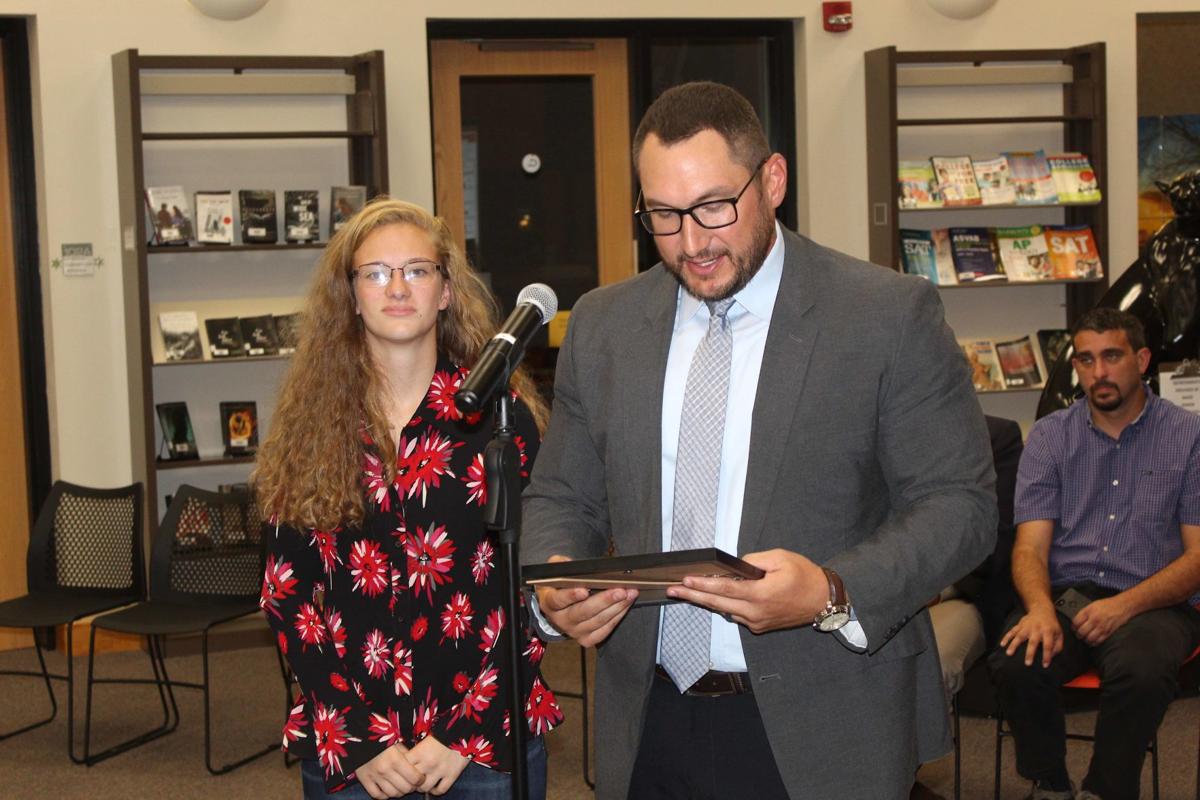 Damon Johnston, a second-grade student at Baugher Elementary School, was named September Citizen of the Month. He led the Pledge of Allegiance during Tuesday’s Milton Area School District school board meeting.

MILTON — As the Milton Area School District is moving forward with drawing up agreements to potentially lease the former Montandon Elementary School building, the West Chillisquaque Township board of supervisors is considering taking legal action against the district as a result of the school being closed.

The school board on Tuesday approved the superintendent, administrators and district solicitor to “prepare any necessary documents with the intention to lease portions of Montandon Elementary School” to the Central Susquehanna Intermediate Unit (CSIU) and Diversified Treatment Alternatives.

During a public comment period at the opening of the meeting, West Chillisquaque Township Solicitor Robert Benion read a prepared statement to the board.

After citizens raised concerns about the closure of the Montandon school at a Sept. 9 township meeting, Benion said he was authorized by the supervisors to “explore the possibility of bringing a suit against the school board” for closing the school.

“That is something that is still currently being explored,” Benion said.

He also quoted Section 305 of the Pennsylvania Municipalities Planning Code (MPC), which states any proposed sale or lease of school district property must be submitted to the local municipal planning agency for “recommendation at least 45 days prior to the execution of such proposed action” by the governing body of the school district.

“The township supervisors and planing commission oppose any leasing of the Montandon Elementary School,” Benion said. “It is their position that the building should continue to be operated as an elementary school for the children of the Milton Area School District.”

He also advised the board to contact the township’s zoning officers to determine what permits are necessary to change the use of the former school building.

The board in June voted to close the school beginning with the 2019-2020 school year, consolidating its students and staff to Baugher Elementary School.

Carl D. Beard, the district’s solicitor, responded to Benion’s comments by noting that the district followed all of the appropriate regulations imposed by the Pennsylvania Department of Education when a district opts to close a school building.

In addition, Beard said the district on July 19 sent a letter to the township to announce the former school building may be leased, meeting the requirement to notify the local municipality “at least 45 days prior to the execution of such proposed action.”

“You indicated there could be a suit coming,” Beard said, to Benion. “There is no way, under the MPC, you will be able to reopen the school. That ship has sailed.”

Later in the meeting, Beard said his firm will carefully review the lease agreements before they are approved in order to make sure the district is protected if “unforeseen circumstances” delay the lease holders from moving into the property.

Superintendent Dr. Cathy Keegan said the terms of the lease will call for CSIU to lease about 60% of the building, at a rate of $145,000 per year.

Dr. John Kurelja, CSIU assistant executive director, was in attendance at the meeting and said the organization is considering relocating its LPN career center to the facility.

She said on Tuesday the lease will call for Diversified Treatment Services to pay $85,000 per year.

Keegan also noted that the lease amounts cover utility fees associated with the building. She said the two leasing entities will be responsible for funding any renovations required to accommodate their programs.

During the meeting’s public comment period, community member Kevin Langdon said the district refused to approve three parents who were opposed the closure of Montandon Elementary School as volunteers within the district this year.

“This was a vindictive and irresponsible action,” Langdon said. “Stop dividing our community. We need to come together.”

Keegan later invited Langdon to set up a meeting with her to further discuss his concerns.

“It’s not Dr. Keegan who makes the ultimate decision,” Rantz said. “We work as a team… Those decisions are made at the board level, based on recommendations from administrators.”

Prior to the public comment period, the board held a 40-minute executive session to discuss personnel matters.

Following the session, board President Dave Edinger read a statement in which he said the board follows a set policy when approving volunteers.

Edinger said the district can deny a request to volunteer by individuals who do not have a positive attitude as that attitude could impact the students they are in contact with.

In other business, the board passed a motion — which did not appear on the meeting agenda — to grant The Architectural Studio approval to move forward with a renovation project of the high school’s outdoor athletic facilities.

Following the meeting, Keegan said the cost of the project is estimated at $5.8 million and includes the installation of a turf field, synthetic track and the construction of new concession stands.

Keegan said the project’s groundbreaking will be held in March, with work to be completed in October 2020. She said Athletic Director Rod Harris is devising a plan to relocate games for sports that will be impacted by the construction.

In order to accommodate a potential expansion project at the high school, John Howard, of the Architectural Studio, told the board earlier this month that the athletic facility will be shifted so it sits closer to the baseball field.

The board in August approved moving forward with a $10 million renovation project at Baugher Elementary School.

The board in July approved borrowing $9.9 million, to be used for renovation projects in the district. The district secured a 2.7 percent interest rate for the borrowing, which will be paid back through 2047.

Prior to approving borrowing those funds, Mellisa Hughes of PFM Financial Advisors said over the next three years the district will be borrowing $30 million and refinancing $4 million in existing debt for a variety of renovation projects highlighted in the district’s feasibility study.

Following Tuesday’s meeting, Keegan said the action taken by the board in July will cover the cost of the renovations at Baugher and the athletic facilities.