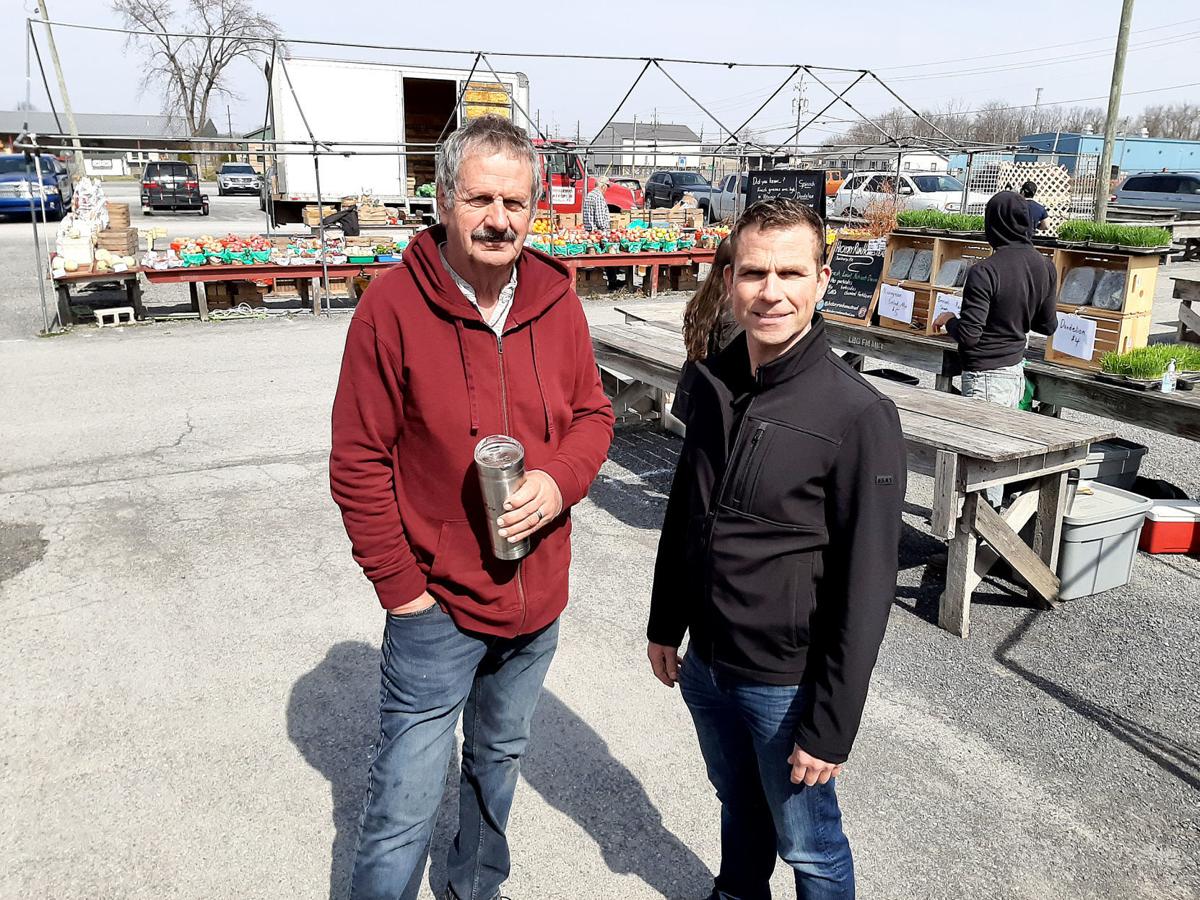 Joe Sharp, manager, and Gerald Stauffer, Lewisburg Farmers Market owner, were on hand Wednesday for the weekly assembly of vendors and customers. 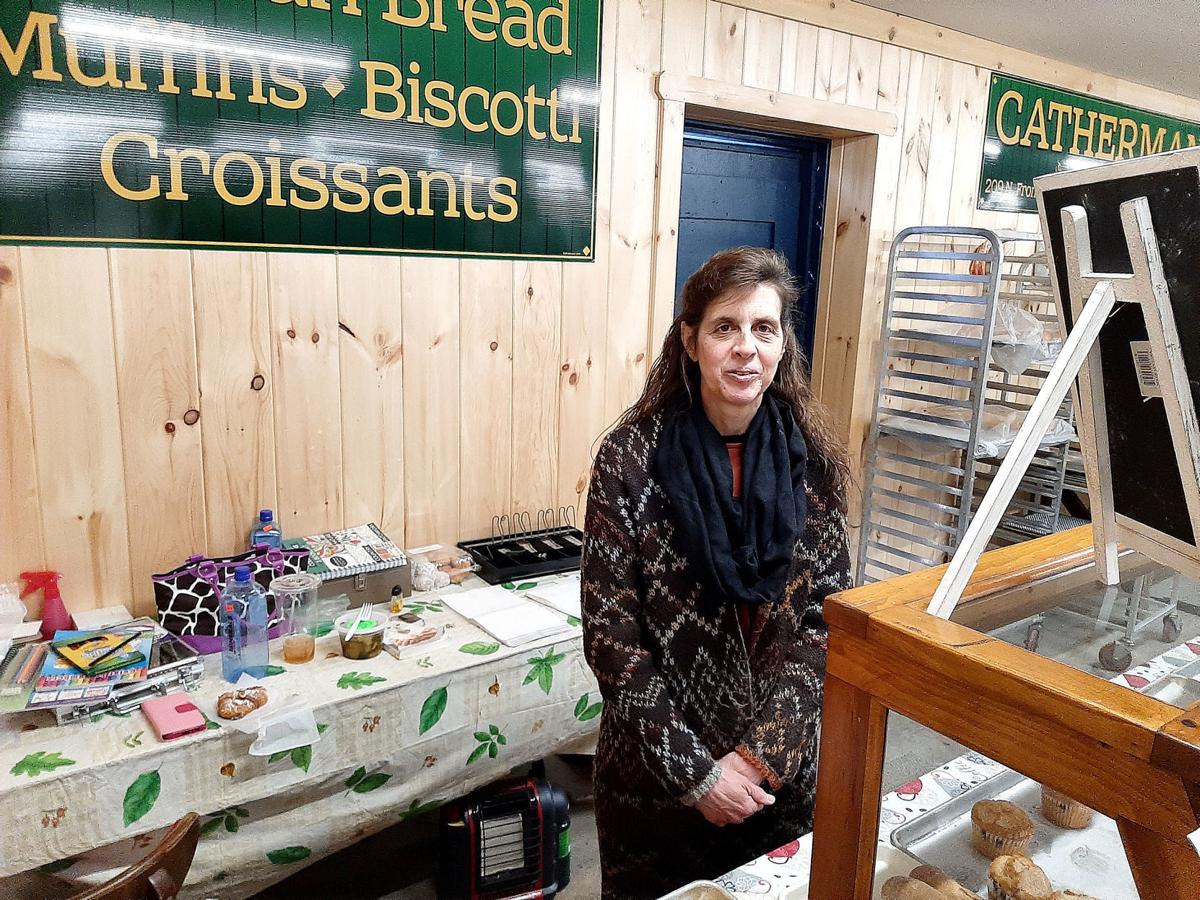 Brenda Engle of Catherman’s Cakes and Candies of said it was worthwhile to set up Wednesday at the weekly Lewisburg Farmers Market.

Joe Sharp, manager, and Gerald Stauffer, Lewisburg Farmers Market owner, were on hand Wednesday for the weekly assembly of vendors and customers.

Brenda Engle of Catherman’s Cakes and Candies of said it was worthwhile to set up Wednesday at the weekly Lewisburg Farmers Market.

LEWISBURG — The Lewisburg Farmers Market was open Wednesday, albeit with some precautions in place.

Patrons were asked to take a squeeze of a hand sanitizer upon entering or exiting the main market building. Vendors and others often went to their own supplies of cleaning products to ensure hand health.

But the Lewisburg midweek tradition continued as it has through other times of uncertainty.

“It was a moderate crowd today,” observed Joe Sharp, market manager. “Everybody that came though was here to spend money and buy things. It wasn’t a social event as it at times.”

Sharp surmised it was worthwhile being open.

“I think we’re doing a service to the public by being here and selling fresh vegetables and meat,” Sharp said. “We intend to be open next week and the following week unless we get shut down.”

“We will serve the people of this area in a way that other places in this area can’t,” Stauffer said. “Supermarkets do a good service. They bring their people food from California, China and who knows where. Price point sells for them. But we put value on quality and that’s why people are here.”

Vendors observed the number of people showing up was less this week, but those who did make the trip to the Fairground Road site were more certain to buy something.

Brenda Engle, of Catherman’s Candies and Cakes of Lewisburg, was among the vendors present and said customers made showing up worthwhile.

“They come out to show their support today,” she said. “I think it’s been a good day. I’m glad I came.”

Engle noted that it was far from being a bad day as far as business went.

“It was decently steady all day until just a little bit ago,” she said Wednesday afternoon. “This time of the day is quiet for us.”