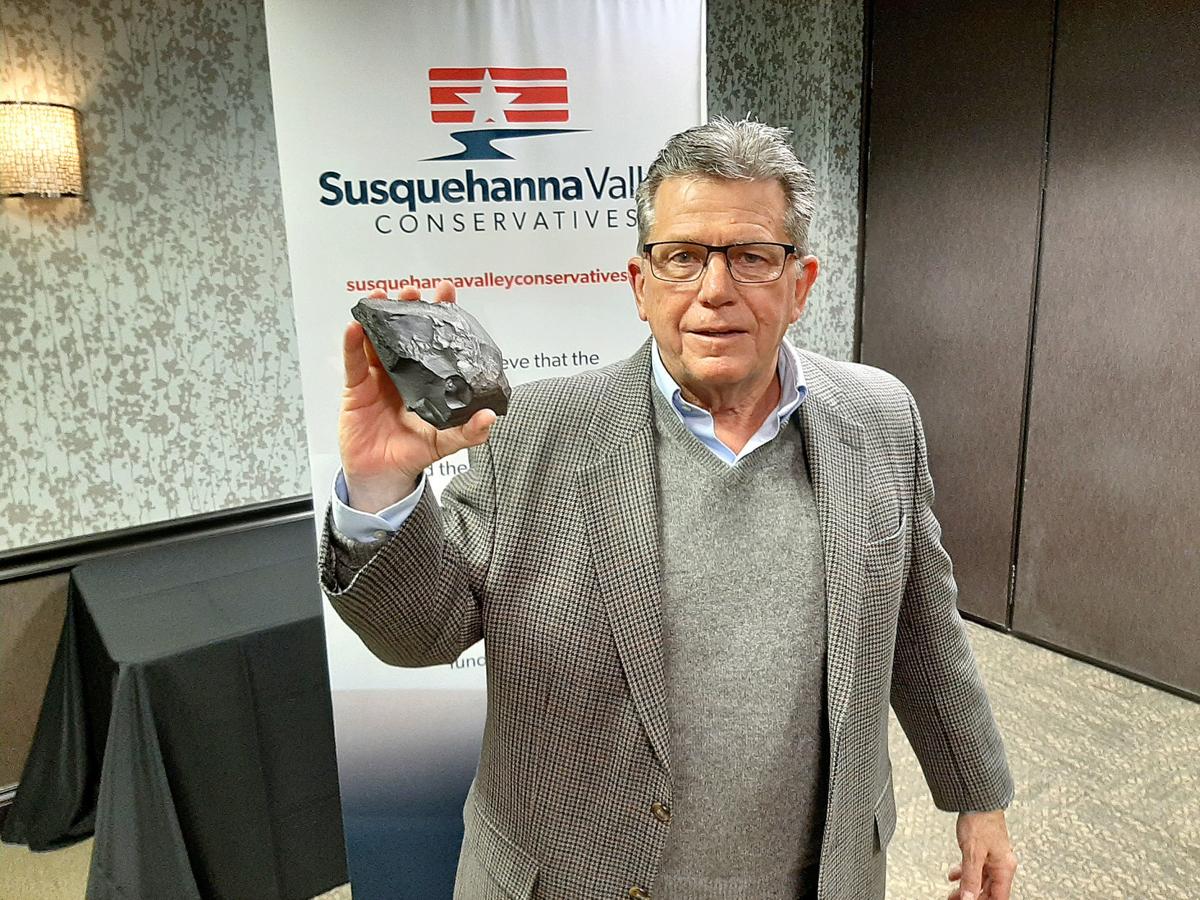 Gordon Tomb, Commonwealth Foundation senior fellow, produced a piece of Marcellus shale and explained to Susquehanna Valley Conservatives that natural gas is locked in the pores of the rock. 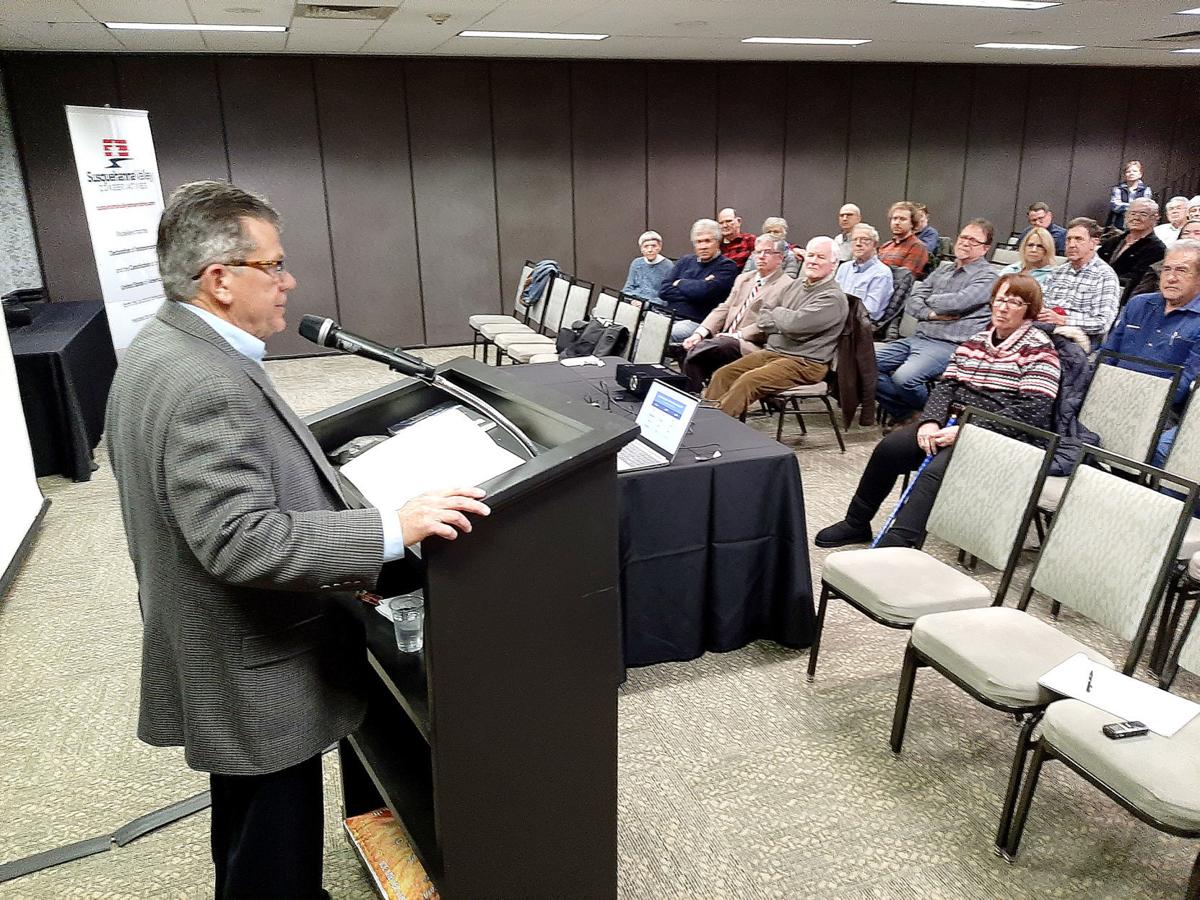 Gordon Tomb, Commonwealth Foundation senior fellow, produced a piece of Marcellus shale and explained to Susquehanna Valley Conservatives that natural gas is locked in the pores of the rock.

Gordon Tomb, Commonwealth Foundation senior fellow, told a meeting of the Susquehanna Valley Conservatives that natural gas has gone from contributing 2% of electric generation in 2001 to 36% in 2018. Drilling technology and other innovations have been instrumental in the shift in which gas now outpaces nuclear, coal and alternative generation.

Tomb produced a chunk of Marcellus shale and noted that natural gas was locked in the pores of the rock. But he said it took the late George Mitchell, owner of a north Texas energy company, to find a way to extract gas from shale.

“By the late 1990s, Mitchell had figured out how to crack the shale with high pressure charges of water,” Tomb said. “Not only did this method free up previously inaccessible gas, it made old wells more productive. A 17-year-old gas well which had produced 250 million cubic feet of gas in the course of its entire life, after Mitchell did his thing to it, it put out 1 billion cubic feet in 50 months. Four times as much in 50 months of being fractured.”

The night concluded with an appearance by Rep. David Rowe (R-85). He explained there were two ways of looking at energy as topic in Harrisburg.

Democratic Gov. Tom Wolf, Rowe explained, has pushed a Restore Pennsylvania initiative, whereby infrastructure repairs and removal of urban blight could be paid for via a severance tax on natural gas. He noted other taxes already in place, including a relatively high corporate net income tax, which he feared could encourage energy producers to leave.

Rowe called a Republican State House alternative, the Energize Pennsylvania Initiative, a measure which could grow state revenue by incentivizing businesses to come to the commonwealth. He cited the Shell ethylene “cracker” plant in Monaca, under construction, as a hub which could attract related businesses if incentives moved forward.

Tomb said an attempt a year ago to subsidize nuclear power production was ill-advised, as subsidies would raise consumer prices. However, natural gas could prove to be part of a transition period to nuclear electric production.

Tomb noted he spent a portion of his career employed by the nuclear power and electric utility industry and has been a consultant.