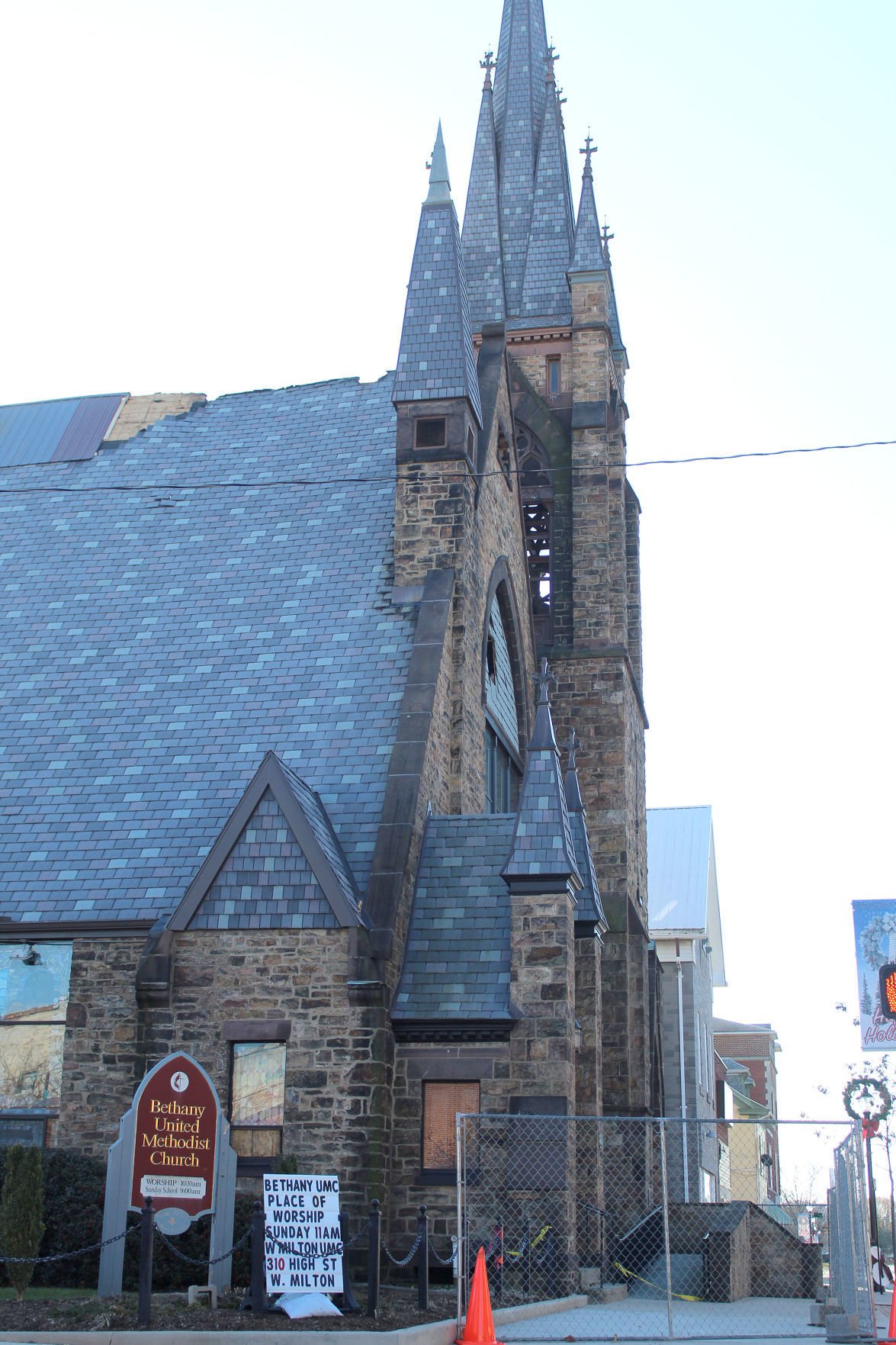 A fence now stands along the front of Bethany United Methodist Church. 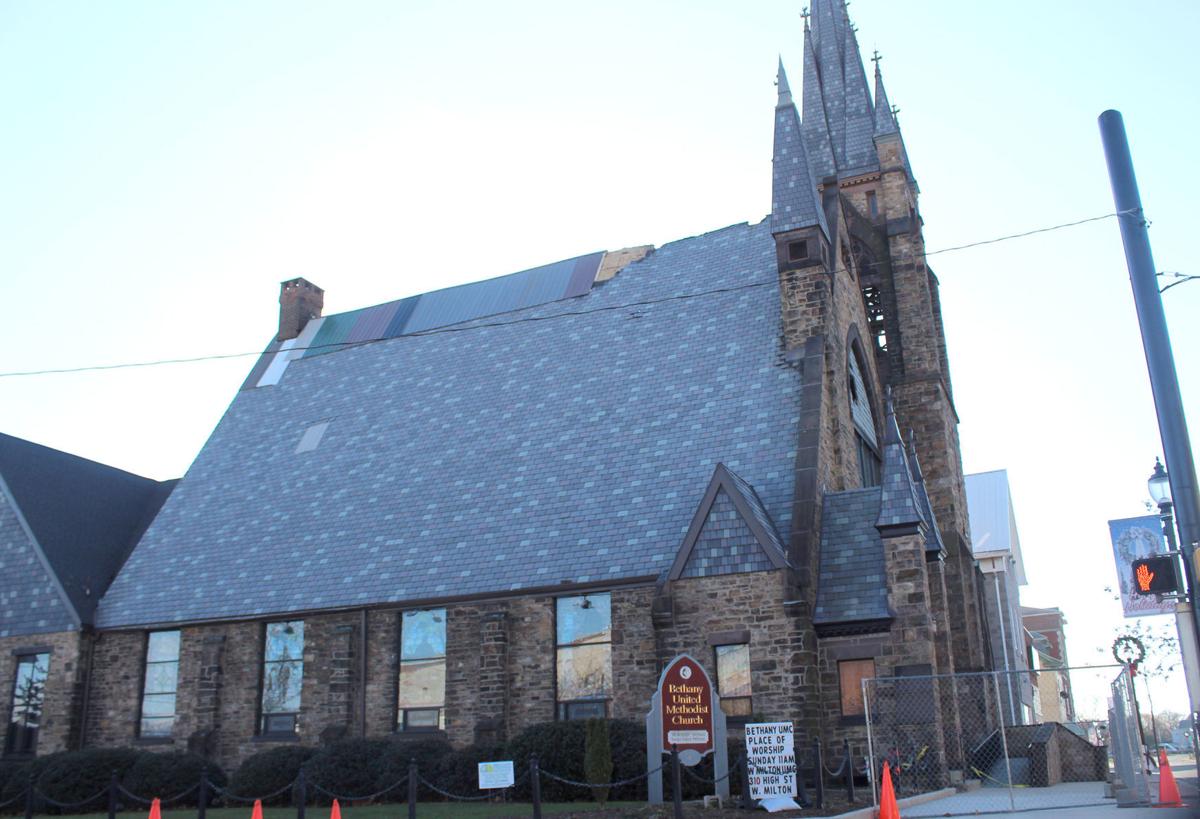 A fence now stands along the front of Bethany United Methodist Church as the insurance company continues its investigation into the Nov. 26 church fire. A sign in front of the church advises that Sunday services are currently being held in West Milton.

A fence now stands along the front of Bethany United Methodist Church.

A fence now stands along the front of Bethany United Methodist Church as the insurance company continues its investigation into the Nov. 26 church fire. A sign in front of the church advises that Sunday services are currently being held in West Milton.

MILTON — Noting the extensive damage to the property, a Pennsylvania State Police fire marshal said the cause of a fire which ripped through Bethany United Methodist Church remains undetermined at this time.

The fire was reported just before 2 p.m. Wednesday, Nov. 26, when Milton Police Department Chief Curt Zettlemoyer spotted smoke coming from the building. No one was inside at the time the fire started.

“As of now, the fire is ‘undetermined’ due to the amount of damage,” Pennsylvania State Police Fire Marshal James Nizinski wrote in an email to The Standard-Journal.

“The church’s insurance company will need to bring in equipment (lifts or scaffolding) to excavate and inspect the damage,” he continued. “No date has been set by the insurance company yet for this to be done.”

Bill McNeal, the church’s pastor, said the insurance company’s investigation is ongoing and could take several weeks to several months to complete.

“State police have completed their investigation,” he said. “The insurance investigator is going into more detail trying to figure out what caused the fire. Unfortunately, what they are looking for is any liability from any manufacturer defect.”

Church members said lights in the church flashed off during a service held the Sunday prior to the fire.

McNeal said some debris is currently being cleaned out of the building, which should be completed by the end of the week.

“Once they do that, we will have to go deeper and find out how much damage there actually is,” he said. “After that, we will get that all cleaned up and start the reconstruction phase.”

He noted that volunteers are currently not allowed inside the church to assist with cleanup efforts.

“The church itself is still an open investigation,” McNeal said. “They don’t want people to disturb the debris field.”

He also cautioned that he has heard of individuals claiming to represent the church possibly soliciting donations from community members.

“I have heard of people out with buckets, collecting funds for the church,” McNeal said. “The church has not sanctioned any of that. Hopefully the people are not trying to rip anyone off.”

He also noted that a Go Fund Me site was started to support the church.

“That was done by a private individual,” McNeal said. “That was not done by the church.”

He said the church has received donations from some individuals wishing to replace memorial items they had purchased for the church that were lost in the fire. Donations can also be made directly to the church to assist with incidental costs related to the fire that are not covered by insurance.

McNeal previously said he expects renovations to the church building to take 12 to 18 months to complete.

“They have opened up their church to us,” McNeal said. “It works out really well. When their church service ends (ours begins).”