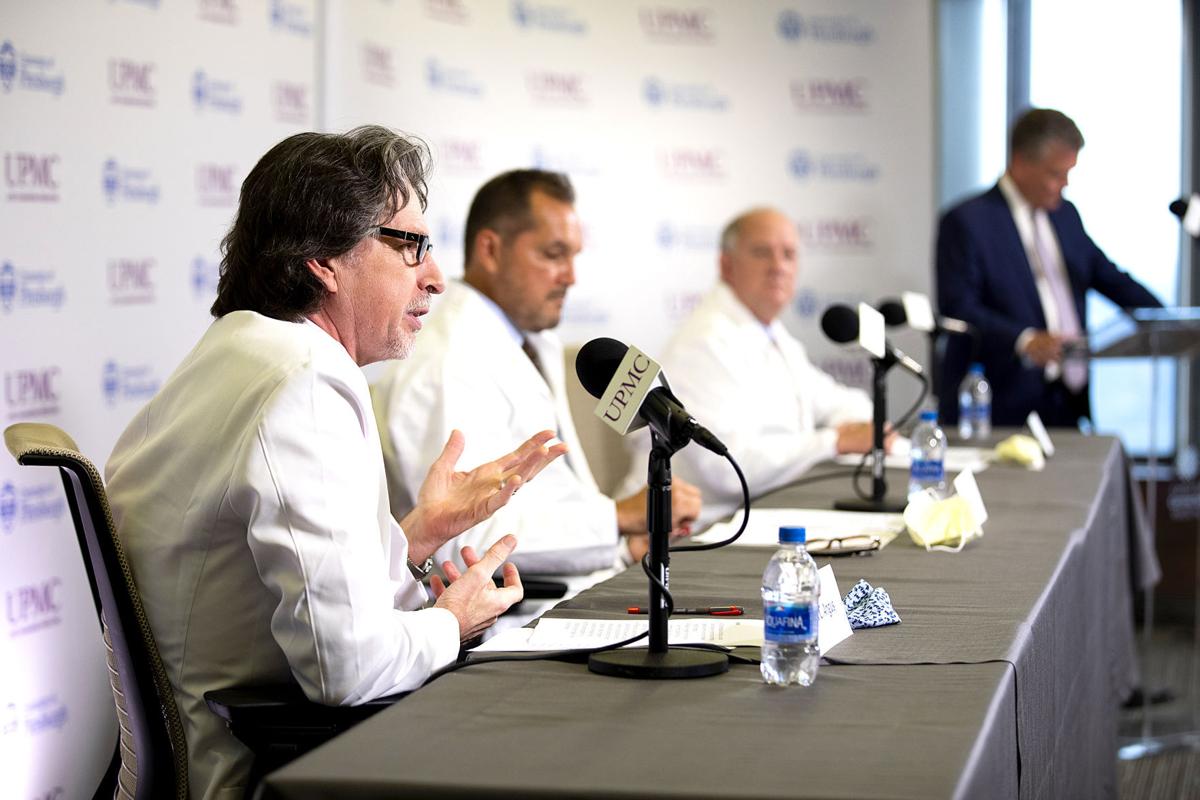 From left, Drs. Derek Angus, Oscar Marroquin and Donald Yealy of the University of Pittsburgh Medical Center (UPMC) discussed promising COVID-19 treatment as published this week in the Journal of the American Medical Association (JAMA). 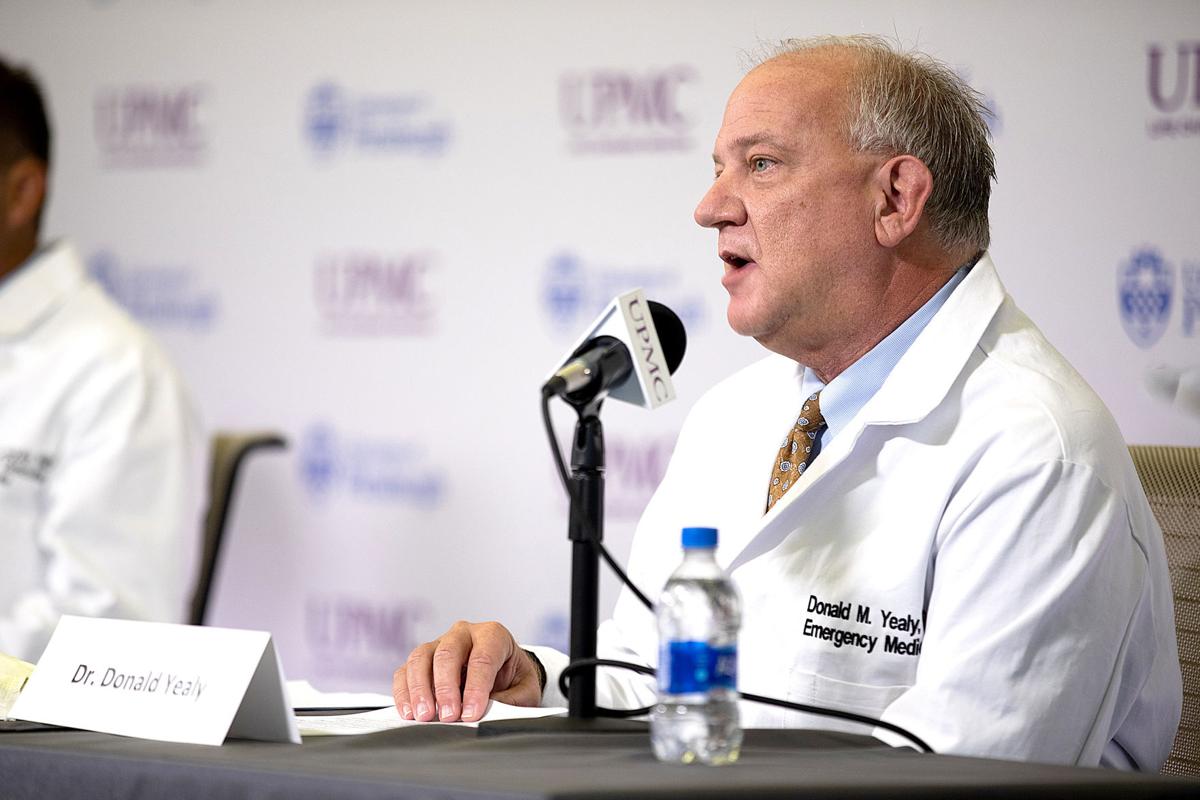 From left, Drs. Derek Angus, Oscar Marroquin and Donald Yealy of the University of Pittsburgh Medical Center (UPMC) discussed promising COVID-19 treatment as published this week in the Journal of the American Medical Association (JAMA).

Dr. Derek Angus, UPMC chief health care innovation officer and chair of critical care medicine at the University of Pittsburgh, explained in a Zoom platform news conference Thursday that supportive results were published this week in the Journal of the American Medical Association (JAMA).

“Many of you have probably heard of dexamethasone,” Angus said. “This is one type of corticosteriod. There was a trial published in the United Kingdom earlier this summer that suggested there would be benefits from dexamethasone.”

Success has in part been because the effectiveness of multiple treatments in multiple doses may now be measured. Angus said a Randomized Embedded Multifactorial Adaptive Platform (REMAP) can reduce the time needed for test results from months or years to weeks.

“After the initial good news in June on dexamethasone, what we did yesterday was really help provide definitive information,” Angus added. “That is in part why the WHO (World Health Organization) has issued very clear guidelines on giving corticosteroids, hydrocortisone or dexamethasone, to critically ill patients.”

Angus was asked about convalescent plasma, a treatment which transfers antibodies from people who have recovered from an illness, to people who are still ill. The technique was tried as long ago as the 1918-19 influenza pandemic.

“The problem is that there have never really been robust randomized clinical trials that actually demonstrate the benefit,” Angus said. “It continues to feel like a good idea, there is strong rationale for it, but we are really not sure of the benefit.”

Angus added that pressure on the Food and Drug Administration (FDA) to further look into convalescent plasma was understandable because of the ability to harvest it.

The effectiveness of remdesiver against COVID-19 was downplayed.

Angus said initial reports of a British study were encouraging in cutting recovery times, but there was no improvement in the death rate. He said a second study published in JAMA hinted that a five-day course of remdesiver may be more effective than a 10-day course. Angus also observed that remdesiver was costly.

Dr. Donald Yealy, senior medical director and chair of the Department of Emergency Medicine at UPMC and the University of Pittsburgh, said in introductory remarks that medical professionals have been learning how to more effectively treat COVID-19 patients as the pandemic has continued. Death rates from coronavirus have dropped compared to March and April.

Yealy also noted hospital stays, use of ventilators and need for intensive care has fallen which he attributed to knowing more about positioning and breathing support as well other improved treatments.

Dr. Oscar Marroquin, UPMC chief health care data and analytics officer, said the rate of testing has increased 2.5 times in the last two months while the rate of positivity of 5.28% was only slightly higher than the spring rate of 4.94%. He said the figures suggested the people served by UPMC are taking effective precautions.

Marroquin added that in-hospital mortality rates are trending down and recoveries are generally quicker. He said new expertise in treating the previously unknown disease has been helpful.

The doctors resoundingly concluded that even though COIVD-19 treatments are resulting in better outcomes, it was no time to ease up on the basics of hygiene, social distancing and facial covering.

“The masks absolutely matter,” Yealy said. “Don’t misunderstand me. It is the single biggest thing you can do to protect yourself and more importantly the people around you. You can’t know about how vulnerable they are.”

Yealy said masks act to both keep the virus contained as well as protection against contracting it.