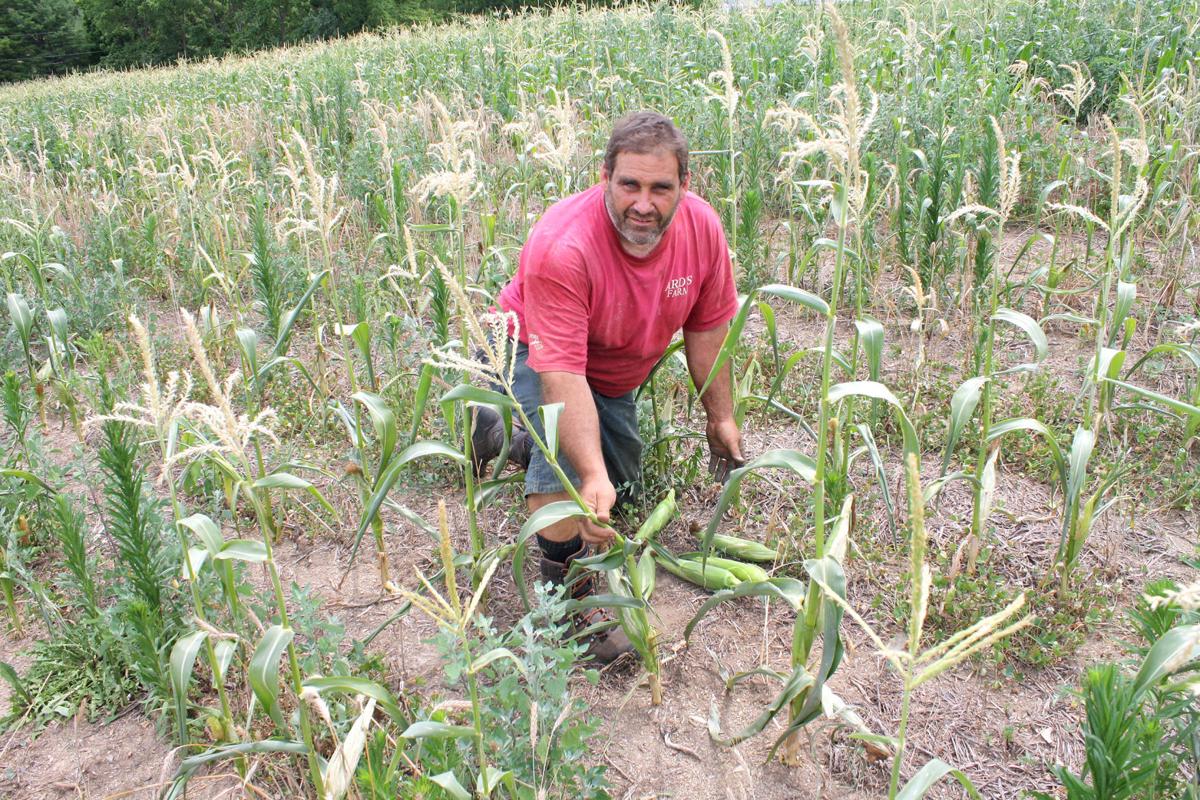 Alan Ard of Ard’s Farm, Lewisburg, said his corn should be higher and better-eared at this time of year. 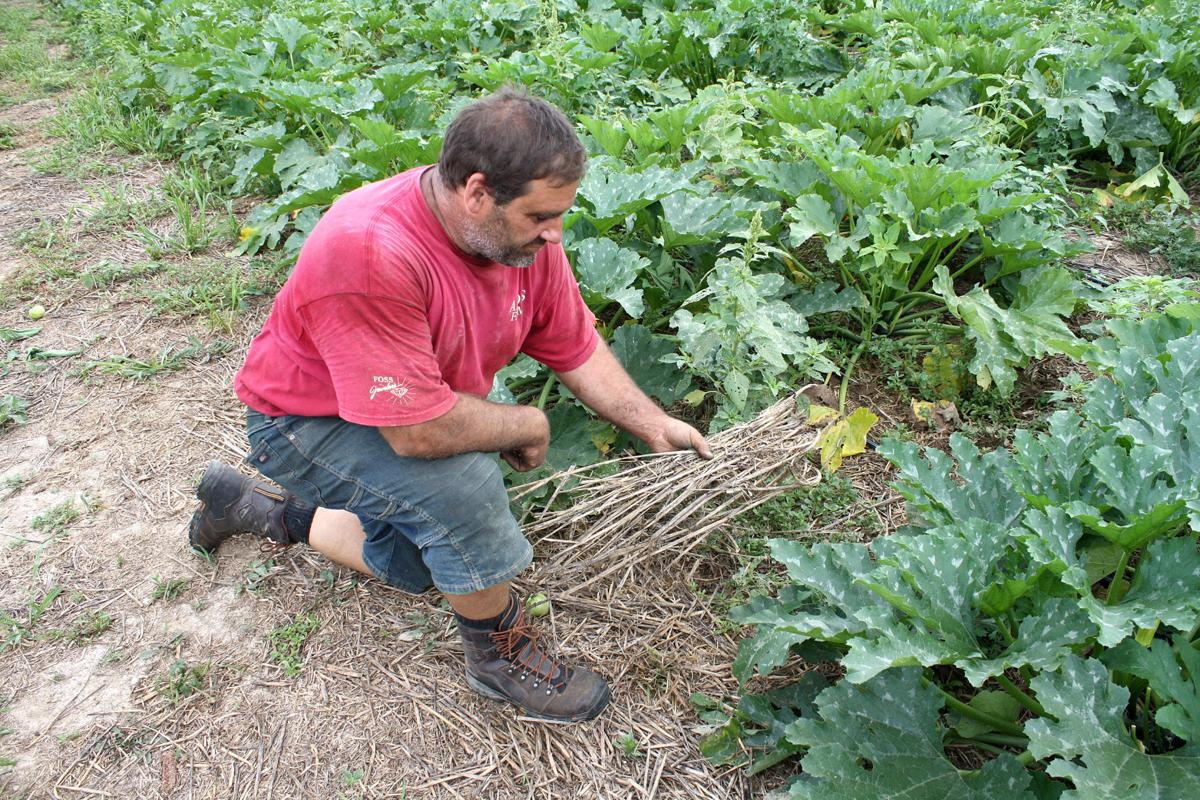 Alan Ard, of Ard’s Farm, Lewisburg, noted that planting a cover crop such as rye and use of no-till farming techniques helps conserve moisture. 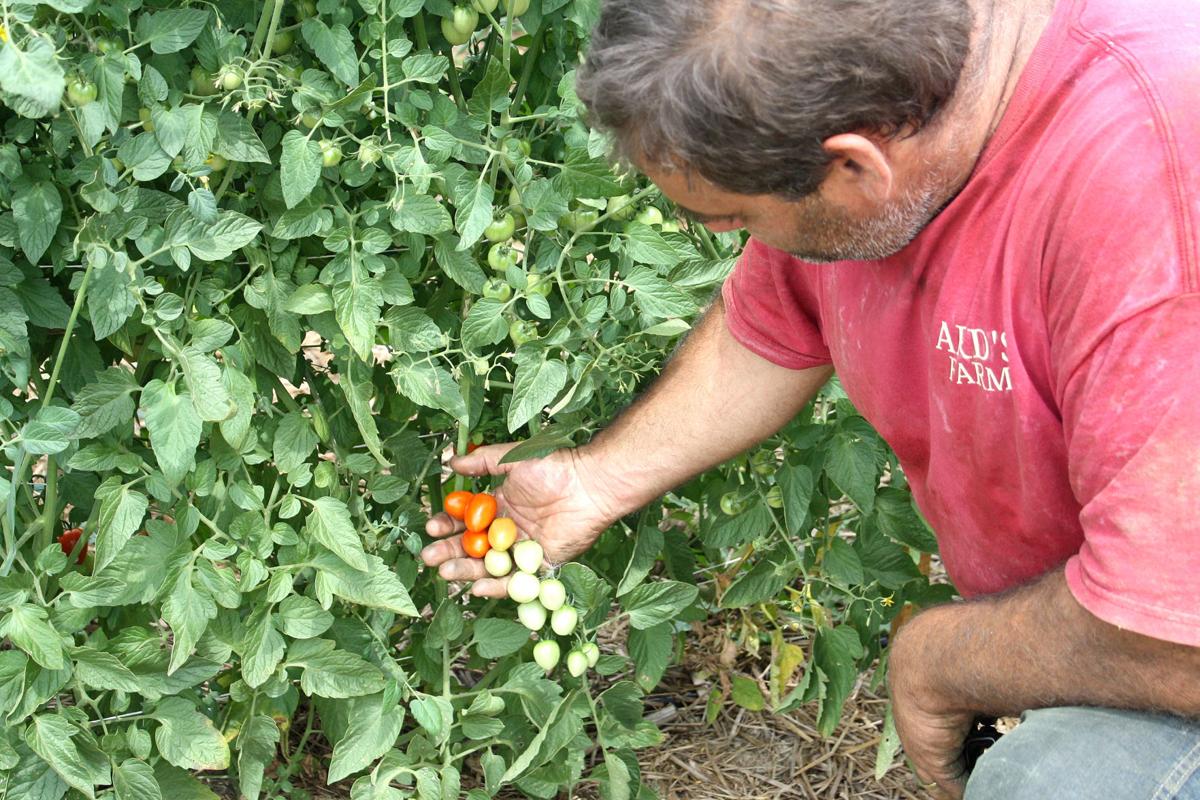 Alan Ard of Ard’s Farm, Lewisburg, said his corn should be higher and better-eared at this time of year.

Alan Ard, of Ard’s Farm, Lewisburg, noted that planting a cover crop such as rye and use of no-till farming techniques helps conserve moisture.

Union County and nine other counties have seen up to 75% less rainfall than normal in the last 30 days. The deficit in most counties, in inches, is close to three inches.

Snyder and Northumberland counties fared only slightly better with up to a 50% departure from normal.

Lowest regional rainfall amounts in the last 30 days were in Mifflin and Huntingdon counties where totals did not reach a single inch.

“We just keep waiting,” said Alan Ard of Ard’s Farm, Lewisburg. “We’re blessed in that we have some drip irrigation.”

Ard said some of his tomatoes, string beans and zucchini patches are aided by drip irrigation, a system which he said was more efficient than sprinkler-like overhead irrigation. Farm well water was used because he said there has been no rain for his rain collector to collect. Costs go up, of course, sometimes by hundreds of dollars to irrigate a relatively compact area.

Farmers who grow feed corn and soybeans can’t generally take advantage of drip irrigation, Ard observed. Their acreage is simply too large to irrigate unless they live next to a creek.

Ard, a long-time advocate of no-till farming, said the technique avoids plowing the soil which allows moisture to escape. Use of a cover crop also conserves moistue.

Central Pennsylvania was diverse in terms of farming. But Ard said that means farmers will have different needs depending on what they grow, especially when it comes to rainfall.

“The crop guys and dairy guys, they want a little more moisture,” he said. “With regular corn and regular soybeans, they don’t have the disease issues we have with (produce).”

Even for Ard, the dry spell had an upside of a kind.

“For me growing produce, it is actually easier to maintain healthier plants without so much wet,” Ard said. “Last year we had a lot of disease issues. The year before, tremendous disease issues where we lost 50% of our crop.”

Even so, it’s simply been too dry. Ard noted the corn for their annual corn maze had room for improvement.

Confounding things further was the spotty nature of what little rain has fallen. Not only were farms just a few miles away even drier, Ard said some of his acreage was in desperate need of moisture while patches a few hundred feet away were at least OK.

Corn should generally be taller and eared up more consistently by now, Ard said. He said it was a direct consequence of lack of rain.

Ard said friends who have dairy farms may be chopping their corn in the days ahead.

“If they don’t chop it, they will get nothing,” Ard said. “It affects them and how much milk their cows produce. The cost of production goes up because they have to supplement with higher quality protein.”

Ard predicted it would be a difficult summer for dairy farmers and others.