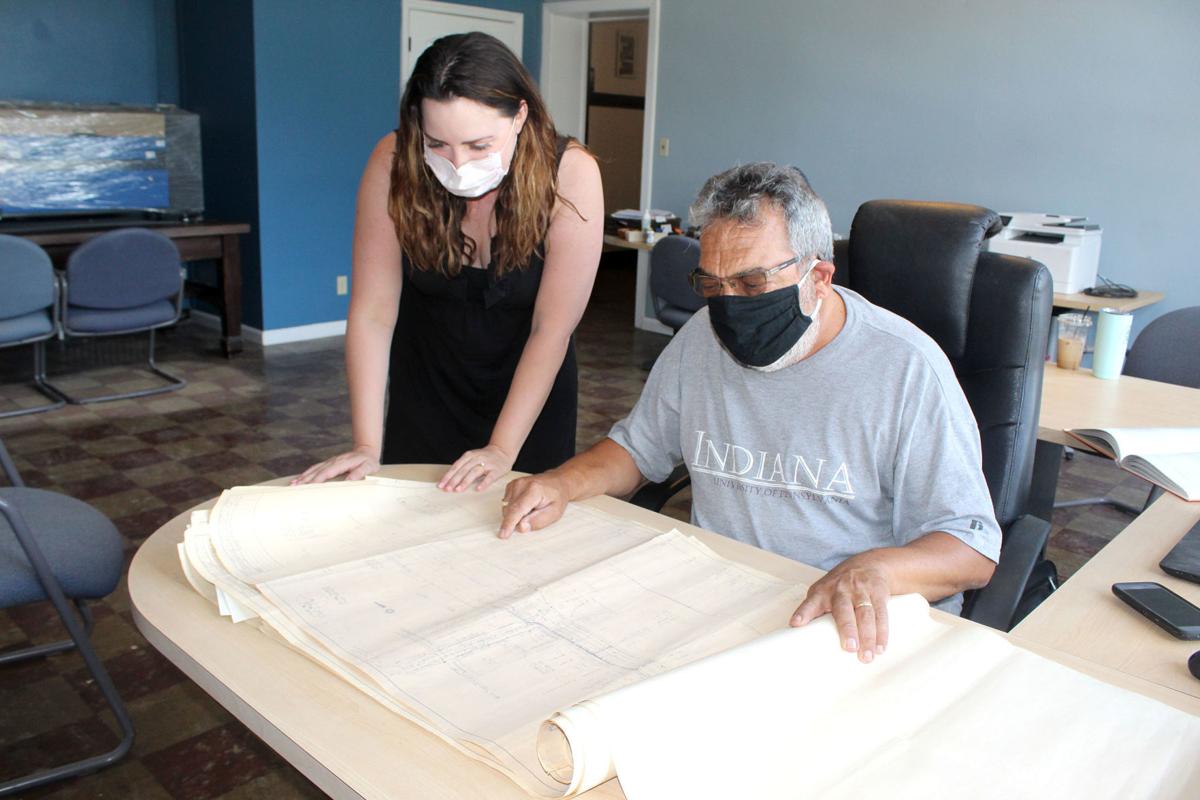 From left, TIME President Amanda Craig and Executive Director George Venios examine the plans which were used when ACF Industries purchased and renovated the Lincoln Street School building, which TIME hopes to be involved in acquiring from ACF. The plans were recently donated to TIME and the Milton Historical Society. 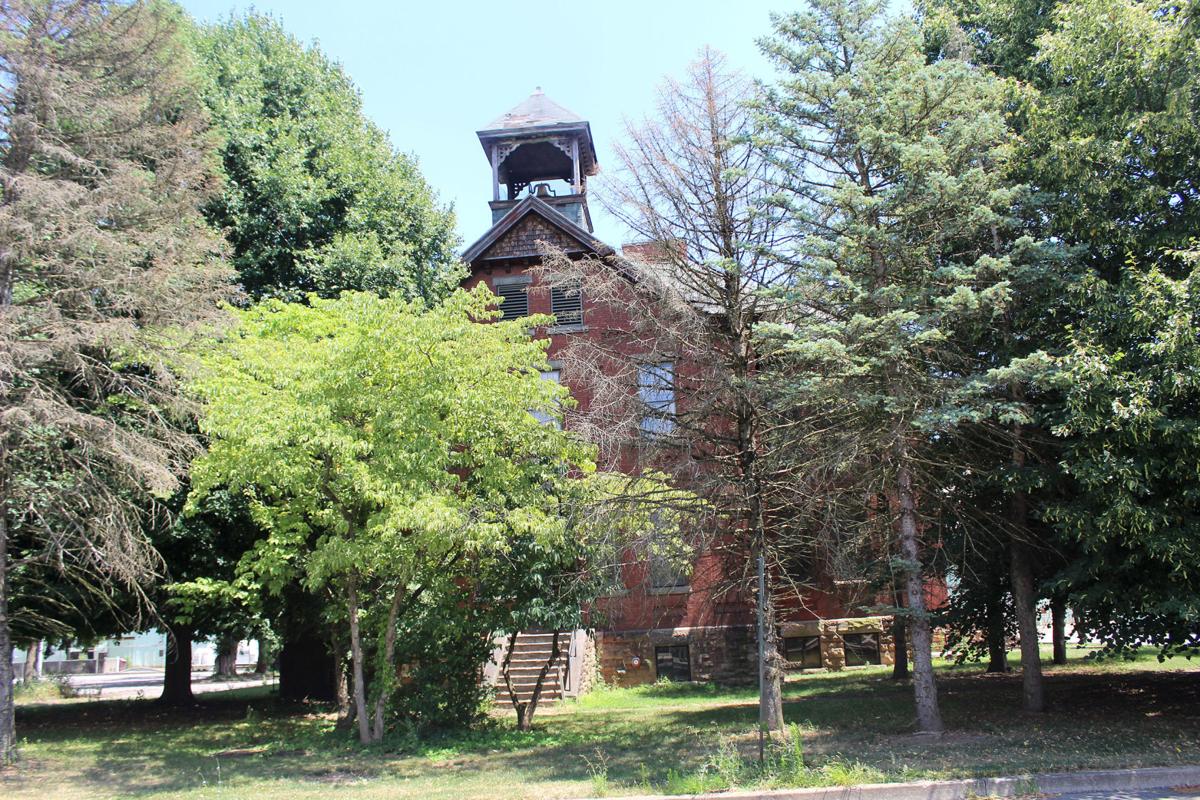 Staff and volunteers with The Improved Milton Experience and the Milton Historical Society are hoping to be involved in preserving the Lincoln Street School building, at left, currently owned by ACF Industries. 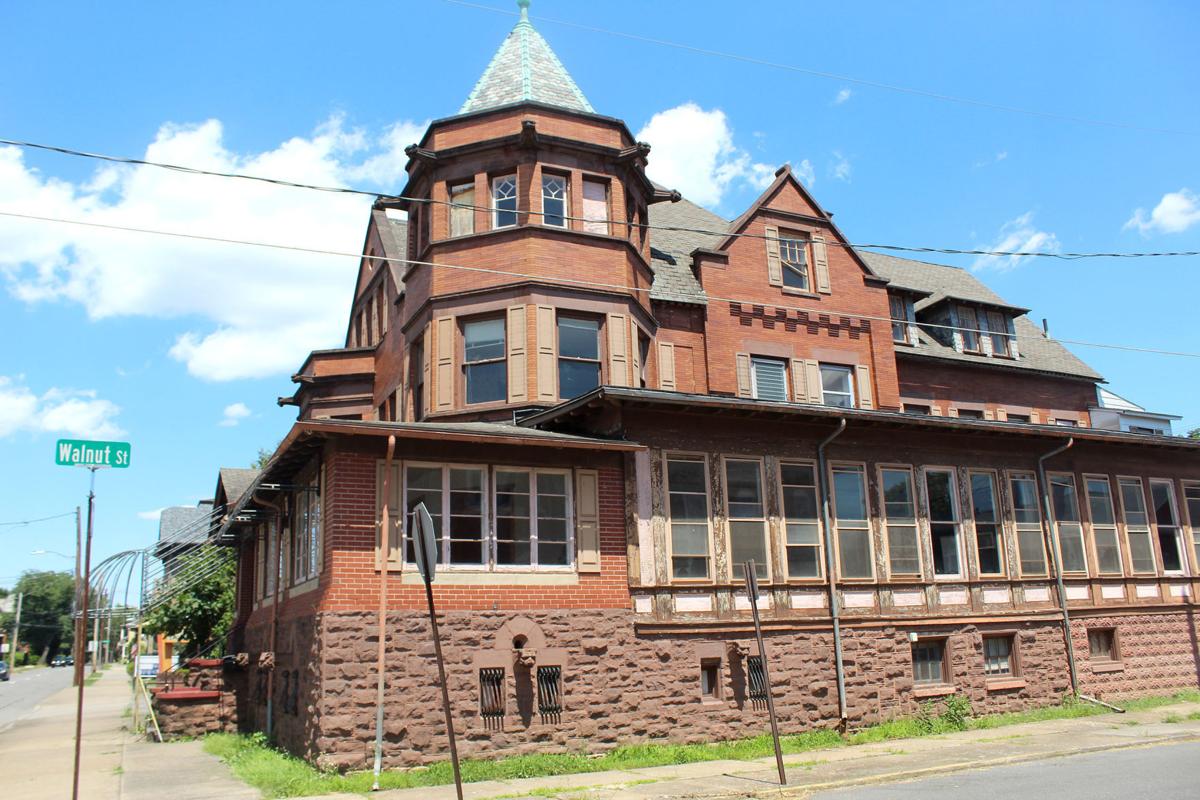 The former Hotel Milton building, at right, is one of two properties which individuals involved with The Improved Milton Experience hope to be involved in preserving.

From left, TIME President Amanda Craig and Executive Director George Venios examine the plans which were used when ACF Industries purchased and renovated the Lincoln Street School building, which TIME hopes to be involved in acquiring from ACF. The plans were recently donated to TIME and the Milton Historical Society.

Staff and volunteers with The Improved Milton Experience and the Milton Historical Society are hoping to be involved in preserving the Lincoln Street School building, at left, currently owned by ACF Industries.

The former Hotel Milton building, at right, is one of two properties which individuals involved with The Improved Milton Experience hope to be involved in preserving.

MILTON — Staff and volunteers from two Milton organizations are eyeing two separate historic properties in the borough which are in need of some tender-loving care, and that the nonprofits are interested in helping to preserve.

“We expressed an interest to them that... the historical society and TIME, we are willing to partner to acquire the (former school) building for the community,” Venios said. “We want to be the facilitators to make sure it’s not demolished. We don’t want to see it slip by.”

Millions of dollars worth of industrial equipment and supplies from the ACF property were on the auction block this week through a virtual auction.

The ACF railcar manufacturing facility has been closed since the end of 2019.

On Nov. 8, The Standard-Journal first reported speaking to two ACF employees who said they received a letter stating the plant would be closing its doors at the end of 2019.

Officials from the ACF Industries plant in Milton and at the corporate headquarters in St. Charles, Mo., have not responded to The Standard-Journal’s multiple requests for comment since that time.

“(ACF is) selling everything, the property is for sale,” Venios said, adding that to his knowledge the company does not yet have an entity lined up to purchase the site.

According to Venios, the Lincoln Street School was built in the late 1890s and used as an elementary school until the early 1970s.

Venios was working as an engineer at ACF Industries in the mid 1970s when the company purchased the former school building.

“I was one of several engineers that oversaw the development of the north end of the (ACF) plant,” Venios said. “ACF acquired many houses and the Lincoln Street School.”

While the houses were demolished, Venios said the school was renovated.

“The school was a wreck when (ACF) got it,” he said. “We kept the hardwood floors... we upgraded the electric (in the building).”

It was used by ACF’s engineering department, and later as offices for the company.

Recently, ACF Industries donated the plans that were used in renovating the building to the historical society and TIME.

Venios and TIME President Amanda Craig said they hope to soon meet with ACF executives to discuss the potential of the company donating the Lincoln Street School building to the community.

“After it’s donated, there’s a ton of money involved, you would have to pay taxes, utilities,” Venios said. “Tim would be very excited to see it made into a museum, for ACF Industries (historical items).”

Once donated, he said TIME and the historical society would coordinate the entity that would become the owner of the site.

“It could be a new nonprofit that’s started,” Venios noted. “We want to make sure that if (it’s donated) we are able to maintain (the building).”

In addition to becoming a museum, Venios said there are a number of potential uses for the site.

Craig said TIME often hears from community members asking if the organization can do anything to make sure that various historic buildings in the community in danger of falling into disrepair can be preserved.

With trees and weeds growing up around the Lincoln Street school building, and throughout the ACF property, Milton Borough Code Enforcement Officer Doug Diehl said the borough is keeping an eye on the site.

“We keep monitoring the property,” Diehl said. “There was still a superintendent and a handful of maintenance people (working there). They will continue to be doing some things.

“We will continue (monitoring) the site and act as necessary as things come up.”

Meghan Lehman, the Department of Environmental Protection’s (DEP) Environmental Community Relations specialist, previously confirmed to The Standard-Journal that DEP’s Environmental Cleanup and Brownfields Program is also involved with the property due to a petroleum release from a storage tank.

The Lincoln Street School isn’t the only historic property in the borough which TIME is interested in taking an active role in making sure it’s maintained.

Craig said the organization is looking to identify and get in touch with the owners of the former Hotel Milton property on North Front Street.

“I have not seen anyone at all at that building,” Craig said. “The hotel is another historical building we don’t want to see go into disrepair. That’s where it’s headed.”

According to Venios, the building was constructed as a private mansion in the late 1800s.

Primarily, Craig said the property has been vacant since the mid 1990s.

“We would love to have a conversation (about the building) with the owners,” she said. “A big part of what we’re concentrating on is really historical buildings we could help with. We’ve already identified a few of (the buildings).”

Like the Lincoln Street School, Craig said there are many potential uses for the former hotel building.

For example, she said the facility’s kitchen and dining area could be used for educational purposes, such as by an area college.

“We are open to a number of possibilities to see what the next steps are we could take (with the building),” Craig said.

Both she and Venios said TIME is connected with a number of different entities which could provide grant sources for rehabilitating and maintaining programming at historic properties.

“We hate seeing all of these buildings... starting to deteriorate,” Craig said. “We are ultimately hoping by refreshing them it will bring more business, more people to the downtown.”