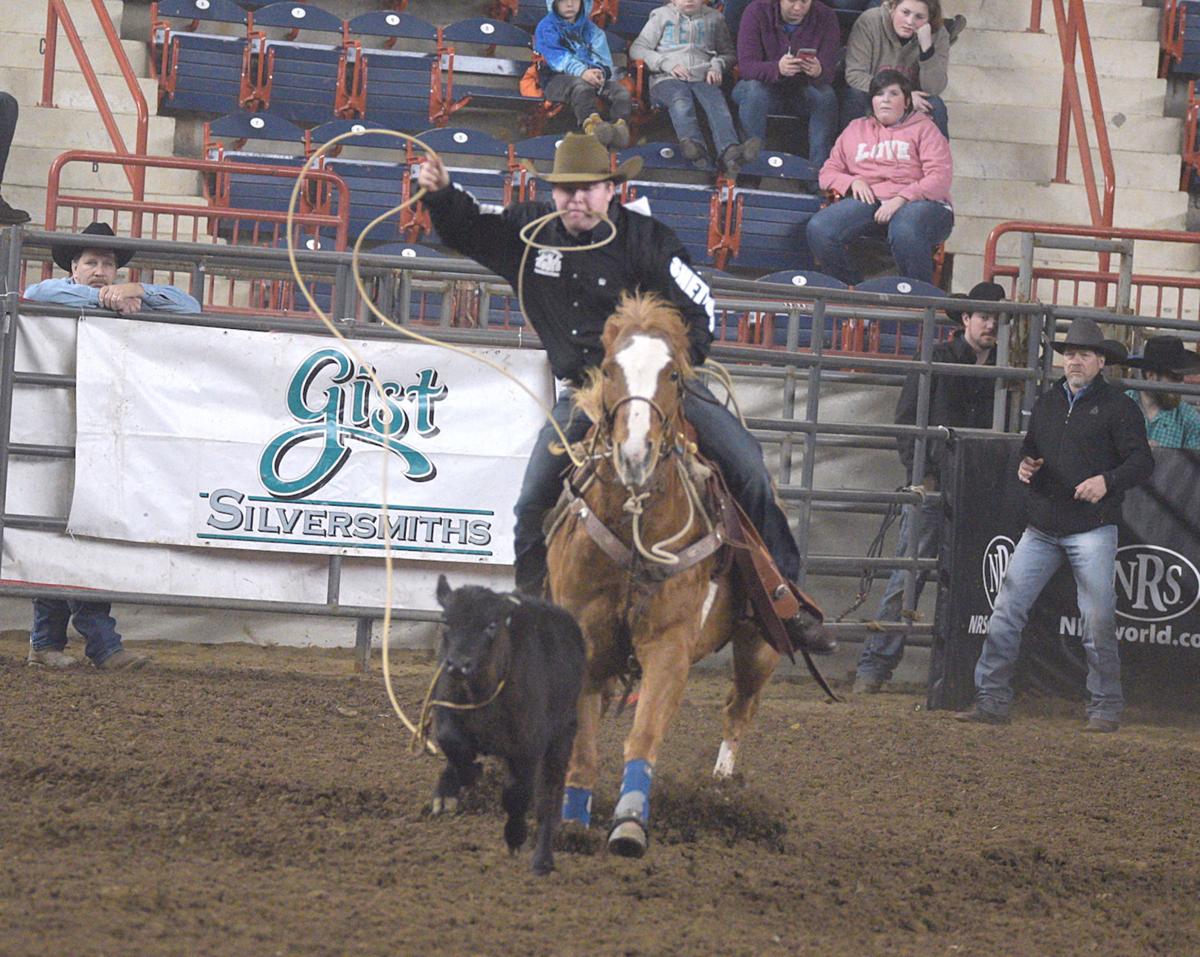 Zane Kilgus roped a calf while on his way to winning the competition at the Pennsylvania Farm Show in Harrisburg. 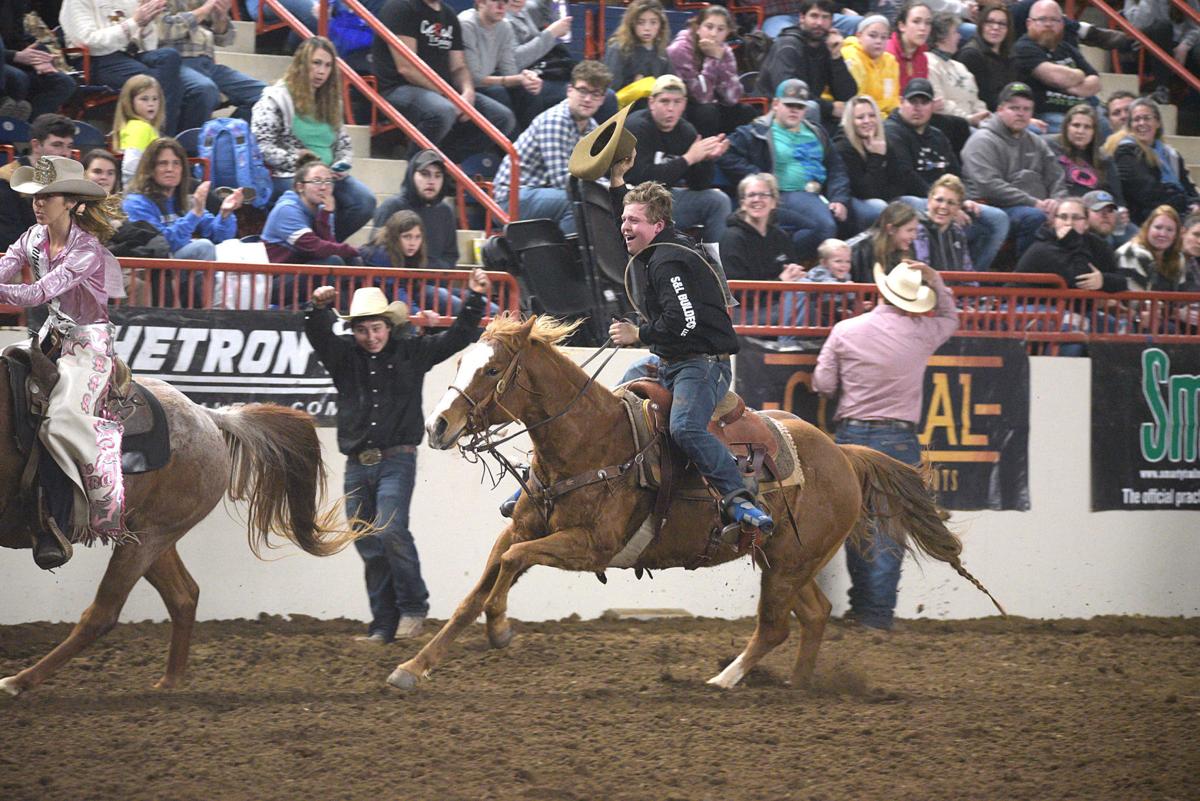 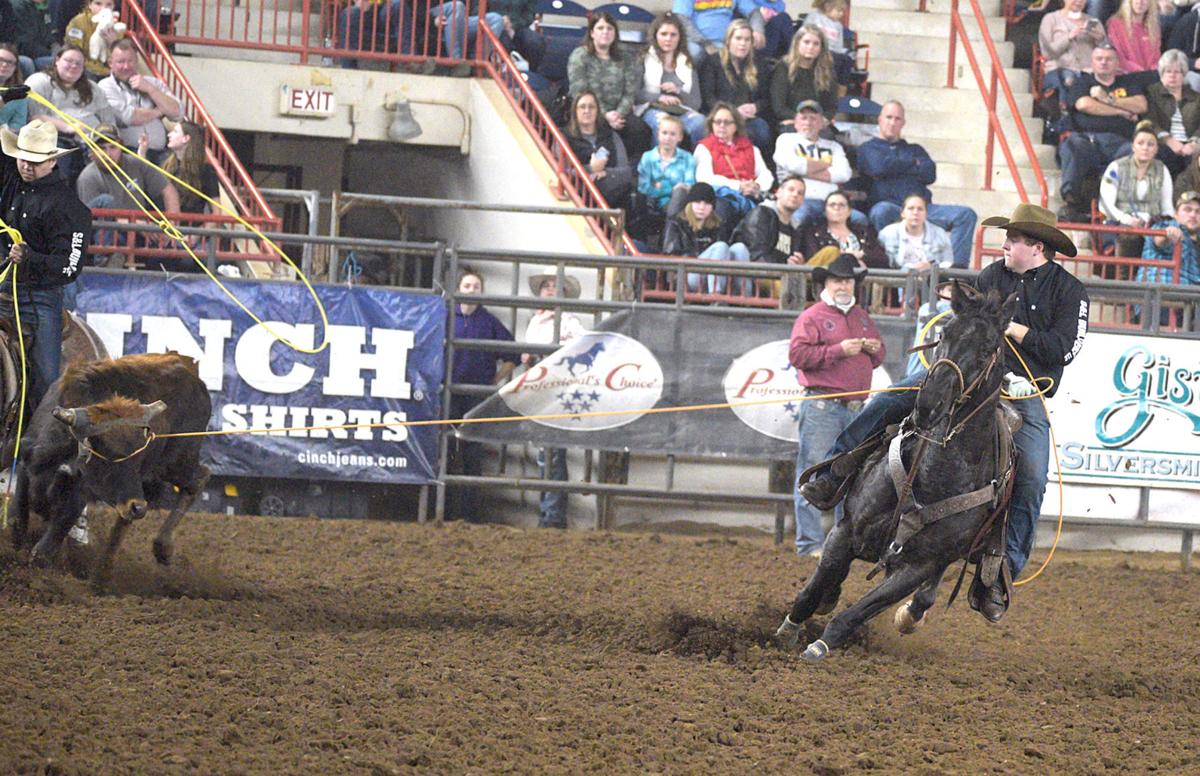 Zane Kilgus roped a calf while on his way to winning the competition at the Pennsylvania Farm Show in Harrisburg.

WATSONTOWN — A Northumberland County teenager took top honors in two different categories of the high school roping competition held over the weekend at the Pennsylvania Farm Show in Harrisburg.

“I enjoy the crowd and the loud noises, hearing your name come over the loudspeakers, the pump-up music,” Kilgus said. “I’ve always been around this stuff. It’s second nature to me.”

His parents, Ned and DeNiess Kilgus, started teaching Zane how to compete in roping competitions before he could walk.

“I kind of followed them and kept going,” Kilgus said. “In the spring, I’ll start entering pro rodeos. I went to a few of them at the end of the summer, when I turned 18.”

He hopes to compete in professional rodeo competitions in Pennsylvania, New Jersey, New York and Maryland.

Kilgus said the winner of the calf roping competition is determined based on the amount of time it takes them to rope a calf, while riding a horse.

The team roping competition is similar in nature, with two riders teaming up to rope a steer in the least amount of time. Kilgus teamed with Angel Moto, of New Jersey, to win that competition in Harrisburg.

At the farm show, Kilgus rode on two different horses for the competitions.

“I use all my own horses,” he said. “We train horses for other people in the spring, most of the summer.

“If I’m going somewhere (competing) every week, and I have three or four good horses I could take, it depends on which one has the best week (in training).”

In general, Kilgus said he has six to eight horses that he trains with on his family’s farm near Watsontown for competitions.

“I’ve been riding (Rebel) for the last month or so and she’s been doing pretty good,” Kilgus said.

He said 11 is “about the right age” to enter a horse in competitions.

“It depends on their mindset and if they’re able to take it,” he explained. “I’ve got one (horse) that I think she’s 6 now. She’s a colt and she’s pretty green. I won’t take her anywhere to compete.

“Her mind hasn’t gotten around to it yet,” Kilgus continued. “It might take until she’s 10 to get around to (competing).”

At first, he was not sure how Rebel would react to competing at the farm show.

“That place is loud and it will scare (the horses) if they’ve never been around a crowd,” he noted.

Ike was raised as a baby by Kilgus’ grandmother and trained by his father. His brother, Zach Kilgus, rode Ike in college competitions.

“I’ve been riding (Ike) about all year,” Zane said. “I’ve ridden him at the pro rodeos, I rode him in (competitions in) Texas... I know what (Ike) is going to do every time.”

He said it’s important for horses and their riders to be in sync with one another.

“It doesn’t matter how good you rope or how confident you are,” Kilgus said. “If you don’t have a good horse you know what it will do every time, you might as well not enter.”

He also noted that he spent time practicing with Moto in New Jersey the weekend prior to the competition in Harrisburg.

Next, Kilgus plans to compete Jan. 23-25 in the National Team Roping Finals in Jacksonville, Fla. In late February, he will be entering a competition in Fort Worth, Texas.

He plans to continue entering professional competitions after graduation. In addition, he will be looking to attend a two-year school to attain a degree in welding.

“I’m just kind of going every day, knowing what my end goal is,” Kilgus said. “I’d like to make it to the national finals in Las Vegas and I’d like to win a world title, or two or three.”

While that is his ultimate goal, Kilgus believes it will take him a few years to reach it.

“I know how much I’ve put into it and where I can go,” he said. “I don’t want to go (to Las Vegas) until I’m ready and I’ve got a pretty good chance (at winning).

This weekend, Kilgus will be at the farm show watching his father competing in another calf roping competition.