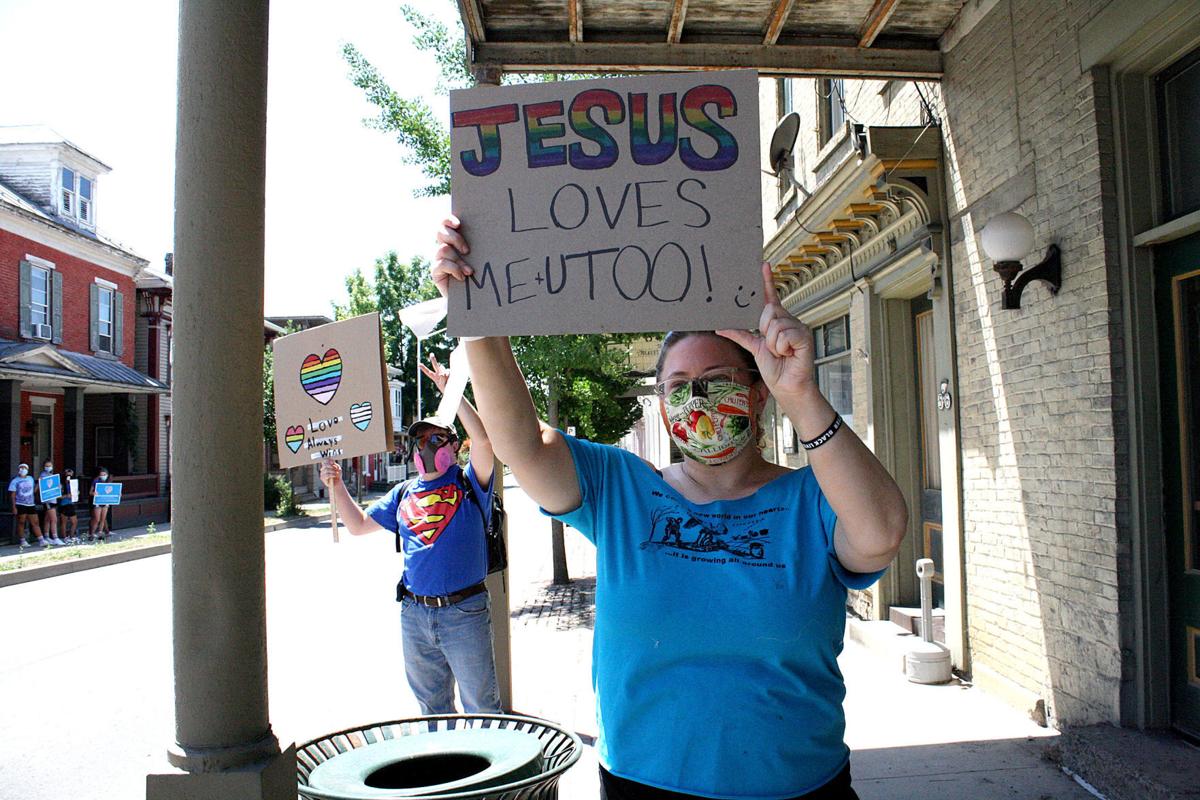 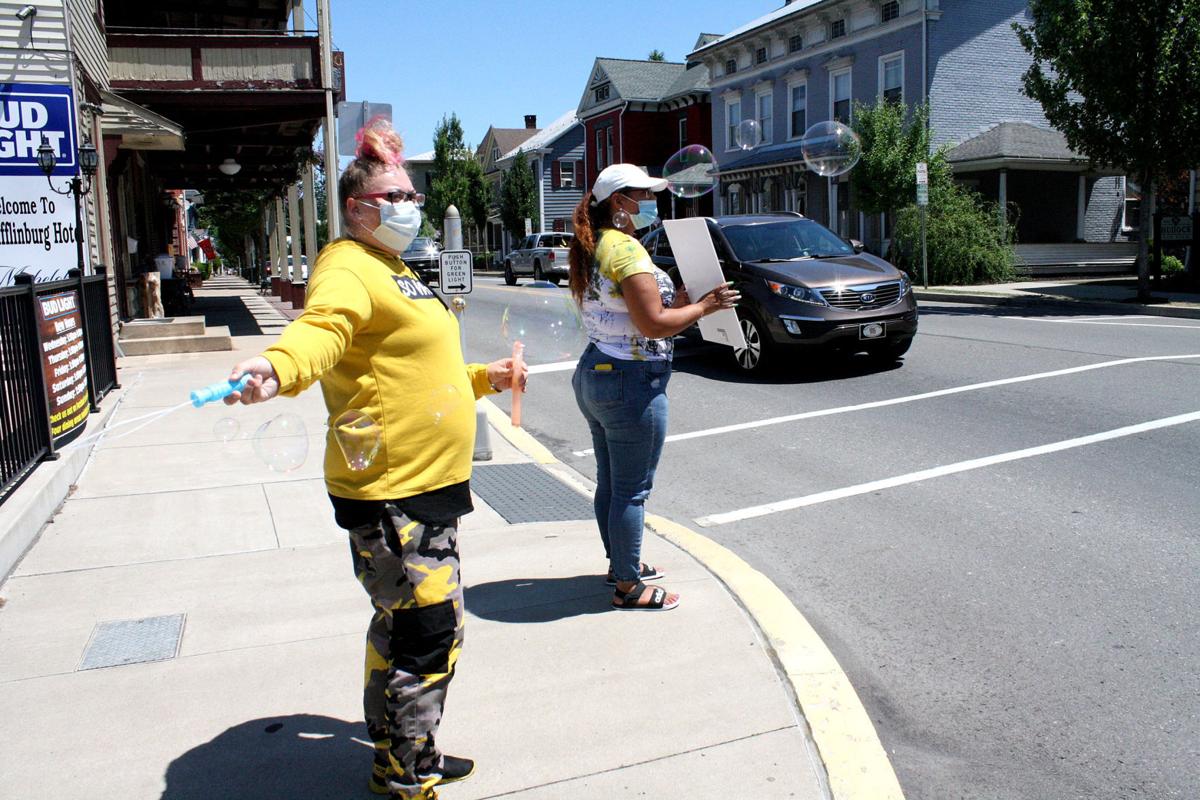 Samantha Smith, of Lock Haven, said attending the Mifflinburg Pride Event was important to her as a bisexual. 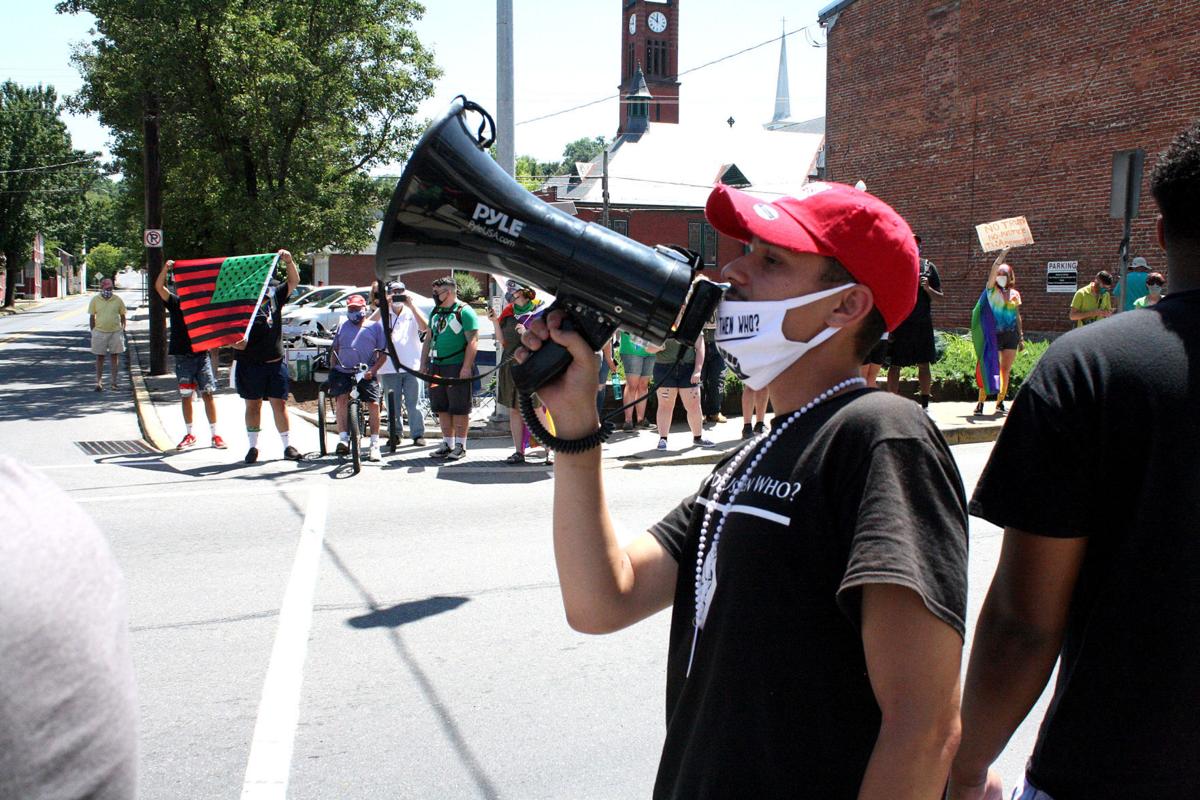 A man with an 'If Not Us, Then Who' face mask made his voice heard Sunday at Fourth and Chestnut streets, Mifflinburg. 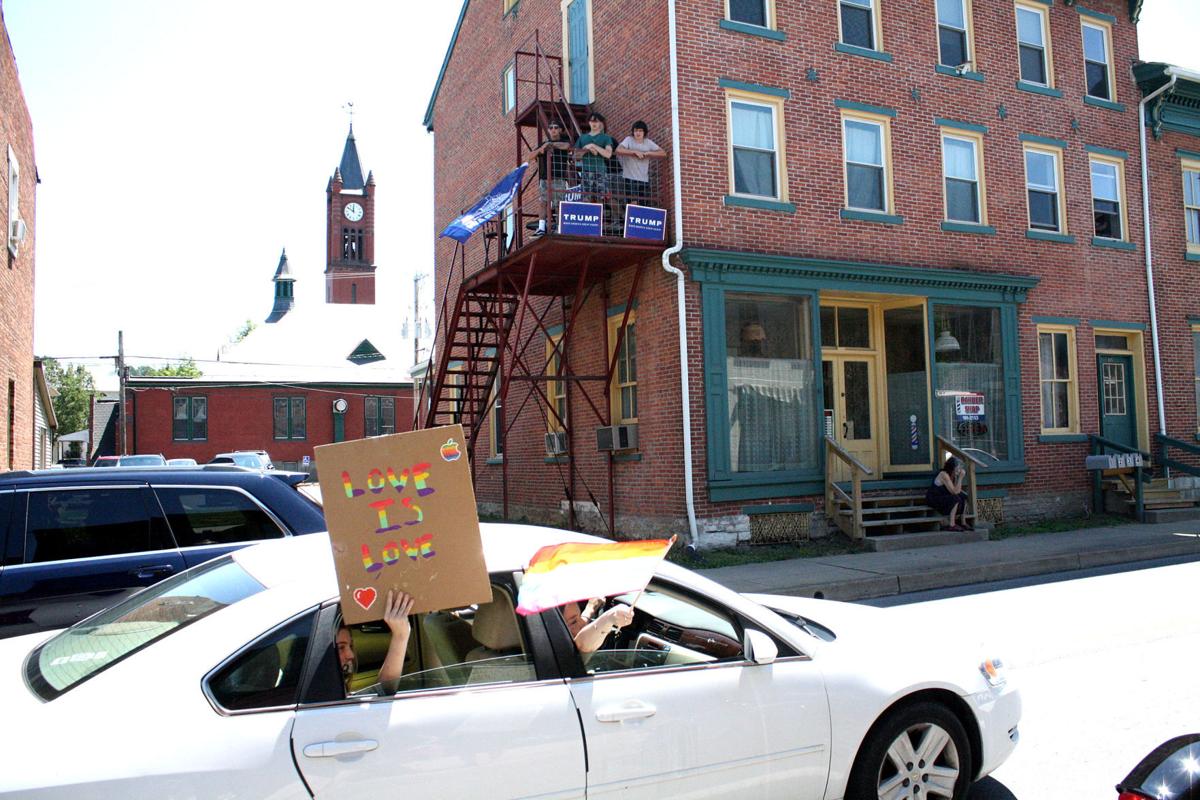 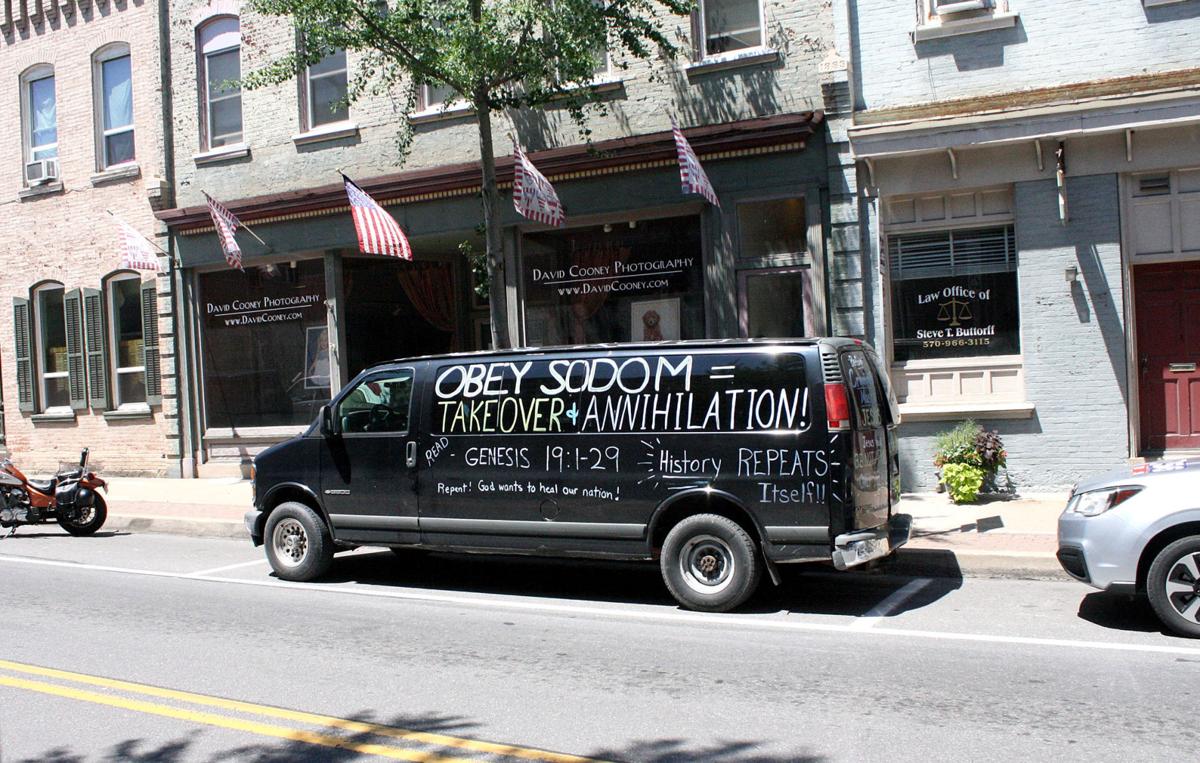 Signs, flags and messages, some religious in nature, greeted demonstrators at the Mifflinburg Pride Event on Sunday.

Samantha Smith, of Lock Haven, said attending the Mifflinburg Pride Event was important to her as a bisexual.

A man with an 'If Not Us, Then Who' face mask made his voice heard Sunday at Fourth and Chestnut streets, Mifflinburg.

Signs, flags and messages, some religious in nature, greeted demonstrators at the Mifflinburg Pride Event on Sunday.

Billed as the Mifflinburg Pride Event, the demonstration was held for three hours on what turned into a hot but breezy afternoon. Several groups sympathetic to LGBTQIA+ issues organized the event after the owners of Wenger’s Grocery Outlet reportedly put a sign at the entrance to the grocery store to which some had taken offense.

The sign has since been removed. Wenger’s held a 1st Amendment Support Rally on Saturday, July 25, which was attended by Rep. David Rowe (R-85), among others. That event also featured a chicken barbecue to raise funds for the family of Matthew Bowersox of Mifflinburg, who was murdered recently in Snyder County, along with Heather Sue Campbell.

Demonstrators at Sunday’s event, who had to register via the websites of the organizing groups, were assigned corners. Each was asked to dress in an assigned color taken from the rainbow flag associated with the movement.

Samantha Smith, of Lock Haven, was at the yellow corner and spread soap bubbles with a wand.

Smith noted supporters and opposition were freely blowing auto horns as they drove by since the start of the event.

Mary Ann Williard said she was out to support her many friends in the LGBTQ community. To her, the issues which brought her out on a hot afternoon were a matter of justice.

“This has been going on for decades, a very long time,” Williard said. “Justice for LGBTQ people, people of color and Black Lives Matter. That’s why I’m here.”

Chants were heard and often led by demonstrators assigned to do just that. Among them were Alex Boyer, of Watsontown, who said verbal replies and auto horns were an expected reaction.

“I was out in Watsontown a couple of weeks ago,” he said. “It’s unfortunate but I’m not really that surprised when our community shows up in that way any more.”

Some demonstrators were trained in deescalation techniques, including Eloise Stevens of Lewisburg.

“When people are honking, there is not much we can do except throw a peace sign at them and let them go on,” she said. “It is more when people come up and talk to us.”

Stevens said people sometimes want to upset a demonstrator and her job would then be to ease tensions.

“Deescalation is in those moments making sure everyone stays safe,” she said. “And maybe stepping in or stepping aside with someone to make sure they feel heard.”

Stevens noted a conversation earlier in the day with a person with differing views turned into something productive.

Demonstrators wearing face masks lettered with the words If Not Us, Then Who carried an electronic sound box which played music. A hip-hop track which directed a profanity to President Donald Trump was among the selections.

They stood on a corner among people carrying a Blue Lives Matter flag and a Confederate battle flag with the words “Heritage Not Hate” printed over it.

Opposition along Chestnut Street was more visual than vocal and mostly confined to flag-bearing vehicles and occasional signs on street corners. Some signage claimed the protest would not change minds and affirmed that being called a racist by ignorant people was no longer offensive.

Support for law enforcement was also evident among opponents. A hand-lettered sign in a van parked along Chestnut Street mentioned the estimated number of daily suicides among military veterans.

Organizers included Green New Deal Lewisburg, If Not Us, Then Who an Mifflinburg against Racism and Hate. Bottled water on ice and hand sanitizer was in the shade near the Scarlett D restaurant.