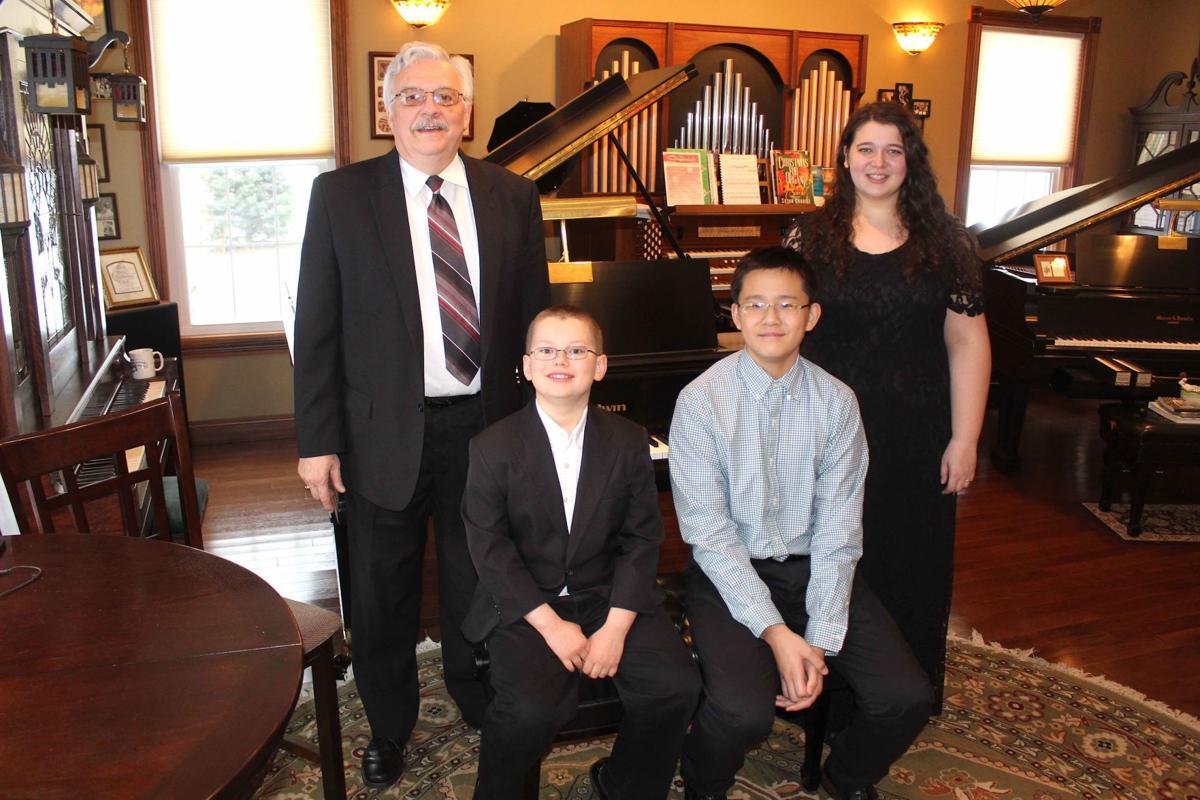 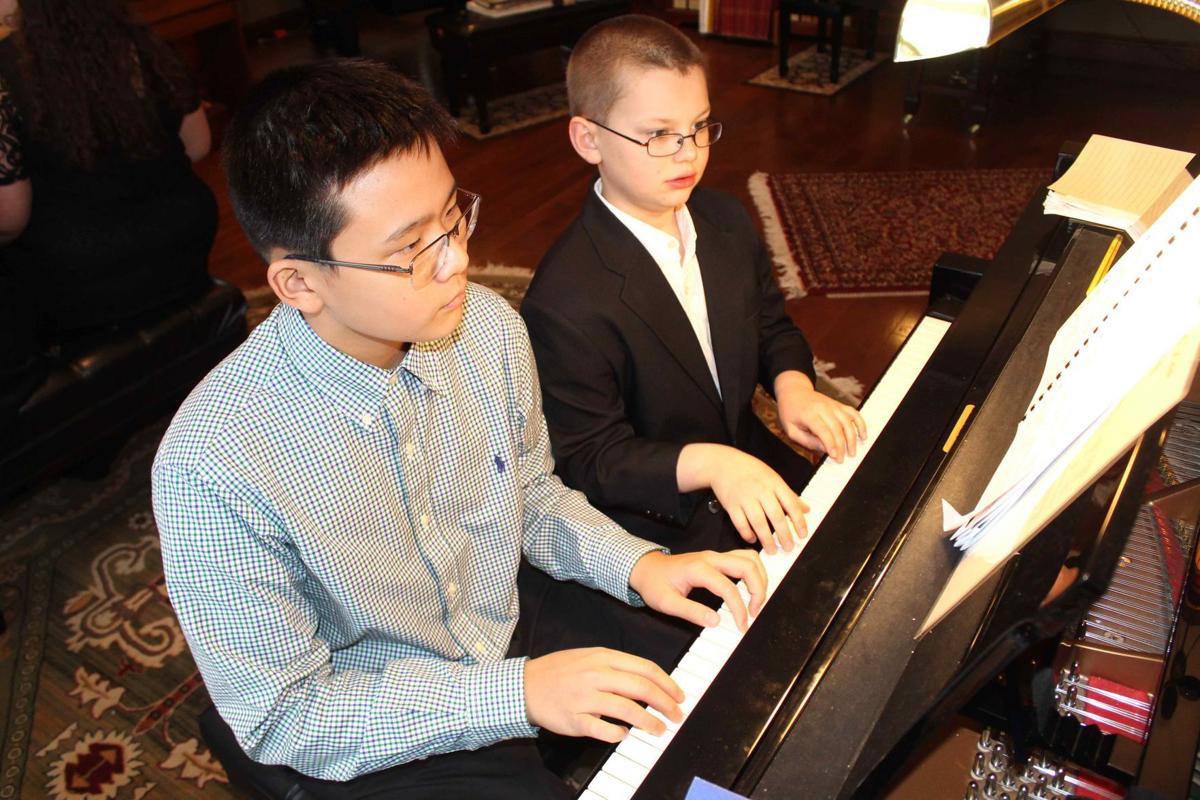 From left, Harry Feng and Benjamin Goertzen practiced for the Susquehanna Valley Piano Quartet Concert, which they will participate in at 3 p.m. Sunday, Jan. 19, at Trinity United Church of Christ, 602 Main St., Watsontown. 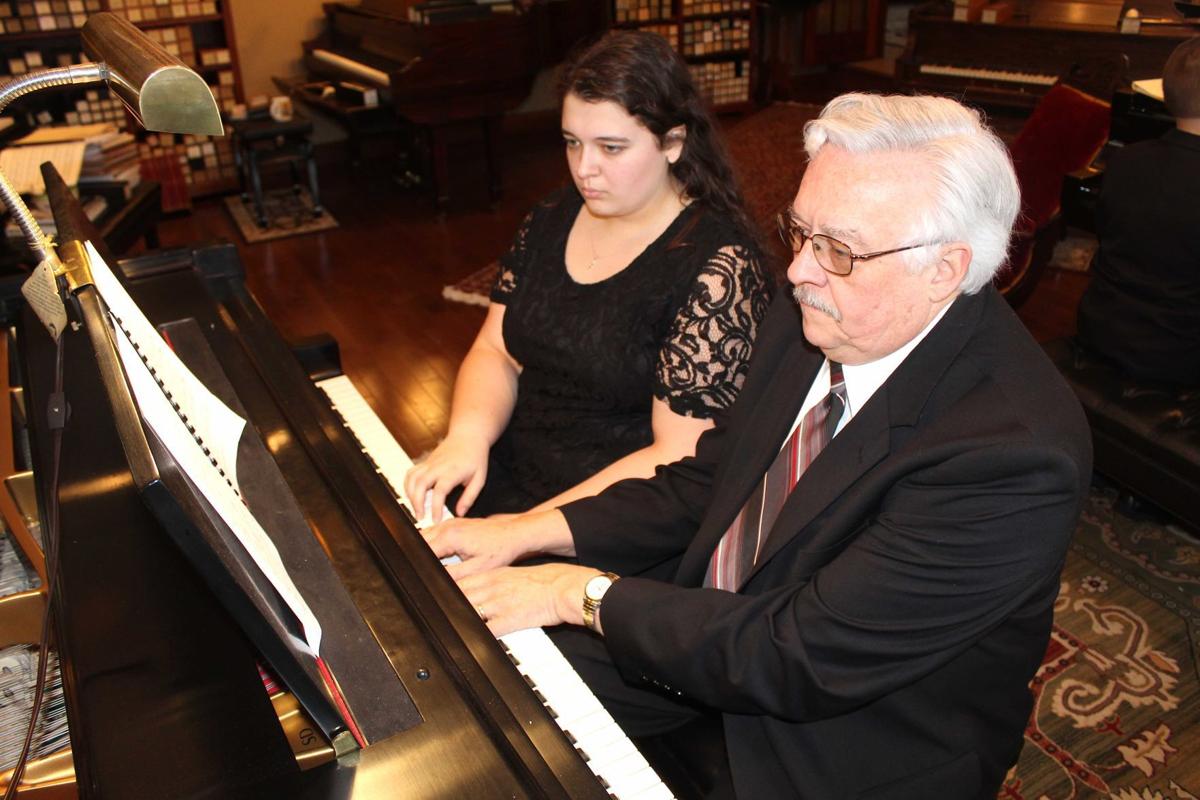 Meredith Gardner and her piano teacher John Ravert played side-by-side while preparing for for the Susquehanna Valley Piano Quartet Concert, to be held at 3 p.m. Sunday, Jan. 19, at Trinity United Church of Christ, 602 Main St., Watsontown.

From left, Harry Feng and Benjamin Goertzen practiced for the Susquehanna Valley Piano Quartet Concert, which they will participate in at 3 p.m. Sunday, Jan. 19, at Trinity United Church of Christ, 602 Main St., Watsontown.

Meredith Gardner and her piano teacher John Ravert played side-by-side while preparing for for the Susquehanna Valley Piano Quartet Concert, to be held at 3 p.m. Sunday, Jan. 19, at Trinity United Church of Christ, 602 Main St., Watsontown.

WATSONTOWN — Four local musicians have been working in unison for the better part of the past year, honing their skills in order to share their love of piano performance with the community.

Ravert, a retired educator who worked in the Warrior Run School District, has been offering private piano lessons for 55 years.

He will be joined by three of his students — Meredith Gardner, Harry Feng and Benjamin Goertzen — in presenting the Jan. 19 concert.

Over the years, he estimates that 25 different students have participated. He has given private lessons to more than 1,000 students.

“I select students (for the quartet concert) that are good sight readers, are disciplined and are willing,” Ravert said. “There’s just four of us. It’s eight hands at two pianos at the same time.

“All the music fits like the wheels of a clock,” he continued. “We’ve been working at these pieces for a year.”

Ravert noted that rehearsals ramp up in the two weeks leading up to the concert.

“We have one hour and 15 minutes worth of music,” he said.

The quartet will be playing music from a variety of genres. The students said they have been working in unison to prepare for the concert.

“It’s like preparing for a ball game,” Feng, a 13-year-old Danville Middle School student, said. “You have to work as a team.”

“I really like that it’s a quartet,” Gardner, a Warrior Run High School senior, said. “All of the piano players have to work really well together.”

She said playing in a group is different than playing solo.

“You have to learn to blend with the other piano players,” Gardner said. “In quartet pieces, you have to keep playing (if you make a mistake).”

The three students each said they’ve long had a love of music. Goertzen, an 11-year-old Maranatha Christian School student, has been playing music for six years.

Feng has also been playing the piano for about six years.

“I play out of enjoyment,” he said.

Gardner has also long had a love of music. She’s been taking lessons from Ravert for about six years.

“Playing the piano is a form of worship,” she said. “God gave us the gift of music.”

Ravert hopes those who attend the concert recognize the gifts the students have been blessed with.

“I want them to see the gifts that God has given these kids,” Ravert said. “I would like them to enjoy the music, the gift of music, the beauty of the music.”